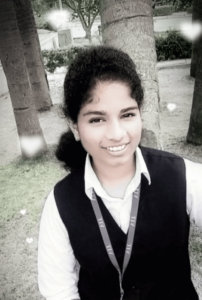 This Blog is written by Snegapriya VS from VIT Law School, Chennai. Edited by Lisa Coutinho.

The Indian tolls Act falls under the ministry of road transport and highways. The enactment of which is to confer the government with the power to levy tolls on public roads and bridges. Primarily, why do we pay a toll? And how it works? The people opt for state and national highways for faster traveling since it is less congested and lacks complex traffic. Despite this, it has stops where the travelers are required to pay money for their journey on that road. Such roads are called toll roads or tollways, and the occasional stops on the toll roads are categorized as toll booths or plazas. The radical view on the practice is that the people fund the construction of such roads and infrastructure via paying numerous taxes, which compiles road tax, income tax, wealth tax, indirect taxes, etc. Withal, they have to pay money for their passage on that by the mean of tolls. However, following the abrupt increase in motor vehicles has demanded an increased number of highways to avoid heterogeneous traffic. It is impossible to meet the demands with public funds alone; thence, the government has initiated the PPP (private-public partnership) model of road construction. Herein the private organization will manage the capital outlay and recover the construction cost via tolls. And after a certain period, the toll roads will be released to the public.

The tolls are similar to taxes but not levied on the general public, only applicable to the people using toll roads. These kinds of tolls will not be collected forever since the tolls are collected with the intention of recouping the cost of construction. However, in certain circumstances, the state or national highway will charge a toll reduced to 40 percentages for the purpose of maintenance.

The Indian Tolls Act of 1851 is the bedrock on which the Indian system of toll collection has constituted. This old legislation was enacted by the governor of Bengal presidency, which bestows the government authority to impose and collect tolls on certain public roads and bridges. Subsequently, the Act has been amended twice, the former in 1864 and the latter in 1888.

The Act of 1851 enables the government to appoint a collector to collect the levied tolls. It provides a privilege to the on-duty police officers by exempting them from paying tolls. Further, in 1906, the Indian Tolls (Army and Air Force) Act was introduced as an amendment of prevailed law related to exemption of person and property belongs to the army in paying tolls.

The practice of toll financing has destined to be lucrative public financing since it offers an opportunity to invest even without foisting additional pressure on the government budget. This umbrella legislation enables the government to appoint collectors though which the private capital could also avail for road and bridge constructions. The improved quality of maintenance is comparatively better than the other free facilities since the collected tolls are utilized rather than disturbing the central resource.

Section 1A of the Act dealt with its extent of jurisdiction.

Section 2 of the Indian tolls Act of 1851 provides that it is up to the state government to decide the tolls levied on any existing roads and bridges, or the same will be constructed later. It provides that the incumbent is on the government to appoint a collector for the sake of collecting the tolls.

The Act of 1864 permits the legitimate collector to compound for the tolls leviable under the 1851 Act for any period, not more than 1 year.

Section 3 of the Act allows the officer (appointed under the previous Section) to seize and sell the chargeable property of a person in the case of any non-payment in the levied toll. Under this bestowed power of recovery of toll, the officer may sell the seized property sufficient to defray the unpaid toll via Auction. The said Section even provides the release of the seized property only after when the person liable for the toll payment has made double the amount of toll payable by him, and agrees to tender the amount of all the expenses.

Section 4 of this Act exempts the on-duty police officer and qua the custodian of any person or property from paying the tolls.

Section 5 prescribes the police officers to aid the appointed officer or collector to attain efficaciousness.

Section 6 penalizes the act of any person, who unlawfully discharges the role of the appointed officer and thereby gets the wrongful gain under the light of the Act. The said Section also dictates the punishment for the offender and the compensation to the aggrieved party.

• Imprisonment for the term of maximum six months, or

The aggrieved party could avail of this awarded fine. Besides, such a person is free to file a civil suit.

Section 7 of the Act addresses the formulation of a table of tolls or scheduled tolls list in toll plaza.

The said Act expounds the utilization of the collected tolls under its Section 8.

In the case of Federation of Noida Residents Welfare Association v. Noida toll Bridge Company Ltd and Ors. [1], A PIL was filed against the private company entitled ‘Noida Toll Bridge Company’ for their act of collecting higher tolls for DND Flyway Bridge. Even though the company has been empowered by the ‘Noida’ (New Okhla Industrial Development) Authority to impose and increase the user fee (toll), the Allahabad High Court restricted the Noida toll bridge company from collecting the toll/user fee for using DND flyway. Further, the court has elucidated the Indian tolls Act as; the status quo case is contradicting the concept of tolls under the Indian tolls Act, 1851. Since Section 2 of the Act only empowers the government or public Authority (herein the Noida Authority) to levy tolls on bridges. Withal, the court states that the contract for collecting such imposed user fees can be given to the collector, but only for a specific period.

The case of Mohammad Ibrahim v. State of U.P and Ors. [2]  challenged the constitutional validity of Section 2 of the Indian Tolls Act, 1851 on the grounds of multiple contentions. Firstly, denoted that it is acting ultra vires qua it violates Articles 301 and 305 of the Indian Constitution and Secondly, assigning excessive delegation power to the state government. Per contra, the court has held the Section 2 of the Indian tolls Act is intra vires of the Constitution. Likewise, in Sushan Chandra Pal and Ors v. State Of West Bengal and Ors [3], the same was held by the Calcutta High Court.

The Indian Tolls Act of 1851 has laid down the foundation for the toll practice governance in India. As mentioned, the rising need for expressways and highways will not be satisfied only with the general public funds. Consequently, the toll roads were constructed to meet public welfare in conjunction with recouping the capital expenditure, which includes the cost of construction, maintenance, and so on. In the said Act, Section 2 is the key provision against which the catena of suits has lodged to challenge its constitutional validity. Even it is not a trite law like Section 124A or 499 of the code, Section 2 of the Indian Tolls Act has lambasted qua it merely empowering the state government to fix the rate of tolls on roads and bridges. Regardless, The Indian courts have never failed to uphold its constitutional legitimacy. For instance, the same was held in the cases of Maheshwari Singh v. State of Bihar[4], and Baldeo Choudhary and Ors v. State of Bihar and Ors. [5]

On the other side, this Act shall not cease the immunity of any on-duty police officer in paying the tolls. And parallelly, it contributes to the enforcement of the Indian Tolls (Army and Air force) Act of 1901, which exempt the on-duty army personals and their properties from toll payments. Even though the toll rate differs from one booth to another, in accordance with distance traveled by the commuters, the rate of toll tax will be determined each year by the NHAI with reference to the National Highway Act of 1956 and the National Highways Fee (Determination of Rate and Collection) Rules of 2008.

Despite this elucidated Act, the prominent toll policy on collecting toll tax is based on the provisions of the National Highway Act of 1956 and the amended National Highways Fee (Determination of Rate and Collection) Rules of 2008. And exempt certain VIPs from paying tolls. For example, the toll Naka Rules exempts government officials like the president of India, the prime minister of India, the governor of any state, Chief Justice of India, etc. Lieu, the concept of the toll was crystallized and introduced by the Indian tolls Act of 1851.