Accelerated Promotion with Consequential Seniority For SC/ST in Karnataka 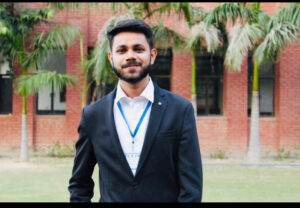 India has a long agreement with Reservation, which was has a lot to do with its historical caste system as well as, the current political and social influences. Caste has been the main source of discrimination and exploitation throughout the history. Caste system in India prevailed in Vedic period but is still present in the contemporary society. Caste is described as any of the ranked, hereditary, endogamous social groups, often linked with occupation, that together constitute traditional societies in South Asia, particularly among Hindus in India. Although sometimes used to designate similar groups in other societies, the “caste system” is uniquely developed in Hindu societies.

André Béteille has explained caste in the book ‘Encyclopedia of Social and Cultural Anthropology’ as the “Fundamental social institution of India. Sometimes the term is used metaphorically to refer to rigid social distinctions or extreme social exclusiveness wherever found, and some authorities have used the term ‘colour-caste system’ to describe the stratification based on race in the United States and elsewhere. But it is among the Hindus in India that we find the system in its most fully developed form although analogous forms exist among Muslims, Christians, Sikhs and other religious groups in South Asia. It is an ancient institution, having existed for at least 2,000 years among the Hindus who developed not only elaborate caste practices hut also a complex theory to explain and justify those practices (Dumont 1970). The theory has now lost much of its force although many of the practices continue.”

WHY DOES CASTE MERIT RESERVATION?

The Hindu religion is basically divided into four castes i.e. Brahmins, Kshatriyas, Vaishyas and Shudras, the division is based on social standing, occupation and social standing. Brahmins are considered as the most superior caste followed by Kshatriyas and Vaishyas whereas Shudras are considered to be the lowest among all. Shudras were also called as ‘untouchables’ and were exempted from all benefits of society. It prevailed so adamantly that even the shadows of the lower caste were considered as a ‘sign of impurity.’ Hence, Reservations were needed in order to uplift the unending miserable condition of the lower caste people. It helped bridge the gap between economic and social differences among the castes. Many scholars believe that the concept of Reservation was started by The Maharaja Shahu, king of the princely state Kolhapur around 1902 for non-Brahmin caste. This concept got support from Mysore and the princely states of Travancore and Kochi. Yet, caste remained to prevail in the country.

At the time when India was colonized by the British, the lowest form of caste discrimination was ‘untouchability’ and most of the Dalit were categorized as untouchables. The Round Table Conference of 1932 played an important role in reservation history. Mahatma Gandhi and B.R Ambedkar both put front their differences on reservation but after several efforts they both arrived at a solution that later came to be known as the Poona Pact. The lower classes were offered a specific number of seats from different constituencies. Dr. Ambedkar agreed to have a single Hindu electorate with number of seats of the Dalits to be reserved. This class constitutes SCs/STs at present. Amendments were done in Reservation policies post-independence, the government undertook several measures and policies to reserve a certain number of seats in public jobs and government-aided educational institutions for the SCs and STs. It was then further extended for the Other Backward Classes or OBCs in 1992. Today 50% reservation is allowed to SCs, STs and OBCs in educational institutions and in government sector. In 2019 a bill for providing 10% reservation to economically backward class people has been passed. If implemented, the reservation will increase to a total of 60%.

RESERVATION PROVISIONS IN THE INDIAN CONSTITUTION

Reservation system is strongly supported by the Indian Constitution, it is also important to acknowledge its different references in different parts of the constitution. The preamble of the Indian Constitution reads as “Equality of status and of opportunity”. It was a justified step taken by the leaders to uplift the neglected for the overall development of the society. It gave a chance for equal opportunities and equal status in society and culture. Articles such as Article 15 (4), 16 (4) and 46 are related to reservations. Constitution of India guarantees two types of rights, first Legal Rights and second Fundamental Rights. Legal Rights are protected by an ordinary law, but they can be taken away or altered by the legislature by changing that law whereas Fundamental Rights are protected and guaranteed by the Constitution and they cannot be taken away by an ordinary law enacted by the legislature.

Article 14 of Indian Constitution gives the Right to Equality which is a Fundamental Right as well which provides equality irrespective of religion, race, gender, caste or place of birth. It also includes the right of equal opportunity in employment as well as the abolition of titles and untouchability.

Article 15(1) and (2) provides for the state to not discriminate anyone based on religion, caste, sex, colour or place of birth. After the 1st Amendment Act, 1951 the power to make special provisions for the development of socially and educationally backwards or the SC and ST were added in the constitution.

Article 16 (1) and (2) gives equal opportunity to citizens for government jobs, however Article 16 (4) gives the power to the state to make laws for reservation for the socially backward class whom they find inadequately represented in the services. The term ‘backward classes’ was interpreted by the Supreme Court as ‘socially and educationally backward class’.

Article 17 of the Indian Constitution eliminated untouchability and the Untouchability Act was passed in 1955 which eventually made untouchability a punishable offence. Overcoming the practice of untouchability was the biggest victories after the independence which gave a path for equal opportunities for everyone and also reservations for the untouchables or the lower class people.

Article 46, instructs the state to encourage economic and educational interests of the ‘weaker sections of the people’ and also directs the state to ‘protect them from social injustice and all forms of exploitation’.

In 1979, the Mandal commission was formed to check and report who falls under the backward classes and how can they be determined. Their objective was to identify the socially or educationally backward classes of India. The committee was led by B.P. Mandal who reported that 52% of the country’s population belonged to the OBCs.  The report recommended 27% reservation to the members of OBCs however these suggestions were adopted by V.P. Singh government in 1990 which faced massive protests, especially by students throughout the country.

Almost all states have reservation quota up to 50% except Tamil Nadu and Maharashtra. Many castes such as Gujjars, Jats, Patels etc. have demanded reservation in past some years. Union Cabinet in 2019 passed a bill stating that 10% reservations will be provided to the ‘economically weaker sections’ or EWS in educational institutions and jobs. This is the first time when reservation is given on the basis of economic condition.

The Reservation Act 2018 was headed in time by the Karnataka Determination of Seniority of the Government Servants Promoted on the Basis of the Reservation (to the Posts in the Civil Services of the State) Act 2002. Reservation Act 2002 was challenged in B.K. Pavitra v Union of India, (2017) 4 SCC 620 for its constitutional validity where it was held that some sections of the Act are ultra vires to the constitution, for instance Sections 3 and 4 of the Reservation Act 2002 were held to be ultra vires Articles 14 and 16 of the Constitution because an exercise for determining inadequacy of representation, backwardness and the impact on overall efficiency had not preceded the enactment of the law. However in M Nagaraj v Union of India, (2006) 8 SCC 212 it was ruled that such an exercise was held to be mandated by the decision of a Constitution Bench of the Supreme Court.

The court struck down the Reservation Act, 2002 on March 22nd 2017; it was held that the state had failed in order to provide compelling evidence justifying the consequential seniority policy. State was also granted a 3 months period of time to take further actions. Following the order, Ratna Prabha Committee was formed by the State of Karnataka to submit a quantitative report signifying the three Nagaraj criteria: i. Current backwardness of SC/STs, ii. Organized representation of SC/STs in Government Departments, iii. Effect on administrative efficiency due to reservation in promotion. Karnataka passed the 2018 Reservation Act on the basis of Ratna Prabha Committee’s report. The petitioners argued that the state legislature has again re-enacted the earlier legislation without correcting its flaws.

In B.K. Pavitra v. Union of India – II, the Supreme Court observed Article 335 of the Constitution states that the claims of the members of the SCs and STs shall be taken into consideration, with the maintenance of efficiency of administration and upheld the validity of the 2018 Reservation Act that introduced consequential seniority for SC/STs in Karnataka public employment. The court also held that a ‘meritorious’ candidate is not merely one who is ‘talented’ or ‘successful’. The court focused on two issues:

1) BK Pavitra I struck down consequential seniority so is the Reservation Act 2018 a legislative overruling of BK Pavitra I?

2) Is the Reservation Act 2018 in conformity with the Constitution Bench judgments in Nagaraj and Jarnail Singh?

The M Nagaraj v Union of India required the state to produce convincing evidences in order to introduce reservation in promotion policy. Specifically, the state should have to demonstrate three criteria: (i) maintenance of administrative efficiency, (ii) further backwardness and (iii) inadequate representation. Here, Jarnail Singh eliminated the first criteria, but also it introduced the elimination of creamy layer. Creamy Layer or the high income sub-group of an SC/ST cannot claim for reservation in promotion.

It was held that the Reservation Act 2018 is not a legislative overruling of BK Pavitra I while addressing the first issue. Justice Chandrachud stated that the 2018 Act changed the basis of BK Pavitra I by providing data. He held that corrective legislation is constitutionally possible. While addressing the second issue, the court thoroughly examined every data provided by the State demonstrating backwardness, inadequate representation and administrative efficiency.

Justice Chandrachud clarified that the Court’s power of judicial review was limited, and the court can only strike down the legislation if it is found that the Ratna Prabha Committee’s report to be extraneous or arbitrary in nature. The data submitted was considered acceptable by the court and hence the Reservation Act 2018 was upheld.

Next the court looked into the administrative efficiency, where it was accepted by the court that the claim of the committee that the state of Karnataka showed high performance in various sectors despite reservation in public jobs. It wasn’t discussed in specifics and the report concluded that it is wrong to say that reservation for SC/ST has negatively impacted efficiency. The court gave a representative definition of efficiency, Justice Chandrachud cited Amartya Sen and stated that merit should be measured as an action that leads to societal good. A merit candidate is not an extra-talented candidate but one whose appointment is helpful in uplifting SC/STs constitutionally.

The order validating the Karnataka Reservation law is a significant step in the long debate between ‘merit’ and ‘social justice’. The Supreme Court’s decision straightly rejects the notion that quotas or reservation affect efficiency. The order is also notable for being the first instance of quantifiable data being used to justify reservation. Here the most important principle in this decision is that where reservation for SC/ST candidates is concerned, there is no need to demonstrate the ‘backwardness’ of the community. Thus, the judgment is the historical and social justification for according reservation.