All About Reserve Bank Of India Act, 1934 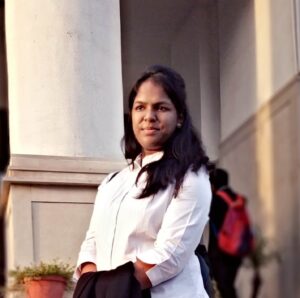 This Blog is written by Rashi Aggarwal from Delhi Metropolitan Education, Noida. Edited by Ritika Sharma.

The apex bank of India which is also known as Reserve Bank of India and all the other banks are governed under this bank. RBI is the main body of all the banks that regulate monetary policies of the economy. It serves as the leader for the banking system and money market in India. RBI carries out India’s monetary policies and exercises supervision and control over banking and non-banking finance companies in India. RBI was set up in 1935 under the RBI Act, 1934.

The central bank is an independent apex monetary authority which regulates banks and provides important financial services like storing of foreign exchange reserves, control of inflation, monetary policy report. A central bank is known by different names in different countries. The function of the central bank may vary from country to country and are autonomous or body and perform or through another agency vital monetary functions in the country. A central bank is a vital financial apex institution of an economy and the key subjects of the central banks may differ from country to a country still they perform activities and functions with the goal of maintaining economic stability and growth of an economy.

RBI commenced its operations on 1st April 1935 under the RBI Act, 1934 with the aim to make monetary policy in India to follow in law and order and no one misuse the powers and authority of the position. The preamble of the act says: –

“to regulate the issue of Banknotes and keeping of reserves with a view to securing monetary stability in India and generally to operate the currency and credit system of the country to its advantage; to have a modern monetary policy framework to meet the challenge of an increasingly complex economy, to maintain price stability while keeping in mind the objective of growth.”

It is clear from the preamble that the main objective of this act (RBI Act, 1934) is to secure the apex bank from fraudulent cases and also to make people aware of the powers and authority of RBI, Act of 1934 is the legislative act under which reserve bank of India was formed. This act along with companies act which was amended in 1936, was meant to provide supervision of banking firms of India.

Digging to the history of RBI, it goes to 1921. The imperial bank was formed as a central bank by the British government in the year 192. But, the bank fails to give the best performance and didn’t achieve any success as a central bank. Then the government asked Hilton Young Commission 1925 to view this subject. The commission submits their report saying that one single organization can’t be able to act as two separate agencies. So, it is required to set up a brand new central bank. On 1st April 1935 RBI was set up and nationalized in January 1949.

SUMMARY TO THE ACT

Section – 1 of the act clearly describes the extent of the act, that is, the limit and the area till where the act is applicable and can be applied. While, Section – 2 of the act provides the various definitions of banks, corporations, the central banks, etc. so that it is clear in the mind of both citizens and officers to the RBI. The act contains the definition of scheduled banks as they are mentioned in the 2nd Schedule of the act, these are the banks that have paid-up capital and reserves above 5 lakhs.

The most confusing and controversial section of the act is Section – 7. This section was substituted by Act 62 of 1948 w. e. f. 1st January 1949. Though this section is used very rarely by the RBI, it puts restrictions on the autonomy of the RBI. Section 7 states the central government can legislate the functioning of the RBI through the RBI board and, RBI is not an autonomous body. Section – 17 defines how the working of RBI should be done and the manner in which RBI can conduct the business. Section – 18 deals with the emergency loans of the bank. Section – 21 states that RBI must conduct banking affairs for central government and public debt. Section – 22 states that only RBI has the exclusive right to issue currency notes in India. Section – 24 states that the maximum denomination a note can have is Rs. 10,000

Section – 26 of the act describes the legal tender character of Indian banknotes. Section – 28 allows the RBI to form rules regarding the exchange of damage and imperfect notes. Section – 31 states that in India only the RBI or central government can issue and accept promissory notes that are accepted and payable on demand. However, the cheques that are payable on demand can be issued by anyone. Section – 42(1) says that every scheduled bank must have an average daily balance with the RBI. The amount of the deposit shall be more than the certain percentage of its net time and demand liabilities in India.

FUNCTIONS OF THE RBI

As per RBI act 1934, three types of function as that of any other central bank-

• Banking function- It includes all those functions that are solely performed by a central bank and cannot be performed by any other bank like a bank of issue, banker to the government, bankers’ bank and lender of last resort, controller of credit, custodian of the foreign reserve, etc.

• Supervisory function- The Reserve Bank Act, 1934, and the Banking Regulation Act, 1949 have given the RBI wide powers of supervision and control over commercial and co-operative banks, relating to licensing and establishments, branch expansion, liquidity of their assets, management and methods of working, amalgamation, reconstruction, and liquidation.

• Promotional function- With economic growth assuming a new urgency since independence, the range of the Reserve Bank’s functions has steadily widened. The Bank now performs a variety of developmental and promotional functions, which, at one time, were regarded as outside the normal scope of central banking.

• A complaint was filed against the State Bank of India when the complainant who is holding a savings bank account in the bank, came to know that his passbook was missing from his room and applied for a duplicate passbook. On receipt of the same, he noticed that Rs.800/- had been withdrawn from his account, which was due to the negligence of the concerned official who did not take it seriously because of the paltry amount involved. Held that if the bank official was not careful and vigilant in verifying signatures of the account holder with signatures presented while withdrawing amount and some unauthorized person withdrew the money, it would amount to deficiency in service on the part of the bank. State Bank of India v. Amar Kumar Prem – 2005 (2) CPR 261.

• It is for the Bank to decide whether a particular party is eligible for credit within the framework of the credit policy laid down by the Government of India and the Reserve Bank of India. It will not be open to the Commission to substitute its judgment for the decisions to be taken by the Bank for giving bank credit. If there is any evidence of proved abuse or exercise of their authority for giving credit by bank Officials, Redressal has to be sought from the officers of the Bank in their higher echelons, the Reserve Bank of India and the Government of India who has laid down the guidelines and norms for Bank credit. Ram Kripal Bhargava v. Union Bank of India & Ors 1991(1) CPR 448 (NC).

From the above provided detailed information about the Reserve Bank of India, it can be seen that the RBI act of 1934 plays a major role in regulating the framework of a central bank. It is not possible for the apex bank of a country to control and manage all the other lower banks and co-operations without having a proper law and order. The Act of 1934 was the very first Act made for the regulation of RBI and after this further changes and alterations were done in the same with the changing requirements.