All About Withdrawal and Compromise of Suits 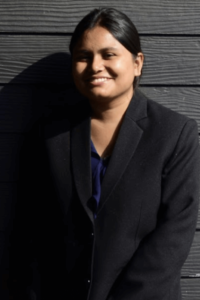 This Blog is written by Anusuya Ghosh from KIIT School of Law, Odisha. Edited by Ravikiran Shukre.

Order 23 of Civil Procedure Code, 1908 arrangements with withdrawal opposite announces the impacts of withdrawal. It implies the deserting of part of a case in a suit and bargain of suits i.e., changes of the suit. Division of Withdrawal of suit is into two viz., a) Absolute withdrawal and b) qualified withdrawal. Absolute withdrawal implies withdrawal without the leave of the court while qualified withdrawal implies withdrawal with the leave of the court as depicted under the Civil Procedure Code. It should be underlined that the court has the attentiveness to concede leave for withdrawal either suo moto or on the utilization of the plaintiff. However, the award of leave to pull out the suit with the freedom to record a new suit properly eliminates the bar of rest judicata that limits the documenting of a new suit.

“Withdrawal of suit (also known as abandonment of suit) means a retraction or secession of a previously held position by the parties in a legal proceeding.”

Under Order 23 of Code of Civil Procedure,1908 deals with withdrawal and compromise of suits. Withdrawal of Suits or abandonment of There are two types of withdrawals;

1.Absolute Withdrawal: Withdrawal without the leave of the court

2.Qualified Withdrawal: Withdrawal with the leave of the court.

As long as the plaintiff does not institute a suit he doesn’t need to leave the court to file a fresh suit. An application is filed under Order 23 Rule 1(3) CPC, the court need to look after whether any of the two reasons spelled out under Order 23 Rule 1(3) CPC, 1980, which is instituted and only when anyone of these two reasons gets attracted, freedom can be given for withdrawing the suit and to file a new suit.

Under Order 23 it clearly mentioned that at any point of time after the institution of a suit plaintiff may or against any of the defendants abandon his suit. Proviso related to Rule 1 to 14 that if the plaintiff is minor then neither the suit or the any part of the claim shall be abandoned until the court satisfies it or leave the court. If the pleader is minor or any such person is represented, by a certificate of the pleader to the effect that the proposed is, in his opinion, for the benefit of the minor it is under the proviso to sub-rule (1) it shall be accompanied by an affidavit of the next friend.

Withdrawal without leave of court Rule 1 (1):

Rule1(1) provides for the withdrawal of suits without the leave of the court. Under Rule1(1) states that if any plaintiff may abandon his suit or abandon a part of his claim against all or any of the defendants without the leave of the court. The right is absolute and unqualified and the courts cannot refuse permission to withdraw a suit and compel the plaintiff to proceed with it. The principle underlying Order 23 Rule 1is that once a plaintiff invokes the jurisdiction of the court and institute a suit, he cannot be permitted to institute a fresh suit in respect of the subject matter again if he withdraws such suit without the authorization of the court to file a new fresh suit.

Maxim “(Invito beneficium non datur)” which means “The law confers, upon a man no rights or benefits which he does not desire”.

Permission may be granted by the court on following grounds:

Although the expression “Formal defect” has not been clearly mentioned in the code, it confers some defect of form or procedure which shall not affect the case merits. But if there arouse a defect which affects the merits of the case, or a defect which goes to the fundamental of the plaintiff’s case cannot be called as a formal defect. Such as non-joinder of parties, bar of limitation.

The expression “sufficient grounds” need not generally be constructed “ejusdem generis” (of the same kind or nature) with formal defect.

For instance, where the suit was premature, or it had become infructuous, or where if the defendant is failed or absent even the decree passed it could not be executed or there was an omission to file a power of attorney, then it can be termed as sufficient ground. A wider meaning of sufficient ground can be (“ex debito justitiae”) exercising power in the interest of justice. If the defendant is dead or there is no notice served or the plaintiff is not ready with the suit at that time this power cannot be exercised.

It is in the discretion of the court to grant such permission and it can be granted by the court either on an application of the plaintiff or even suo motu. The granting of permission granting to withdraw a suit with a autonomy to file a fresh suit removes the res judicata bar.

In the case of Kasturi Lal Jain and Others v. Madan Lal Jain and Others held that the Delhi High Court had not allowed two plaintiffs to withdraw a suit on behalf of all the plaintiffs who served a notice on rest of the plaintiffs who did not give consent to such withdrawal. In the above case mentioned, the Delhi High Court allowed the barred the suit to be restored. In Mohan Lal v. Nain Singh and Others, the High Court of Allahabad held that a suit which is instituted by three plaintiffs has been withdrawn by only two plaintiffs of the mentioned above plaintiffs, if there is no consent given by the third plaintiff then such withdrawal can be termed as “non-est” in the eyes of law.

A specific provision has been made by the amendment Act of 1976, that if the plaintiff is a minor, then neither the suit nor any part of the claim can be withdrawing without the court leave.

Withdrawal by one of the plaintiff:

Where there are more than two plaintiffs in a suit, the suit or any part of the claim cannot be abandoned without the consent of all the plaintiffs for own interest

Condition for compromise of suits:

4) Record by the court

5) A consent decree must be passed

In the case of Family Manager N. Gunasekar v. N. Santha the reasons given by the offended parties for looking for the alleviation under Order 23 Rule 1(3) CPC is “that the application documented by them was excused on specialized grounds. In the event that the matter was taken up to the High Court via a correction, it might devour a ton of time and bring about weighty use. Thusly, they were encouraged to pull out the current suit with the freedom to document a thorough new suit in the light of the arrangements of the Amendment Act, 2005. These reasons given by the offended parties for documenting an application under Order 23 Rule 1(3) CPC are not really adequate and unsatisfactory as by this they simply needed to move away from the orders endured by them. All in all, the offended parties needed to keep a fresh start by wiping out the antagonistic orders endured by them before.”

In the case of Chinna Vaira Thevar v. S. Vaira Thevar which was instituted for the controversy arose for the “declaration of title” the court held that “It was found by the preliminary court that the plaintiff couldn’t associate the suit property to anything in a past continuing wherein the property was depicted regarding paimash numbers. On that record, the suit was excused. The plaintiff party offered, yet forthcoming removal of the allure requested consent to pull out the suit with the freedom to record a new suit. This authorization was allowed in the correction which was heard by the Division Bench, the choice of the redrafting Court was switched. The learned Judges observed that the fact that the plaintiff couldn’t get the fundamental proof at the preliminary stage to demonstrate his case about the connection between paimash number and overview number was no ground for conjuring Order 23, Rule 1 of the Code”.

The procedures of execution of decree or order and withdrawal of suits are independent of every other and completely different in contexts. As a matter of fact, executing proceedings can’t be applied over the withdrawal of proceedings. It’s often summarised that withdrawal of suit is often made by the plaintiff or court by himself needless of the notice or leave obtained by a court or not, the plaintiff is under the requirement plaintiff got to restore all advantages which he may have accumulated by the virtue of any interim order gone by the court. With an equivalent explanation for action court bears peculiarity as different cases for determining the bar of res adjudicates for filling a fresh suit. Similarly, no appeal lies against such withdrawal which is nether order or decree but since the discretion of the court is formed in sort of an order for granting or refusing the appliance of withdrawal, so it might be taken as like all other orders.

The researcher concludes that Order 23 states the effects of withdrawal. The court has the right to discretion which is under Court against which it can give grant leave for withdrawal either “suo moto” or on the given application of the plaintiff. It removes the bar of res judicata that restricts the filing of a fresh suit if the liberty to file a fresh suit removes with the Grant of leave to withdraw the suit.

Further, the researcher is of the opinion that the dispute concerning the purity of compromise could be raised; which is lying with the court that the consent decree duly passed with the recorded compromise. Although, it is pertinent to look after that any agreement or compromise within the meaning of Rule 3 flows from a void or voidable contract which is not lawful under the Indian Contract Act, 1872.

[9] Abhik saha Provisions regarding the withdrawal and adjustment of the suit as provided under the Civil Procedure( june 5 2021) http://www.legalserviceindia.com/legal/article-2116-provisions-regarding-the-withdrawal-and-adjustment-of-the-suit-as-provided-under-the-civil-procedure-code.html .