All One Needs To Know About The Indian Postal Act, 1898 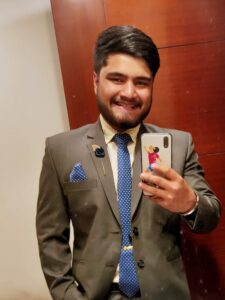 This Blog is written by Manmohit Bhalla from KIIT School of Law, Odisha.  Edited by O.S.S.Sarada Rasagnya.

The Indian postal act 1898 involves and deals with all the issues related to postage and its customers, the provisions for the same are laid down in chapter 10 of the Indian postal act. Now a basic question which can arise after getting to know about the act is how is it significant and its impact on the Indian society , an answer to both the question deals with a simple point, we when talk about Indian postal services in general we often encounter that even the money orders of army Jawan’s are not properly handled and delivered to their respective families and the delay in the delivery of the postal courier the Indian postal act 1898 carries with itself the provision for punishing any person who unlawfully diverts the letters , section 69 of the Indian postal act reads that Whoever, not being an officer of the Post Office, wilfully and maliciously, with intent to injure any person, either opens or causes to be opened any letter which ought to have been delivered, or does any act whereby the due delivery of a letter to any person is prevented or impeded, shall be punishable with imprisonment for a term which may extend to six months, or with fine which may extend to five hundred rupees, or with both, so the Indian postal act deals with the issue and even lays down standard operating procedures for the Indian post, with the growing telecom industry and the advancements of the IT sector people are forgetting about the Indian post but still a large section of the society specifically the not so rich class of the nation is dependent on the postal services for their life and living hence advancements in this act leads to affect such sections of the society.

1.4 Provision in the legislature:

The Indian Postal Act, 1898 has 11 chapters dealing with all the respective issue and areas of the Indian post which includes details and provisions for money orders, ship letters, and penalties and procedures of the act in the Indian postal service, the most common and also the most used part of the post is the money order section since not all villages are connected with ATM machines money order still proves out to be a source for people to get their money which generally sent by their own people living in cities and even their retirement pensions, the procedures in the act also set out the do’s and don’ts for the employees and also normal people involved either directly or indirectly with the Indian post, and deals with the penalties in case of any default, for the same is mentioned in chapter 10 of the Indian postal act, 1898 which deals with the penalties and procedures.

One of the landmark judgments involving the Indian Postal Act, 1898 is Union of India v. Firm Ram Gopal Hukum Chand and Ors. [1] on 1st January 1960, in this case, a Firm Rant Gopal Hukum Chand documented a suit against the Post Office with following claims: On 11-5-48 the firm conveyed four packages to the Post Office at Mau Nath Bhanjan in the District of Azamgarh for transmission. Three of them were sent by enrolled present and were conveyed on the addressees, at the appropriate time, and there is no contest concerning; them. The fourth was sent by V. P. P. for a total of Rs. 313.3/-. The offended party affirmed that he never got the sum due on this bundle and started to make enquire. He kept in touch with the recipient who educated him that they had gotten the package and had paid the sum to the Post Office. He submitted a question to the Post Office and was guaranteed that the issue was getting looked at. At last, on 12-11-1950 he was educated by the Superintendent of Post Offices, Varanasi Division, that any case by him in regard to the package was time-banned. The offended party immediately recorded a suit for the recuperation of Rs. 370/- is the measure of the estimation of the article (Rs. 313/3/ -), intrigue (Rs. 46/13/ -), and expenses of notice and correspondence (Rs. 10/ -). The Post Office challenged the suit and denied all obligations. It conceded the conveyance of the package to it and its transmission for reasons for conveyance. The composed proclamation of the Post Office-is anything but acceptable protection. It doesn’t unveil what befell the package after it was depended to its authority, yet passage 16 contains the hesitant proclamation that “it shows up from the plaint that the bundle being referred to was lost on the way and was not conveyed to the real recipient”.

After a person goes through all the provisions of the Indian Postal Act, 1898 it is very evident that the laws of this section specifically have been leftover and not updated as it is done for other fields in law, very few people in normal life would even be aware of the existence of any such law, and that is the reason why there is lack of information people are neglecting one of the oldest mediums of communication and hence it is getting the minimum attention, but still we need to understand that until we get our whole nation digitalized we cannot set aside the Indian postal system and even if we achieve the goal of digital communication we still need effective, well managed, and well-governed postal services for the smooth functioning of the communication system of our nation, as we say whatsoever technologically advanced we become we can never forget about the basic or the starting point of the journey.

In the above article we discussed various provisions of the Indian postal act, 1898 the history and development of the Indian postal system, the division of chapters that is the act in detail, and we came across a famous judgment of Union of India v. Ram Gopal Hukum Chand and Ors, the conclusion we can draw from the above article is that the law made for governing postal acts was made a decade ago and hence it is old and not updated, the Indian Contract Act, 1872 is also based on postal contracts and hence we can just refer to the confusions and all the irregularities one can face in an old legislature, the main reason for this is the focus of the world on technological advancements and not the post, this shift has caused this mess and even the livelihood 6 lakh employees are on stake.