All You Need To Know About The Press Council Act, 1978 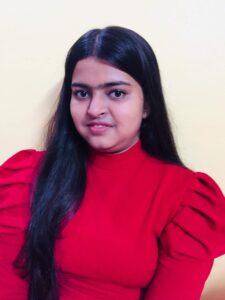 This Blog is written by Barnali Das from KIIT School of Law, Odisha. Edited by Prakriti Dadsena.

In a country like India, the Press Council is a quasi-judicial statutory unique body that includes the whole print media industry. Media is said to be the fourth pillar for democracy as it works as the eyes and ears of society. For a very long time, in every place in the world, whenever and wherever the norms of the society are violated by the media industry and the unprofessional conduct of the press impairs its freedom, the authorities, as well as the Press itself, has felt the necessity of such a mechanism or any way that can keep an eye on it and control it.

The Press Council Act was 1st established in 1965 to regulate the practices and actions of the press and maintain its standards. However, it was abolished in 1975 during the National Emergency. In 1978, for the purpose of protecting the freedom of the press and also to fulfill the objective of maintaining the standards of various media industries such as various newspaper and news agencies in India, the Press Council Act, 1978 was established and then under this Act, as per its chapter II, the Press Council of India was established on 1st March 1979. This Act extends to the whole of India. The Press Council Act and the Press Council of India are like a device for the Press to regulate its actions. It is funded from the money that is collected from the fees that are levied on the registered newspaper of the country on the basis of the regulation. The reason for the existence of this distinctive system is embedded in the concept of the need for the press to have free and be responsible in a democratic society.

During India’s struggle for freedom, most of the National Press had a huge contribution towards the purpose. However, after Independence, it kind of started losing and lacking its objective. As a result of which there was a need for the press to have a marked status so as to keep an eye on its malpractices and maintain its proper standards. Therefore in 1952, to fulfill these objectives, the first press commission was appointed. In 1956, a Bill was 1st initiated in the Parliament but in 1957 due to the dissolution of the House, it was terminated. For nearly a decade, there was not any action to set the Council.

The fundamental conception of self-regulation on which Press Councils all over the world are established was segmented by Mahatma Gandhi as he said: “The sole aim of journalism should be service. The newspaper is a great power, but just as an unchained torrent of water submerges the whole countryside and devastates crops, even so, an uncontrolled pen serves but to destroy. If the control is from without, it proves more poisonous than want of control. It can be profitable only when exercised from within. If this line of reasoning is correct, how many journals of the world would stand the test? But who would stop those that are useless? and who should be the judge? The useful and the useless must, like good and evil. go on together, and man must make his choice.”

IMPACT OF THE PRESS COUNCIL ACT

The Press Council established under the Press Council Act is a quasi-judicial body that acts as a watchdog for the press as it checks upon the practices of the press and maintains its standards. It helps regulate the independence of the newspaper and various news agencies in India. It determines and adjudicates the complaints that arise against the press for the breach of norms or ethics and complaints by the press for violation of their freedom.

The Press Council Act, 1978 empowers the Council to take on studies regarding the matters that concern the Press. In collaboration with the Indian Law Institutes, the Council conducted various studies such as the Contempt of Court Act, 1971, Privileges of Parliament and the Law of Defamation, etc., which is however they in so far related to the Press. These are a huge achievement for the Press Council Act and the Council. Moreover, these publications by the Council help the people in the media industry know and understand their rights and limitations to their powers and functions.

Composition of the Council

Functions of the Council

• It helps the newspapers in maintaining their independence

• It helps to provide new journalists with proper training and promotes research and many technical streams that are related to the news.

• It also helps to spread the news to all parts of India and also helps in the supply of newspapers from one place to another on time.

• It helps to conduct surveys and reviews of its functioning, the production, and processing of newspaper,s and any problems or obstacles that affect the flow of the news.

• It also ensures that the high standards of people’s taste are maintained along with trying to inculcate the rights and responsibilities of the citizens.

Powers and Limitations of the Powers of the Council

They have the power to condemn or censure any rule which in general breaches the norms and ethics of journalists and the taste of the people. They can also conduct inquiries against any editor of any journal which they believe to contain felony regarding any matter that is related to the press. The decisions taken by the Press Council of India are absolute and cannot be appealed in any court of law.

There are some restrictions to the powers of the Council such as it cannot penalize and punish the subjects and can only issue guidelines. It can only overview the functioning and working of the press and regulate the print media but does not have the power to regulate any form of electronic media like TV and radio.

In the case of K.K. Birla v. Press Council of India (1975), the senior editor Mr. B.G. Verghese was terminated by the owner of the Hindustan Times Ltd. The owner was a famous Indian industrialist and without understanding the meaning of freedom of press and editor’s freedom, terminated the senior editor. The court in the above case held that the media is the fourth pillar of democracy and freedom of the press is not a factor for democracy but a part of democracy.

In conclusion, it can be said that the press has a very important role to play in today’s life as mostly all citizens of India newspapers and has a very huge impact on their lives. So, the news in the newspapers should be correct and should cover news all over the world and there should not be anything vague or inappropriate in the eyes of law mentioned in them.