An Overview Of Competition (Amendment) Bill, 2020 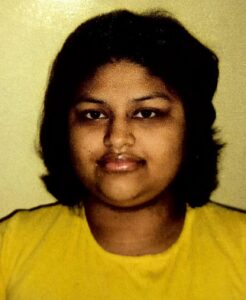 This Blog is written by Amrusha Sengupta from Adamas University (School of Law and Justice) Barasat. Edited by Ujjawal Vaibhav Agrahari.

Globalization did have a great impact on the Competition which is prevalent in today’s market. Promotion of effective competition helps the firm to increase its efficiency, as a result of this consumers at large are benefited, with more productivity the firms can provide more options to the consumers. If there is no competition in the market, the market becomes stagnant.

Some key changes that have been proposed by the Competition (Amendment) Bill, 2020

The Ministry of Corporate Affairs along with the Competition Law Review has presented a report in August 2019 thereafter the Competition Amendment Bill 2020 was issued in February 2020 which has put forward certain changes in the Present Act.

The Following Changes are-

1. To Introduce a Governing Body- Section 8 (1A) of the Competition Act, 2002 will be amended and a governing body will work along with the Competition Commission of India. This body shall also make rules with regard to the matters related to competition and shall also administer the affairs of the Commission. The Body shall consist of The Chairperson of Competition  Commission of India, 6 whole-time members, The Secretary of Economic Affairs, Ministry of Finance or his nominee, Secretary of Ministry of Corporate Affairs, and his nominee, 4 part-time members nominated by the Central Government.

2. Expansion of the Definition of Cartels- Section 2(c) of the Competition Act, 2002 will now include buyers cartels as well prior to this cartel only included sellers, distributors, traders or service providers.

3. Extending the Intellectual Property Right defense to abuse of dominance- As per Section 4(A) of the Act, the rights of IPR holders to restrain infringement or impose reasonable conditions necessary to protect IPR Rights have been proposed to be exempted from the Act that prescribes abuse of dominance.

4. The definition of Control as laid down under Section 5 of the Act has been widened and “control” under this Act shall also include “ Material Influence” of any manner.

5. Section 16(1) of This Act has been proposed to be amended. The Appointment of Director was done by the Central Government, initially but now it will be done by the Competition Commission of India.

8. Calculation of turnover– The Amendment has proposed that calculation of turnover of an enterprise shall exclude intra group sales and indirect taxes. It shall also exclude trade discounts and all amounts generated through assets or Businesses out of India and from Customers outside India.

IMPACT OF THE AMENDMENT

As of now, these changes have been proposed in the form of a Bill, it has not come as a law thus at this stage it is very difficult to assess its impact in the market. Every change comes with an objective to perform better and shall benefit a large group, these changes up to some extent can help the competition regime in India. The increased scrutiny over mergers can be very helpful in increasing the efficiency of the firms. The Calculations of the amended turnovers can also be very helpful for the firms in terms of profits. As of now, it’s very difficult to assess the impact.

CRITICAL ANALYSIS OF THE BILL

Every law has its own set of advantages and disadvantages. Whether the proposed changes are beneficial or not will only be known once the Bill becomes an Act and these changes are implemented. The Bill has certain loopholes, but its main objective is to achieve efficiency and increase the productivity of the market competition.