An Overview of Representation of Peoples’ Act, 1951 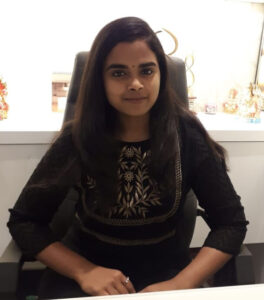 This Blog is written by Muskan Agarwal from Galgotias University, Uttar Pradesh. Edited by Ravikiran Shukre.

Analogously to Article 327 of the Constitution of India, the Representative of Peoples’ Act, 1951 was passed by the Parliament, which deals with the legislative laws related to the conduction of elections in the country for both the houses of the parliament and to the house of houses of the legislature of each state also the qualifications and disqualifications for membership of those Houses, the corrupt practices and other offenses at or in connection with such elections and the decision of doubts and disputes arising out of or in connection with such elections. The act also talks about the issues likely to qualification and disqualification of members of both houses of the parliament i.e. Lok Sabha and Rajya Sabha.

SIGNIFICANCE OF ITS DEVELOPMENT AND STATUTORY PROVISIONS

“Subject to the provisions of this constitution, Parliament may from time to time by law made provision with respect to all matters relating to, or in connection with, elections to either House of Parliament or to the House or either House of the Legislature of a state including the preparations of electoral matters necessary for securing the due constitution of such House or Houses”.

The act was first introduced in the year 1950 by the government in order to regulate elections in the country. [1]

The Provisions of This Act Are as Follows:

• The seat allocation through direct elections both in Lok Sabha and in the Legislative Assemblies.

• The qualifications of the voters for the elections.

• The constrainment of the constituencies for both Lok Sabha and Assembly elections.

• The constituencies can be altered by the Indian President after consultation with the Election Commission.

• A rule where a person cannot be enrolled for over one constituency. Hence, the process of the preparation of the electoral roll. The same person he or she can be disqualified and barred from voting on the measures-

• If the person found out to be of unsound mind.

• If the person is not an Indian citizen.

The next came up –

To Conduct Elections in India, The Provisions Which Are Made Under This Act Are as Follows

• The act talks about corruption and other illegal activities related to elections.

• Under this act, there are provisions for dispute redressal in matters connected to elections.

• This act also talks about the qualifications as well as grounds for the disqualification of members of the parliament as well as of Legislative Assemblies (as already mentioned earlier).

REPRESENTATION OF THE PEOPLES’ (AMENDMENT) ACT, 1966:

Under this phenomenon, the concept of election tribunals was abolished, therefore, the elections petitions were now transferred to the High Courts;

Whereas, the conflicts related to the presidential and vice-presidential elections are heard directly by the Supreme Court of India.

This amendment after 20 years of the 1st Peoples’ (Amendment) Act in 1966, made provisions for the countermanding of polling because of booth capturing and electronic voting machines (EVMs).

REPRESENTATION OF THE PEOPLES’ ACT, 2002

The Amended Provisions Are as Follows

The 2010, amending act confers voting rights to all the NRI Indians; whereby, they do not have the right to contest the elections. Also, the Bill does not give the right to vote in absentia to the NRIs, their presence is necessary in their constituencies during polling.

This bill passed by Lok Sabha, seeks to allow proxy voting for NRIs.

Prominent Features of the Representation of Peoples’ Act

• All the political parties are to be registered with Election commission as per the requirements of this act. Any changes in the name and/ or address of the party should be directed to the commission.

• Part 21 of the Indian Constitution as per drafted by the Constituent Assembly had mentioned for a provisional parliament, whereby, it enacted Representation of Peoples’ Act 1951, in order to conduct the general elections according to the rules mentioned in this Act.

• The seats that are reserved for the scheduled caste and tribe communities, the candidates who are only belonging to those categories could contest the elections.

• Donations can be taken from any individual or company by a party within India, whereas not the government owned-ones, also the donations from the foreign entities are not allowed.

• A candidate can be disqualified if he or she fails to declare his or her assets. Declaration of the candidate’s assets and liabilities is must within ninety days from his or her oath-taking day.

• Disqualification of the candidate’s cam also results if he or she has engaged in any corrupt practices or excluded for related government contracts.

• A person found guilty of any of the following conditions shall be disqualified for a period of 6 years to contest elections after release from jail:

• Every political party must report a donation of over Rs. 20,000/- received from any person or company.

• Candidates should deposit rs.25000 as security for the LokSabha elections and rs.12500 for all the other elections. Candidates belonging to the SC/ST communities get a 50% reduction in the security deposit.

• A party that gets a minimum of 6 percent of valid votes for assembly elections in more than four states or win at least 2 percent of seats in Lok Sabha from at least three states is recognized as a National Party.

THE OFFENCES PERTAINING TO THE ELECTIONS DEFINED IN THE REPRESENTATION OF PEOPLES’ ACT 1951 ARE:

• To breach official duty and to provide support to any candidate in need.

• Within 2 days before the conclusion of polling, getting engaged in the sale of liquor.

• Announcements of public meetings within 48 hours before the process of voting and also causing disturbances in between the conduction of the elections.

The Representation of Peoples’ Act, 1951 is introduced for the smooth conduction of elections in the country with harmony and brotherhood abolishing hatred and enmity among various political parties and its followers.

The need of such an act was very necessary in a democratic country like India. The execution of the act by the executive bodies of the government are well implemented by the citizens of the nation.