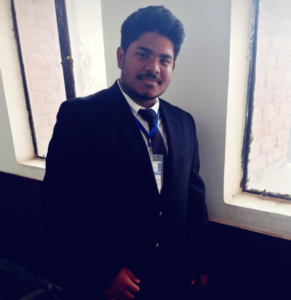 This Blog is written by Kumar Shubham from KIIT School of Law, Odisha. Edited by Lisa Coutinho.

The Unlawful Activities (Prevention) Act is an Indian law aimed toward effective prevention of illegal activities associations in India. Its predominant objective is to make powers available for managing and dealing with activities directed against the integrity and sovereignty of India.

The National Integration Council appointed a Committee on National Integration and Regionalisation to look into setting reasonable restrictions in the interests of the sovereignty and integrity of India. Pursuant to the recognition of pointers of the Committee, the Constitution (Sixteenth Amendment) Act, 1963 was enacted to impose, by means of law, under reasonable restrictions in the pursuits of the sovereignty and integrity of India. In order to implement the provisions of the 1963 Act, the Unlawful Activities (Prevention) Bill become introduced inside the Parliament.

It’s the new beginning for India‘s fight against terrorism. The bill is a cornerstone of Modi government’s zero-tolerance policy against terrorism. Its main objective is to facilitate speedy investigation and prosecution in terror-related offences. The most important part of it is allowing an individual to be designated as a terrorist, a major that is in line with the global practices. The bill was also known widely as UAPA, and is aimed at effectively preventing illegal or unlawful activities in India. It basically seeks to empower the government to deal more effectively with activities directed against India’s sovereignty and integrity.

According to Home Ministry information, in India, in the last 15 years, only one outfit — Deendar Anjuman — appealed against the government’s decision to ban it. To put things in perspective, as many as 42 organizations had been declared illegal during the period under consideration. Officials stated the law may save the terror masterminds from setting up a new group after their previous outfit is outlawed. It isn’t yet clear as to what type of actions could be taken after a person is so precise. According to legit resources, an agency or state police could provoke a host of actions such as passport seizure, asset confiscation, and/or travel embargo, consistent with US and UN rules. The provisions of the law are similar to UN policy used by the Security Council to apply stress on a state or entity to comply with the objectives set by the UN without resorting to the use of force.

NEED AND IMPACT OF UAPA

Making a strong preventive mechanism will be much more important and better than tackling acts of terror. Presently, terrorist activities are mostly done by “Lone Wolf”, who does not belong to any of the organisation. Having a national provision to designate individuals as terrorists could support India’s demand to designate individuals such as Hafiz Saeed and Masood Azhar, as terrorists from international organizations and other countries. Terrorist acts are committed not only by organizations but by individuals as well. Declaring an organization as a terrorist organization might not prevent or stop the individuals behind it. Not designating people as terrorists, would give them an opportunity to circumvent the law, and they would simply accumulate under a different name and keep up their terror activities. The amendment was needed to align the domestic law with global obligations as mandated in various conventions and Security Council resolutions. A specialized investigating agency, NIA, cannot be dependent on state police for approval for the seizure of property associated with terrorism that has inter-state and international ramifications. An investigation by the inspector rank officer might help to assist the human resource crunch in the NIA. This move might quicken the delivery of justice in UAPA related cases, which might be reviewed via senior officers at various levels.

In the case of Sajal Awasthi v. Union of India, WP(C) 1076/2019, the Court is hearing two separate challenges to the constitutional validity of the 2019 amendments to the Unlawful Activities (Prevention) Act, 1967.

Sajal Awasthi, a resident of Delhi, has moved the apex court praying for a declaration that “the Unlawful Activities (Prevention) Amendment Act, 2019 is violative of fundamental rights as enshrined under Article 14 (Right to Equality), 19 (Right to Free Speech and Expression) and 21 (Right to Life) of the Constitution of India.” The petitioner, defining himself to be a public-lively individual, says UAPA 2019 seeks to substantially modify Chapter VI of the Unlawful Activities (Prevention) Act, 1967 and Sections 35 and 36. “The new Section 35 of the UAPA Act, 1967 empowers the Central Government to categorise any individual as “terrorist” and upload the name of such a person in Schedule 4 of the Act. It is submitted that conferring of this sort a discretionary, unfettered and unbound powers upon the central government is an antithesis to the Article 14 of the Constitution of India,” says the petition filed via Advocate Pawan Reley. The much-debated recent amendment permits for notification of individuals as “terrorists”, while under UAPA, 1967, only organizations could be so notified. So ultimately on 4th August 2019, the Unlawful Activities (Prevention) Amendment Act, 2019 was brought into force.

In the case of Jyoti Babasaheb Chorge v. State of Maharashtra, (2012) 6 AIR Bom R 706, Hon. Justice Thipsay marked a stark departure from the judicial trajectory, as he interpreted the idea of membership in an organization by referring to the Arup Bhuyan vs. State of Assam (2011) 3 SCC 377 case, which differentiated between active and passive membership. This case takes its cue from the Kedarnath Singh Case, which in turn relied upon the US Supreme Court in Brandenburg v. Ohio case 395 U.S. 444 (1969). This judgment declared Chorghe and Ramteke as passive members, and most importantly took recourse to the civil rights’ tradition and pegged the interpretation of an anti-terror statute not to the State of Exception but the Constitution of India.

The unlawful activities (prevention) Act was passed in 1967, which aims at effective prevention of unlawful activities associations in India. But after the 2004 amendment, “terrorist act” was added to the list of offences to ban organisations for terrorist activities, under which 34 outfits were banned. Till 2004, “unlawful” activities were referred to as the actions related to secession and cession of territory. Under The unlawful activities (prevention) Act, the investigating agency can file a charge sheet within a maximum of 180 days after the arrests and the duration can be extended further only after the intimating the court. The Act assigns absolute power to the central government, by way of which if the Centre deems an activity as unlawful then it may, by way of an Official Gazette, declare it so.

UAPA empowers the parliament to restrict the rights and freedoms of citizens to protect ‘the sovereignty and integrity of India’. The Government contended that the amendment was brought because it is the individuals who commit the terrorist acts and having power only to designate organizations as terrorist organizations would be of no use. After all, those individuals could continue their activities under a different name. But the issue still remains whether the parliament under any circumstance can classify the individual as terrorist only because it believes him to be involved in terrorism without any trial or whatsoever. The RSS in 1992 had been declared unlawful under UAPA, but individual members were not arrested on solely being a part of the organization. Vajpayee in his speech in 1993 apprehended that “the Government would declare all the opposition as unlawful.” The government, however, keeps asserting that they bear no malice and only seek to keep the country united against existential threats. Hence, it is clear that this law can be used as a tool against the opposition and attacks the very importance of speech in a democracy in the name of security. It has the death penalty and life imprisonment as the highest punishments. In August, Parliament cleared the Unlawful Activities (Prevention) Amendment, Bill, 2019 to designate individuals as terrorists on certain grounds provided in the Act. The government is totally in the zero-tolerance policy against terrorism.

The government has time and again used draconian laws such as sedition and criminal defamation laws to silence dissent. These laws are vaguely worded and overly broad, and were used as political tools against critics showing a movement towards “thought-crimes.” The legislature in realizing the purpose of this Act has eroded human rights. The Amendment also violates the mandate of the Universal Declaration of Human Rights and the International Covenant on Civil and Political Rights. The above arguments have mentioned out how the amendment puts the fundamental rights of its citizens in peril and threatens the mere life of competition. Under the guise of such laws, the authorities have booked journalists doing their jobs and citizens fighting for their rights and justice. Terrorism is undoubtedly a large threat and must be tackled with stringent counter-terrorism laws. This amendment, if observed in letter and spirit, is a step in the proper direction. It is vital to set up an assessment committee to examine and supervise the method of designating people as terrorists and investigation of cases with objectivity and fairness. There is a greater role for judiciary right here to carefully examine the cases of alleged misuse. Arbitrariness and subjectivity under the law need be checked via Judicial review. Under the right to appeal for the people against him being designated as terrorists, judiciary ought to follow the fundamental principle of fair procedure and should remain alert of any purpose of executive to frame the individual via the production of fake evidence. Officers who are found guilty of any misuse and abuse of the powers under the law must be strictly punished,  drawing the line between human freedom and state duty to provide security is a case of classical dilemma. It is up to the officers to make certain professional integrity, follow the principle of objectivity and keep away from any misuse. When such horrendous legislation violates and takes away the rights of citizens, it becomes the responsibility of the Supreme Court to step in and restore faith in democracy. This Amendment displays the intention with which laws have been made under the colonial regime in order to curb several freedom actions under the veil of ensuring public order. The Act mainly criminalizes acts on the idea of ‘ideology’ and ‘association’. Thus, it could be visible that the above are the signs of shifting from democracy to autocracy.