An understanding of High Court Judges (Conditions of Service) Act, 1954 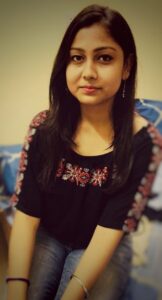 This Blog is written by Ayushee Priya from KIIT School of Law, Odisha. Edited by Ravikirna Shukre.

In our society, there are individuals and groups who have a different mindset to deal with a particular kind of situation. So, there are chances of disputes between the individuals or the groups or the individuals and the groups. Disputes must be settled otherwise there would irregularity, disturbance, and disorganization. All the disputes must be settled by an independent body in accordance with the principle of rule of law. The idea of rule of law says that whether it be men and women, rich and poor, backward and forward are equal and put through the same laws made by the Indian Constitution. The main objective of the judiciary is to protect rule of law and make certain of the supremacy of law. It ensures equality for every individual and does not allow the dictatorship of any individuals or groups. It tries to settle disputes according to with rule of law.

The primary motto in our nation is the Indian judiciary which helps in smooth functioning. Judges are the principal parts of the legal executive. In our country judge is regarded as a source of justice as he is considered to be impartial. Judges aim to interpret, understand the significance of the law so that there is equality. When a case comes to the court, the first work of the judge is to look at whether there is enough evidence to support the case and to find whether the person accused is guilty of the offense. If the defendant cannot afford the lawyer, the judge has to appoint a lawyer for the defendant.

This act provides clarification on how a judge is appointed, leave, pension and miscellaneous, etc. There is a total of 25 High Courts and Union territory with the Supreme Court of India at the National level. This act has provided a premise on which the judges have to work for the better working of the country. Everything needs to be in a way and for the efficient working of everything this act was formulated. This act provides different definitions such as Judge, High Court, pension, etc. to bring clarification on every term so that there is no confusion. This act gives clarification on how a judge’s leave, pension, etc. So that there is no confusion on the mind of judges and they can follow this act for efficient working.

• The Chairman is the Chief Justice of India.

• The two senior-most appointed authorities of the Supreme Court are the member.

• The Union Minister of Law and Justice is the member.

• One prominent individual designated by the President in the wake of counseling the Chief Justice of India: Member The proposal for the foundation of a National Judicial Commission and its organization is to be treated as necessary on account of the need to safeguard the freedom of the legal executive.

The kinds of services which are remitted are:

• Leave on full recompenses and incompletely on half remittances

• A leave account will be saved for each Judge indicating the measure of leaving because of him regarding leave on half remittances.

A leave account will be saved for each Judge indicating the measure of leaving because of him regarding leave on half remittances.

Every Judge will be qualified to buy into the General Provident Fund (Central Services) provided that a Judge who has held some other pensionable common post under the Union or a State will keep on buying into the provident fund to which he was buying in before he was selected a Judge.

This case is also known as a judge’s case or first judge’s case. A seven-judge constitutional bench held a judge can be transferred against his will. It concluded that Article 124(2) envisaged the only consultation but it held that consultation shall be complete. The Chie Justice shall be provided with all the factual inputs to enable to form an opinion and all the communication shall be in writing. The reason behind this judgment was that ultimate authority cannot be vested with the judiciary because the judiciary is not accountable to anyone on the other hand the executive was held accountable to Parliament. Hence any arbitrary action on the part would be checkmated on the floor of the Parliament because the Council of Ministers is collectively responsible to the legislature. Hence the first judge’s case gives primacy to the executors over the Judiciary and held that executive decision was final and binding.

This case was related to the transfer of Sankal Chand from Gujarat High Court to Andhra Pradesh High Court and it was challenged on the basis that the transfer was not with the consent of the Judge and without consultation of the Chief Justice of India. All the judges agreed that independence of the judiciary was an essential and vital ingredient of our legal system and the threat of transfer at the whims and caprices of the executive constitutes a major inroad in that independence. Therefore, the transfer of judges can be made only in the public interest.

These provisions are benefits and proper functioning of everything. Judges from these provisions know their benefits, roles, appointments, etc. Judges in India are known as the justice provider and people also believe the judicial persons. Judges work according to the provisions given. They interpret laws and then work accordingly. Through these provisions, judges come through their obligations, rights, and duties towards the nation. They also through this act know their rights so that they can also be benefitted as they are also the citizen of India.

It is feasible for the administrations to have a litigation policy‟ coordinated towards a decrease of government suit and security of open enthusiasm by preventive systems. For example, in common situations when a notification under Section 80 CPC is given, the issue ought to be completely and deliberately inspected rather than the current inclination of giving a normal account as a record without the use of the brain, that “the compromised suit might be anticipated.” The documenting of claims regardless of the value of the case ought to be maintained a strategic distance from. Offers are recorded precisely independent of the benefits just to stay away from claims, frequently outlandish, of ill-advised intentions when a choice that influences the interests of the Government is permitted to expect a conclusion.

5 Thoughts to “An understanding of High Court Judges (Conditions of Service) Act, 1954”