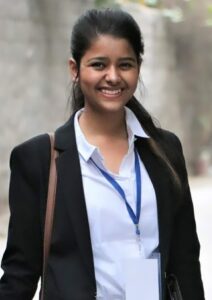 This Blog is written by Sidrah Jami from Amity Law School, Noida. Edited by Uroosa Naireen.

India is one of the developing countries in the world. The state was solely responsible and had full control over the broadcasting before the cable television network in India was introduced. The Indian Government was not prepared and was unaware of new networks that were coming up in the world. Therefore, the government was unable to put any type of check on the transmission and broadcasting of the television through foreign satellites. Till the late 1990’s India faced a lot of issues regarding the cable television network. Most of the population in India resides in rural areas. The broadcasting companies have always faced an issue in providing the programs through TV networks. Some of the challenges which were faced by the people residing in the rural areas were firstly, the issue of wiring. The was a major issue of wiring and poles in the rural areas which led to a loss of signals and weak cable connections in the houses. Secondly, the other issue was a frequent short circuit. Earlier there were no generators or inventors. This led to many short circuits in houses. Thirdly, the next issue was the location of the electric poles. As there was no proper location of electricity poles this led to a lot of power cuts in the villages. Fourthly, the issue is technology. Earlier people didn’t know about the new technology and invention. Fifth, is the lack of resources. There was a scarcity of resources which was an important challenge for the broadcasting company.

The Indian President promulgated an ordinance called the Cable Television Network (Regulation) Ordinance on 29 September 1994 for providing proper regulation of the cable networks in the country. The President again promulgated the ordinance on 17 January 1995.
The Indian Parliament passed The Cable Television Networks (Regulation) Act in 1995 which focused on the proper regulation of cable television networks to all the areas existing in the country.

It provides a mechanism for proper registration of the cable operators. The Act gave power to the central government for appointing an authority which will look after the registration work and review the applications.

The Act was implemented by the Indian legislature in 1995. It is divided into five chapters. The first chapter focuses on the scope and extent of the act and the different types of words and meanings which are given under the Act. The second chapter focuses on the “Regulation of Cable Television Network”. The third chapter of the act deals with the “Seizure and Confiscation of the certain equipment”. The fourth chapter of the act deals with the “Offences and the Penalties”. And the last chapter emphasis the miscellaneous provisions. [2]

Section 2(g) of the Act has given immense power to the Central government to oblige the cable operator to transmit or retransmit a program of any pay channel through an addressable system by him in the interest of the public. The central government can oblige the cable operators to specify some free to air channels in the package for the viewers residing in the nation. The Central Government can also provide a maximum amount for the interest of the public which has to be charged by the cable operator for providing programs to the subscriber.

Section 4 of the Act laid down that it is necessary for all the cable network operators to be registered for the proper regulation of the cable television network in the country.

Section 7 of the Act deals with that every cable operator has the duty to maintain a register of the content whether it has been transmitted or retransmitted.

Section 11 of the Act has given immense power to the authorized government authority to cancel and seize any cable operator’s equipment if they feel that the cable operator is using the equipment without any proper registration by the registering authority.

Section 19 of the Act lays down that if any act is committed by the company, then only the person who is in charge of the company will be held liable for the same.

Section 20 of the Act has provided power to the Central Government for prohibiting any type of cable television network which can be against the sovereignty and integrity of the nation or the security of the nation or can spoil any type of friendly relation of India with other country or against public decency, morality and order for the interest of the public.

The first case of a necessary licensing for the cable operators was discussed in the case of
Shiv Cable Television System v. State of Rajasthan [3]. In this case, the district magistrate gave an order for a ban on cable networks that were operating without a license in the area. Later this order was appealed on the ground that it was a violation of Fundamental Rights to the Rajasthan High Court. The Rajasthan High Court held that there was no violation of the Fundamental Right given under Article 19 as the cable networks were covered under the definition of the “wireless telegraph apparatus” under the Indian Wireless Telegraphy Act. It also held that it was necessary for the cable operators to have a proper license for the operation of such a network. This led to the making of the framework of the Cable Television Network act 1995.

The Advertising Code has prohibited any type of political advertisement under the Cable Television Network Rules 1994. In the case of Secretary, Ministry of Information and Broadcasting and Gemini TV (Pvt) Ltd [4], the Supreme Court stayed an order and laid down guidelines on prohibiting the oppressive and slanderous surrogate advertisements during the elections. The court held that the Election Commission will only have the authority to the regulation of advertisements.

The Cable Television Networks (Regulation) Act has helped in the proper regulation of the cable networks in the country. It has helped in efficient uniformity all across the nation. It has ensured that all the cable operators get registered for the proper operation of their networks. It has also provided with certain Advertising Code which ensures that the advertisements are not against the general public or the sovereignty and integrity of the nation. The Act has given the power to the government to transmit or re-transmit any type of program which can be against the public and to provide a maximum amount that has to be charged by the cable operator for the subscription. The Act also focuses on providing free air channels as a part of the package to all viewers. This Act has not only helped the cable operators but also the subscribers.