Companies Incorporated In India Can Seek A Foreign Forum Of Arbitration 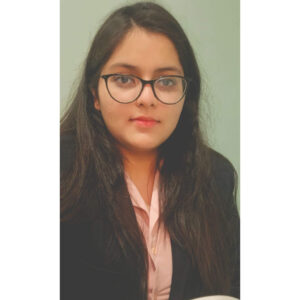 This Blog is written by Muskan Sharma from Institute of Law, Nirma University. Edited by Prakriti Dadsena.

The case is about a dispute between two parties incorporated in India under the Companies Act, 1956. The appellant is PASL WIND SOLUTIONS PVT LIMITED, a registered office situated in Ahmedabad. The respondent is GE POWER CONVERSION INDIA PRIVATE LIMITED, registered office in Chennai, Tamil Nadu.

The court after taking note of various factors like the Public policy of Indian laws, Section 10 of Commercial Court Act, 2015, Section 23 and Section 28 of Indian Contract Act and Arbitration and conciliation Act, 1996 held that there is no bar on Indian parties seeking foreign forum of arbitration. Also, Section 9 of the Arbitration Act which provides interim relief will be applicable in the present case.

This is a landmark judgment that has imperative importance in International Commercial Arbitration. With this judgment, any inconsistency between the decision of various High Courts and the Supreme Court of India will be resolved. This decision is welcomed as a positive step by foreign companies and companies having a subsidiary in India as it will pave way for a uniform way of adjudication to resolve disputes on a common neutral forum across countries.

The dispute is on a settlement agreement dated 23.12.2014. Clause 6 of the settlement agreement is the Dispute Resolution Clause under which governing law and settlement of the dispute is decided by both parties. In case of dispute, both the parties will finally seek arbitration in Zurich in the English Law to resolve the disputes and in accordance with the Rules of Conciliation and Arbitration of the International Chamber of Commerce (ICC). The Arbitration award will be binding on both parties.

The dispute arises between parties and the appellant issued a request for Arbitration in ICC. The respondent filed a preliminary application challenging the forum of arbitration in Zurich stating that two companies incorporated in India cannot seek a foreign forum for arbitration. The appellant opposes this application saying that there is no bar on the law. Subsequently, Mr. Ian Leonard Meakin, learned sole arbitrator, dismissed the respondent’s plea by Procedural Order No.3 dated 20.02.2018. The arbitrator highlighted the difference between LEX ARBITRI and LEX CAUSAE, while the former means law of the place where the arbitration takes place and the latter means law chosen by the forum court from the relevant legal systems when it judges international or inter jurisdictional cases. That means, Indian parties cannot derogate from Indian law because it is against Indian Public Policy but this doesn’t imply that Indian Parties cannot choose a foreign seat. Similarly, in the present case, the parties have not chosen a foreign substantive law but a foreign seat only.

But the aforementioned law has certain exceptions, which says that parties can seek a forum for arbitration to resolve their conflict and the contract will not be rendered illegal.

In Bharat Aluminium Co. v. Kaiser Aluminium Inc., the Supreme Court held that Section 28 applies to the substantive law of the contract and the court can no longer be able to set aside foreign awards that are made outside India in respect to Arbitration. Section 28 doesn’t apply to the seat of Arbitration.

Further, the respondent initiated enforcement proceedings against the appellant for not complying with the decision of the tribunal under Sections 47 and 49 of the Arbitration Act before the Gujrat High Court.

To everyone’s surprise, this time the appellant took an opposite stance of what they took earlier by stating that the seat of arbitration should be Mumbai and the said award made at Zurich doesn’t stand under section 34 of the Arbitration Act[i].

The appellant argued that Section 2 (2) of the A&C Act acts as a bridge between Part I and Part II. And Section 2(2) which deals with the place of arbitration in India applies to Part II as well.

The Supreme Court analyzed this contention and found out that this contention doesn’t hold true because A&C Act is divided into 4 parts and these 4 Parts are exclusive, they are complete code in itself where Part I specifically deals with Arbitration and Part II deals with enforcement of the foreign awards.

Section 2 (2) of Part I deals with the place of arbitration in India and has no application on foreign seated arbitration. While part II deals with the enforcement of the foreign award in India. Thus, both the parts are exclusive to each other.

The term International Commercial Arbitration has a different context in both parts. While in Part I, the term has four subclauses mentioned under Section 2(1)(f) which are party-centric in nature which means one party has to be a national of India. Whereas in part II, the term refers to the context of choosing a place outside India, Section 44 of the A&C Act is place-centric in nature.

FREEDOM OF CONTRACT NEED TO BE BALANCED

The appellant contested that parties incorporated in India when choosing a forum for Arbitration outside India goes against Section 23 and 28 of the Indian Contract Act. Choosing an international forum will be against the public policy of Indian Law.

To this, the supreme court made reference to Atlas Export Industries v. Kotak and company[ii], where the court held that parties right to resolve their dispute through arbitration cannot be taken away merely because the arbitration forum is situated in a foreign country, this reason alone is not enough to nullify the arbitration agreement and the case clearly covered Exception 1 to section 28.

The court also highlighted that there is nothing in both the clauses mentioned above that contradicts that two Indian Parties cannot seek forum form for Arbitration.

According to Section 10 (3) of the CCA[iii], if any arbitration is other than an international commercial arbitration then all appeals or applications will be referred to a principal civil court of original jurisdiction in a district and not high court.

The appellant argued that two Indian parties choosing a foreign forum for arbitration cannot be said international commercial Arbitration because of Section 2 (2) of Part I therefore, the jurisdiction of this matter should not fall under Gujrat High Court, it should be directed to a district court.

INTERIM APPLICATION MAINTAINABLE OR NOT

The appellant challenged Gujarat High Court’s dismal of Section 9 of the Arbitration act. The Supreme Court opined that the dismal of section 9 by Gujarat High Court is incorrect. The court held that interim relief would be applicable even if the parties are Indian in international commercial arbitrations with seats outside India.

In this landmark judgment, the bench comprises of Justice R.F. Nariman, Justice B.R. Gavai, and Justice Hrishikesh Roy upheld the judgment of Gujarat High Court except for the interim maintainability, Section 9 where the Supreme Court held that interim relief is maintainable.

The court upheld the view that two Indian companies can seek a foreign forum of Arbitration, there is no bar on freedom of contract and the foreign award made shall be binding on both the parties until and unless it doesn’t go against the public policy of Indian laws.

[i] Section 34 in THE ARBITRATION AND CONCILIATION ACT, 1996