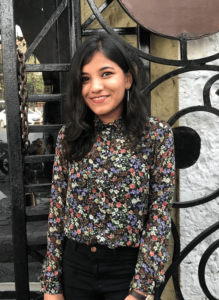 This Blog is written by Fatema Lightwala from SVKM’s Pravin Gandhi College of Law, Mumbai. Edited by Maulika Awasthi.

The Industrial Revolution that took place in the 18th century contributed to the unprecedented growth of industries and gave rise to the factory system of production. This maximized production and improved the quality of goods at lower costs. It revolutionized human life in several aspects, particularly how they consumed goods. In 1991, India too brought about significant reforms and adopted a New Economic Policy (NEP), based on the Liberalization, Privatization, and Globalization model. Consequently, it opened up its markets to private players on a global front intending to boost the economy through increased competition in every sector. This gave birth to unscrupulous traders, unfair trade practices, and anti-competitive tendencies. The consumer ultimately had to bear its brunt.

Following the execution of the new LPG model, the then-existing Monopolies and Restrictive Trade Practices Act, 1969 proved inadequate and failed to resolve the unfair competition that existed in the Indian Economy. This Act solely focused on suppressing monopolies. Hence, a pressing need was felt for a law that not only curbs monopolistic tendencies in the markets but also facilitates healthy competition as a means to achieve economic growth and to enhance consumer welfare. This in turn urged the formulation of new competition laws and policies that kept a check on obstacles to the smooth functioning of markets by formulating and empowering appropriate authorities. Accordingly, the Competition Act 2002, was enacted and came into force in January 2003. As stated in its Preamble, the Act aims at establishing a Commission to prevent practices having an adverse effect on competition, to promote and sustain competition in markets, to protect the interests of consumers, and to ensure freedom of trade in markets. The intent of the parliament, to keep the protection of consumers at the center of this act is reflected by the Preamble.

SCOPE AND OBJECTIVE OF THE STUDY

This article studies the various provisions of the Competition Act, 2002, and how this helps achieve the protection and welfare of the consumers against various anti-competitive practices like cartels, bid-rigging, predatory pricing, etc. and mentions several judgments of the courts on the same. It also aims at understanding the relationship between consumer protection law and the competition laws and how they collectively uphold consumer interests.

This article is extensively based on the Secondary Data Analysis Method of research. The researcher has relied upon statutes, research papers, articles, e-newspapers, and other scholarly works.

This article brings together a variety of works on competition law and its implications on consumer welfare. These include:

1) A paper on “COMPETITION COMMISSION OF INDIA AND CONSUMERS’ WELFARE: An Analysis” By Hemant Singh & Radha Naruka.

2) A paper on “Competition policy and law vis-à-vis consumer welfare” by Preeti Singh.

3) A paper on “Competition law and consumer welfare in India” by Amit Kashyap and Thajudheen K.

4) A paper on “CONSUMER PROTECTION AND COMPETITION POLICY” by Dr. S. Chakravarthy.

These papers eloquently speak about the competition laws and policies in India, how they evolved, what provisions they guarantee, and their dual role in ensuring consumer welfare and ensuring the proper running of the economy.

The Competition Act provides protection against restrictive or cartelizing agreements and abuse of dominant positions. Further, it enables the regulation of combinations and promotes competition advocacy. The consumer is the king of the market and it is his will that must guide every action of the producers. In an open market economy like ours, it is possible that a few influential businesses take over control over the markets and oppress any third party from entering the market. This will prove detrimental for the consumers as it will reduce their choices and leave them at the mercy of these sellers. To prevent this, Chapter III of the Act provides for the establishment of the Competition Commission (CC) that disallows acts that are not conducive for fair competition in the market.

S 3 of the act deems void any agreement with respect to “production, supply, distribution, storage, acquisition or control of goods or provision of services” that causes an “appreciable adverse effect” on competition within India. Additionally, it grants protection against cartels or similar practices that directly or indirectly limit commercial or business activities.

S.4 guarantees protection against abuse of dominant position i.e. acts that directly or indirectly creates an unfair condition in purchase, sale, or price of goods and services; limits production or scientific development relating to goods and services to the prejudice of consumers. It also removes barriers to entry. The CC ensures that these provisions are complied with.

S.5 and 6 empower the commission to regulate combinations i.e. mergers or amalgamations of enterprises and acquisition of the enterprise so that they do not adversely affect the market competition. The enterprises have to send a notice and disclose their details to the commission.

For meeting the purpose of the legislation the CC can take into account several factors such as size and market share of the company, its position as compared to that of its competitors, its demand in the market by consumers, financial technical risks for entry into the market, etc. Thus these provisions enable the CC to secure free and fair competition in the markets.

The Constitution of India emphasizes the need for fair competition. Art. 38, Directive Principles of State Policy (DPSP) require the State to secure a social order for the promotion of the welfare of the people. Further Art. 38 (b) and (c) DPSP cast a positive duty on the State to ensure that the material resources of the community are so distributed as best to subserve the common good and that the operation of the economic system does not result in the concentration of wealth and means of production in the hands of a few, respectively. Apart from the Competition laws, the Consumer Protection Act is also in place to achieve consumer welfare. So, one can say that promotion of consumer welfare is a common goal of both these legislations. They are both based on the idea that there exists an unequal relationship between consumers and producers and aim at leveling this relation. However, there is a difference in approach. For instance, the very definition of consumers under the two laws varies. The Consumer Protection Act, 1986, is limited to buyers or users of goods or services and does not include individuals that obtain such goods for resale or any commercial purpose. On the contrary, the Competition Act, 2002, recognizes even those individuals that purchase or use goods or services for commercial purposes or resale. Hence, the Competition Act is wider in its scope and protects collective consumer welfare as opposed to the Consumer Protection Act that protects consumers on an individual level.  Additionally, the former protects consumers indirectly by securing for producers, sellers, and enterprises, the freedom to compete in markets whereas, the latter protects them directly against unscrupulous, defective producers, and goods.

Multiple judicial pronouncements mandate the State to inculcate a competitive environment in an open market economy. The Apex Court in Ashoka Smokeless Coal India (P) Ltd. v. Union of India[1] stated that “a level playing field is a key factor for invoking the new economy. Such a level playing field can be achieved when there are a number of suppliers and when there are competitors in the market enabling the consumer to exercise choices for the procurement of goods.” Further, the Court elucidated that, “if the policy of the open market as to be achieved the benefit of the consumer must be kept uppermost in mind by the State.”

The Court reiterated this in Competition Commission of India v. Steel Authority of India Ltd. & Another [2] wherein it observed that “The main objective of the Competition Law is to promote economic efficiencies using competition as one of the means of assisting the creation of market responsive to consumer preferences.”

Recently, in Excel Crop Care v. CCI,[3] the Supreme Court ruled that “the ultimate goal of competition policy (or for that matter, even the consumer policies) is to enhance consumer well-being. These policies are directed at ensuring that markets function effectively. Competition policy towards the supply side of the market aims to ensure that consumers have adequate and affordable choices.”

Competition in an open market will force the market players to respect and act as per the needs and demands of the consumers. This way the competition laws play a crucial role by effectively eliminating inferior quality goods or services and guaranteeing that only the best and finest products reach the general masses for consumption. Further, it will regulate pricing as no seller will be able to survive long by charging prices greater than the market standards. It will also give a chance to small businesses to participate and flourish as there will be a fair allocation of economic resources. Competition laws in this sense will not only achieve consumer welfare but collectively stimulate the economic development of the nation.

Recently, a new Competition (Amendment) Bill 2020 has been formulated that brings a new development to the Act. The bill includes buyer’s cartels as an offense i.e. a group of buyers that aim to fix purchase prices or to eliminate competition with respect to purchases or otherwise control supplier conduct. This too can have an adverse effect on market competition. However, the bill is yet to undergo the parliamentary procedure.

Indian competition law is at a nascent stage and is yet to evolve unlike the laws in the USA and European nations. The advent of the internet has given rise to e-commerce markets and online trade. The competition law has to acknowledge this shift and has to keep pace with the changing trends of the market. Additionally, members of the civil society have to remain vigilant and bring to the notice of the commission any anti-competitive behavior. Further, the courts too, play a pivotal role in recognizing and curbing monopolistic tendencies and securing the welfare of the consumers at large.