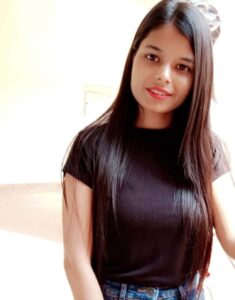 This Blog is written by Vaishnavi from Central University of South Bihar, Gaya.  Edited by Prakriti Dadsena.

India made investments for the development of internal infrastructures like roads and networks in post-1962. During that period the small char Dham yatra became a rage among the people. There are holy places in Uttarakhand which were known as Uttaranchal in yesteryears.

Then after in a major setback to Hindutva arguments on the state’s control of Hindu temples, the Uttarakhand High Court held the constitutionality of the Uttarakhand Char Dham Devasthanam Management Board Act, 2019 that was surprisingly enacted by the Bharatiya Janata Party government though Hindutva forces.

The Uttarakhand law takes control of four of the most sacred places in the State including Kedarnath and Badrinath, which was challenged by former Minister Subramanian Swamy. Such laws are in place for a number of temples such as Jagannath Puri, Vaishno Devi, Shrinathji at Nathdwara, Mahakal at Ujjain, Kashi Vishwanath, and Tirupati Balaji temple.

Even according to Manu code it is provided that priests do not have the absolute right in temple management; instead, kings that state, in ancient India had a role in temple management. According to the Act the MPs, MLAs, and representatives are appointed or nominated by the state to manage the temples. According to the Act, the state’s chief minister will head the Devasthanam Board, including many government officials, and also if the chief minister is not a Hindu, the senior-most Hindu minister will head the board. Even Kedarnath and Badrinath were under state management which is stated by the Shri Badrinath and Kedamath Temples Act, 1939 which continued to remain in force till it was repealed by the 2019 Act.

It has always been believed that every Hindu must go on this pilgrimage at least once in his lifetime. This is because it is believed that Char Dham Yatra opens the gates of salvation by washing away the sins of a lifetime. It is said that when a pilgrim finishes the Char Dham Yatra, he attains absolute peace of mind.

The major argument of Hindutva victimhood is that this kind of state control is absent for Muslim waqfs and Sikh gurudwaras. It was rightly observed that it is not necessary that the legislature should make a law uniformly applicable to all religious or charitable institutions. Thus, the concept of one nation, one law was impliedly rejected.

Later, Swamy argued that the 2019 Act violates Articles, 14, 25, 26, and 31-A of the Constitution. Article 31 is regarding the right of private ownership. Article 14 is included since it didn’t make a difference to Waqfs administered by the Waqf Act (1995) and the Sikh Gurudwaras Act (1925).

Another ground of challenge was depended on Article 26, which manages the rights of religious institutes to set up and maintain for religious and charitable purposes, to deal with its own issues in issues of religion, to claim and gain movable and immovable property and to regulate such property as per law.

The Court, notwithstanding, found that no proof was illustrated to show that the temples under the 2019 Act had a place with any religious denomination. Also, the court held that their case for protection under Article 26(d) of the Constitution demands rejection. The Court further dismissed the challenge grounded on a supposed Article 25 infringement. Defending swanny’s argument the state government said that law provides a renewal scheme for Char Dham and other temples in Uttarakhand, and to manage the same through a Devasthanam Management Board, which is done to run shrines such as the Vaishno Devi Mata Temple in Jammu and Kashmir, Sai Baba temple in Maharashtra, Jagannath temple in Puri and Somnath temple in Gujarat.

The state also claimed that Swamy being a political person does not qualify as a public-spirited person under the rules and is fighting a proxy petition.

Now, Uttarakhand is set to frame a law for regulation and management of its shrines and temples including Kedarnath, Badrinath, Yamunotri, and Gangotri.

Management of temples and religious affairs under state control is neither constitutionally permissible nor desirable. But in the last six years, the central government has not taken any initiative to release temples from the clutches of the state.

Swamy suggests a Central Legislation passed by the Parliament which is subject to constitutional limitations, including legislative competence, the power of either the Central or the State legislature to make laws is plenary after striking down the provisions of the 2019 Act as unconstitutional.

Article 13 relates to laws inconsistent with and in derogation of the fundamental rights. No post-constitution law can be made contravening the provisions of Part III, and therefore such a law to that extent, though made, is a nullity from its inception, and is stillborn.

As Articles 14, 25, 26 and 31-A, which is claimed by Swamy that 2019 Act violates, are all in Part III of the Constitution, if the 2019 Act is held to be in contravention of any one of the aforesaid Articles, it is liable to be declared void to the extent of the contravention. The mere fact that the 2019 Act is not saved by Article 31-A(1)(b) of the Constitution, makes little difference and is of no consequence.

In this case, the respondent’s actions make a mockery of the constitutional principles and are an abuse of the legal process and statutory power, they are vitiated by malafides and extraneous considerations as held by the Supreme Court.

Further, No obligation is placed by the Constitution on the State Legislature to produce evidence before the Court, regarding improper management or mismanagement of the Char Dham fund, necessitating the 2019 Act being made — Neither is it permissible for us, nor do we see any reason to do so, to declare the 2019 Act unconstitutional on this score.

In this case, in the recent judgment of the Supreme Court, the court held that there is no unconstitutionality in the Char Dham act.

In the Kerala shrine case, the uninterrupted management of the Travancore royal family was found to be from. But, in the case of Badrinath Temple, the uninterrupted management was disrupted in 1899, when the administration of these temples was made by the then HC bench of Kumaon that had separated the religious and temporal affairs. No religious sentiments have been violated by this Act. The Board has only taken over secular management, which is legally permissible as said by the court.

The Char Dham temples are all public temples. None of them, including the Gangotri temple, belong to a family nor are they, as held earlier, been established by a religious denomination. The public at large has the right to worship the deity in all the Char Dham and associated temples.

According to the state, the law is merely an attempt to collaborate with the trustees in administering Char Dham Devasthanam which is not intended to divest their existing rights and that of the priests or pandas. Their religious activities have not been touched, nor have the powers of the trustees been suspended. The power has been given to the CEO by the state government only in the management of the Devasthanam.

Further, even after the enactment of the Act, the worship of Dakshina and other types of religious rights and duties vest with the local people.

If the law violates the fundamental rights guaranteed to the citizens of the country, then the law can either be struck down or be read down to bring it in consonance with the Constitution of India. A provision may be read down to save it from being declared unconstitutional.

Hence, Swamy’s challenge to the validity of the 2019 Act, on the ground that it violates Articles 14, 25, 26, and 31-A of the Constitution of India, fails. Also, the legislation does not become unconstitutional merely because there is another view.