Cross-Border M&A Transactions and Their Jurisdictions 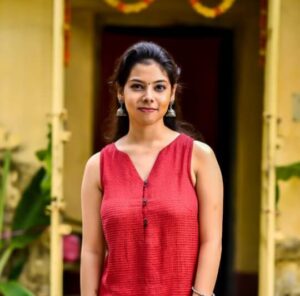 This Blog is written by Jhimli Ojha from KIIT School of Law, Odisha. Edited by Ravikiran Shukre.

Cross border mergers and acquisitions have grown at a massive rate due to globalization. The corporate sector all over the world is redefining itself with cross-border mergers and acquisitions. It allows the companies to globally expand their profit and revenue. It is done for various reasons like avoiding tariffs and nontariff barriers, obtaining more financing options, access better technology, etc. Indian companies have been no different in this case and have participated in a large number of cross-border mergers.

Merger refers to two companies combining with each other to form a new entity, whereas acquisition means one company taking over another. A cross-border merger and acquisition is one company is acquiring another company that is based on foreign land. It helps a company expand its reach globally without starting from scratch. There is a transfer of authority and control in operating the merged or acquired company. In terms of a merger, the assets and liabilities of the two existing companies will be merged to form a new legal entity and in terms of the acquisition, the assets and liabilities of a local company will be transferred to a foreign company, which will automatically affiliate the local company.

Types of cross-border Mergers and acquisitions:

1. Inbound merger and acquisition – it refers to the merger where a foreign company is merging with an Indian company and the resultant company is Indian.

For example: Acquisition of Flipkart by Walmart.

2. Outbound merger and acquisition – it mergers to the merger where an Indian company is merging with a foreign company and the resultant company is foreign.

For example: Acquisition of TATA Steel acquired Corus which is a UK-based company for 8 billion.

The erstwhile Companies Act, 1956, allowed a foreign company to merge with an Indian company, but not the other way round. It said that a transferee company didn’t include a company other than that specified in this Act. The meaning of a transferor company was comparatively liberal and included any corporate body within or outside the meaning of this Act. The act had become outdated with respect to the present needs of the Indian economy and wasn’t at par with the principle of globalization.

After notification of section 234 of the present Companies Act, 2013, by the Ministry of Corporate Affair (MCA)in 2017, cross-border mergers and acquisitions of an Indian company with a foreign company and vice-versa became permitted. However, prior approval of the Reserve Bank of India is required in such cases. The provisions of the merger should not infringe the provisions of any other law. The transfer company needs to give consideration to the shareholders of the transferor company for the transfer of assets and liabilities.

In case of the formation of an inbound company, the provisions of regulation 4 of the Foreign Exchange Management Act (FEMA) are followed.

1) It states that when the resultant company is issuing shares and securities to those who are residing outside India, the pricing guidelines, entry routes, sectoral caps, attendant conditions and reporting requirements for foreign investment of Foreign Exchange Management (Transfer or Issue of Security by a Person Resident outside India) Regulations, 2017 must be followed.

4) The assets of the foreign company will become the asset of the resultant company. However, if it includes any such asset which one is not allowed to hold in India under any Act or rule, the resultant company must sell the same within a period of two years from the date of sanction by NCLT.

5) The resultant company can open a bank account in the foreign jurisdiction to carry out transactions.

a) Resident of India is allowed to hold securities of the resultant company according to the norms of Foreign Exchange Management (Transfer or issue of any Foreign Security) Regulations, 2004.

c) Any outstanding borrowings of the transferor company shall be repaid by the resultant company as per the scheme sanctioned by NCLT.

d) The resultant company is permitted to hold any assets in India or transfer any such assets, according to the permissible limits mentioned in FEMA.

Other than the Acts mentioned above, the following Acts also deal with cross border merger and acquisitions:

1. The SEBI (Substantial Acquisition of Shares and Takeovers) Regulations, 2011

5. The Department of Industrial Policy and Promotion (DIPP) Guidelines

They facilitate the accumulation of capital for the long term. Mergers and acquisitions not only undertake investments but also intangible assets to expand their companies.

Restructuring generally leads to downsizing for the proper functioning of the company, but leads to employment generation in the long run when the business becomes successful.

Different countries use different technologies in their business. When they come together, it creates an opportunity for them to share their technologies and other intangible assets which helps create greater opportunities for the resultant company.

Cross border mergers and acquisitions take place in more than one jurisdiction and as a result, a large number of problems arise from it. Some of these issues are stated here below.

The political scenario plays a very important role in cross-border mergers and acquisitions. Factors like, governmental agencies, employees, suppliers, etc., should be taken into consideration.

In the case of cross-border mergers and acquisitions, the laws of both countries should be understood and looked into. Different countries will have different laws. They are bound to face legal issues due to their diversified legal provisions.

Different countries follow different tax policies. The taxing policy of a country affects all major decisions like the proportion of debt, equity, assets liabilities, etc. in a cross-border merger, the resultant company needs to adjust all its decisions according to the taxation policy of the foreign company which is difficult and confusing.

Apart from legal, political, and cultural issues, a cross-border merger also faces different problems like infrastructure, currency, etc.  Due diligence can affect various factors like the structure of the deal, the price relating to it, and the asset sharing structure between the companies.

Cross border mergers and acquisitions have allowed companies to collaborate with companies all over the world. They provide a wide scope and opportunity to companies and help increase the global market. In the past couple of years, cross-border mergers seemed to have drastically increased in India. However, there are various angles of cross-border mergers which need to be considered before merging which another company.