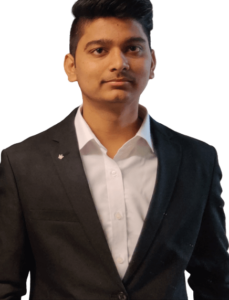 This Blog is written by Yashendra from National Law University, Delhi.  Edited by Yash Jain.

The earning of livelihood is a very important aspect of life. One cannot expect a life without earning substantially to meet both the ends. This aspect of life has led to the evolution of the concept of employment in the modern state. People try to get employed in any work so that they can earn money. They got paid for the work they do but as a human tendency, everyone wants to get paid the same amount for the same work. This competitive behavior has taken the shape of a highly contested issue of modern times. This issue has been generally seen at two levels- one at the gender difference and other at the type of the job i.e., permanent jobs and temporary jobs. While the former is a long issue based on the basic premise that females are less capable than males, the latter one has gotten recognized only after the independence after the setup of permanent government jobs and private jobs. This article will try to analyze the efficacy of the laws implemented to abate the pay gap in light of the recent ILO India Wage 2018 report [1] which highlighted the gender pay gap up to 34%.

Despite no explicit provision in the fundamental rights chapter, this right can be contested for in the courts through the trio of the rights i.e., Art. 14, Art. 15 and Art. 16 which are right to equality, the prohibition of discrimination based on sex and equal opportunity in all the employments. These rights can be said to directly influence the right to equal pay for equal work. Hence, this right has now taken the shape of a fundamental right through various judgments of the Supreme Court.

Besides these provisions, Article 51 also obliges the state to respect the international treaties and this obligation requires the assurance of equal pay for equal work to the employees as stated in Article 7 [3] of the International Covenant on Economic, Social and Cultural Rights 1966 which India has already ratified a long back.

While this right has gained the status of a fundamental right and hence, is protection against state actors, various legislations ensure such discrimination not to occur in private industries too and employees are equally paid for equal work. One of the main legislation dealing directly with the aspect of the gender pay gap is The Equal Remuneration Act, 1976 [4]. This act has mandated the employers not to discriminate against men-women in paying the employees when doing the same work or work of a similar nature. It not only protects employees from the gender pay gap but also protected them by barring employers from recruiting certain people based on sex and discrimination in training, promotion, etc. But this act is applicable in case the work is the same or similar nature. Here, what is the same work or work of similar nature is a question that is to be asked for applying other provisions of the act and this is defined in Section 2(h) of the act. This section defines the same work of similar nature as one in which the skill, effort, and responsibility required are the same. If these are the same, then men and women are entitled to similar payment.

In 2019, the government has brought a Code on Wages Act [8] to consolidate various legalizations dealing with remuneration, wages, and bonuses. The Code on Wages, 2019 has also various provisions dealing with the gender pay difference question. While the Equal remuneration act sought to alleviate the pay differences of men and women, the code on wages has more inclusively used the term gender instead of men and women, and hence, it accommodates all genders against discrimination in payment.

In relation to the Equal Remuneration Act 1976, many problems came up. While the act was for a good cause, there was a lack of procedural implementation and hence, the act proved inefficient and ineffective. Firstly, it seeks to provide for payment of equal remuneration to male and female workers, but it does not guarantee equal pay for equal work among men. It gave birth to a new issue of permanent employees and temporary employees and there a lot of the conundrum happened in the courts as the government companies were providing different salaries for the same work in case of contract working or temporary working. The SC in 2016 has finally upheld [7] the constitutional validity of this principle of equal pay for equal work. It also ruled that temporary employees discharging similar duties and functions as discharged by permanent employees are entitled to draw equal wages like that of the similarly placed permanent employees. Terming the denial of equal pay for equal work as “exploitative enslavement”, “oppressive, suppressive” and “coercive”, the apex court said that in a welfare state, the principle has to be extended to temporary employees as well.

Secondly, it provides for equal wages for men and women for the same or similar work. But the Government on subjective satisfaction has the power to declare that difference in remuneration between men and women in a specific establishment is based on a factor other than sex. Moreover, establishing that the work is the same or similar is a tough task. For instance, in the construction industry women helper carrying bricks are paid less than male helpers who carry cement bags.

While this is the situation of the organized sector where mainly the labor laws are applied, in the unorganized sector such pay differences are very common and are still in vogue due to the very nature of the work. The efficacy of the current laws is quite clear from the different reports that have shown a great pay difference.

The problem is also with the laws that are implemented as all the pay parity laws use the phrase ‘same work or work of similar nature’. Later, the term was interpreted narrowly by the Indian courts. Courts have not attempted a more radical comparison, say care work performed by women working in a crèche, and work performed by male machine operators in the same factory. This is curious, given that ‘same work or work of similar nature’ was defined under the ERA as work involving the same skill, effort, and responsibility. Arguably, taking care of children requires considerable skill, effort, and responsibility, as does operating machines, and therefore both types of work deserve decent pay. Yet, the imagination of courts in terms of the comparisons possible has been limited by the phrase ‘same work or work of similar nature’. The Code reproduces this limited imagination, by re-using the same phrasing as the ERA. Instead, it could have opted to use the language of ‘work of equal value’, as used under the Equality Act 2010 in the UK. Ultimately, unequal gender pay reflects unequal valuing of work performed by women in a patriarchal world. Requiring equal pay for work of equal value, instead, can help shift the patriarchal devaluing of work disproportionately performed by women.

This tendency of paying less to women is based on the premise that they are considered temporary workers or someone who has to give time to the family too. Generally, unmarried women are taken as someone who will one day forgo the duty for family or childcare as the childcare responsibilities are on women in Indian society while their male counterparts would be efficient and also available all the time.

There is a need for more procedural reforms rather than substantive law reforms as the problem with the pay parity legislation is that they are not implemented properly. The implementation of such laws is a bigger problem and the responsibility of the government that is hard to take care of. The real intent to implement it needs more people and logistics through which supervision could be done in private companies and dissuades them from playing fast or loose with the pay parity laws. Moreover, there is also a need for a societal will to consider a woman’s work as important as any other work and also give the same value considering the requirement of a job and not decide merely based on gender.