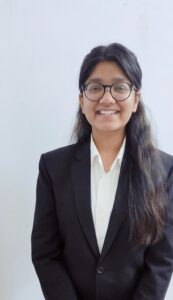 This Blog is written by Surbhi Pareek from NALSAR University of Law, Hyderabad. Edited by Pranoy Singhla.

In this article, the author evaluates the extent and effectiveness of the intellectual property rights of natives in the United States. The legal framework has been critically analysed and some prevalent solutions have also been mentioned which may be adopted to protect and promote the rights of indigenous people in the United States.

Native Americans are recognized for their unique cultures and symbols. It’s important to preserve these cultures from exploitation. Traditional cultural manifestations, traditional knowledge, and genetic resources are all examples of Native American intellectual property. Cultural expressions include many types of art such as signs, designs, painting, dance, music, literature, and performance. Traditional knowledge refers to skills, practices, and inventions in the fields of biodiversity, agriculture, and health. Plants, seeds, and medicinal formulas are examples of genetic resources.

In his article, Terence Dougherty writes that “Intellectual property law in the context of cultural appropriation is particularly relevant to many Native Americans”. Cultural appropriation, according to Dougherty, may have a substantial impact on the indigenous people’s cultural survival due to widespread abuse of native signs and symbols. In addition, author Chante Westmoreland writes in his article that “sacred traditional knowledge is not just information; it is fundamental to the tribal way of life”. This illustrates how intellectual property is highly important to Native Americans in their daily lives and culture.  As a result, anybody who want to use the property must obtain permission from the native people in order to avoid exploitation that may have a detrimental influence on them. Moreover, the federal government needs to provide a law that specifically protects Native American traditional knowledge, traditional cultural expressions, and genetic resources.

The United Nations General Assembly promoted the intellectual property rights of indigenous peoples through establishment of the United Nations Declaration on the Rights of Indigenous Peoples (UNDRIP). Articles 11, 24, and 31 of the Declaration provide various protections to native all across the globe, including the right to preserve, protect, and develop their cultures, as well as the right to develop intellectual property over cultural heritage, traditional knowledge, and traditional cultural expressions, such as archaeological and historical sites, artifacts, designs, rituals, technologies, visual and performing arts, and literature; right to traditional medicines and the preservation of their important medicinal plants, animals, and minerals.

Shabalala in his article, highlights the issue of how Native Americans maintain their cultural properties and how existing federal law protects their rights in light of these instances of property exploitation. Each Native American tribe has its own set of laws and norms, referred to as tribal codes. Shabalala found that out of a hundred tribal codes studied, just nine mention intellectual property or something connected to intellectual property. This study indicates that indigenous peoples do not have proper knowledge and awareness for preserving their cultural heritage. Because they do not know or believe that other people will utilize these properties for their own purposes, the indigenous people remain uninformed.

The present federal laws, on the other hand, do not provide adequate safeguards for Native American intellectual property. The Trademark Law Treaty Implementation Act (TLTIA) and the Indian Arts and Crafts Act (IACA) are some prevalent legislations in the US, which are mentioned as follows:

• The TLTIA’s goal is to “create worldwide consistency of trademark registration,” however “the Congressional Record surrounding TLTIA is devoid of any authority or reference to any safeguards for protection of Native American tribes’ property rights.

• The IACA’s aim or purpose is to protect the Indian arts and crafts industry against fraud. “The IACA trademark system does not provide sufficient, and arguably no, protection for Native American tribes’ cultural property, nor was it ever meant to,” according to Shabalala’s research.

• The Native American Graves Protection and Repatriation Act is another law. (NAGPRA) is a law that protects, returns, and repatriates Native American remains and artifacts discovered on federal or tribal grounds. The NAGPRA, according to Chante Westmoreland’, “provided some protection for physical cultural property but neglected protection for the profound traditional knowledge the object communicates.”

• The Twilight Saga and the Quileute Indian Tribe Controversy: The author integrated the Quileute tribe’s origin tale into the fictional werewolf myth without the tribe’s permission. Despite the fact that the book or the movie “may have a legitimate copyright in the area of federal property,” the illegal use of the Quileute origin myth “may create harm when outsiders come to perceive the unauthorized use of the cultural property as a true depiction of the source culture” as observed by Shabalala. These actions not only abuse the use of Native American intellectual property, but they also affect the images, the stories, and the cultures of the native people.

• Navajo Nation v. Urban Outfitters: The Navajo Nation, a North American indigenous and culturally rich people, are known for the high quality and range of their handicrafts, such as jewellery, pottery, weaving, and paintings. The American multinational firm Urban Outfitters, aware of the economic significance of the term “Navajo,” chose to advertise items bearing the names “Navajo” and “Navaho” and to imitate traditional Navajo patterns without official license. Urban Outfitters’ use of the Navajo Nation’s name and design not only violated the Navajo Nation’s intellectual property rights, but also the federal Indian Arts and Crafts Act, resulting in unfair competition and disrespect for Navajo culture. The Navajo Nation brought the dispute to court, and the parties eventually came to an agreement in September 2016, under which they agreed to collaborate and promote genuine “Navajo” commodities.

• Mixe v. Isabel Marant vs Antik Batik: The Mixe people are a culturally rich indigenous community of Mexico who were also victims of cultural appropriation when fashion designer Isabel Marant exhibited a blouse with graphic motifs comparable to those of a Mixe blouse from Santa Maria Tlhuitoltepec in her new collection in 2015. This blouse, a Mixe cultural property, was not only imitated by Isabel Marant, but Antik Batik, a French fashion brand, claimed to be the legal owner of the design’s rights and filed a lawsuit against the designer in French courts. On the one hand, the French courts refused to recognize any legal claim of both the French designer and the French corporation on the blouse; and on the other hand, the Oaxaca Congress issued a forceful, non-binding, but persuasive declaration. Indeed, this demonstrated Mexico’s concern for the cultural worth of its communities, as well as its desire to safeguard those communities from cultural exploitation.

A lot of similar judgments in the world of intellectual property rights have carved out space for indigenous’ intellectual property rights also which ultimately leads to the protection and promotion of the rights of natives in the USA who are completely unaware of their rights. Still, umpteen efforts need to be taken to further benefit the natives.

There is no assurance that the present structure of US IP law, which has existed for centuries, can apply one-to-one to Native American IP. The “rights to do some things and to stop others from doing certain things” that IP law gives do not properly encompass Native American property, putting Native American tribes at threat of exploitation. Native American intellectual property laws are “designed to safeguard and maintain valuable cultural heritage of long-term societal importance.” Native American safeguards are intended to extend the life of the things they protect; federal IP is only guarded up to a certain point to allow for scientific and artistic advancement. Indigenous customary law is frequently ignored by the international property rights framework also.

A plethora of intellectual property rights breaches against indigenous peoples can be seen as infringement of their right to information. For instance, the usage of tribal names without permission is prohibited but still many cases have occurred where the tribal names haven been used unauthorizedly causing violation and disrespect to the rights of the tribal people, just because the tribal folks are unaware of their rights.

Not only is it economically unjust to exploit indigenous people’s cultural property without their agreement, but it may also be an insult to indigenous people who historically assign spiritual and cultural value to specific terms, images and patterns. consequently, it was critical to take steps to safeguard their economic and cultural rights. In recent years, there has been tremendous progress in the enforcement of indigenous peoples’ rights, notably their intellectual property rights. But these laws and legislations have still not been able to provide a preventive framework to the natives due to they being at a disadvantage of not being properly informed.

There may be some measures which may be taken to protect their cultural assets, such as names, patterns, music and dance, by registering trademarks, designs and copyrights. However, this solution may not be feasible since they do not have any legal authority which may represent them. Other measures might include rejecting any trademarks made up of names, designs, or models that imitate local characteristics unless they are licensed. It is a viable and desirable means of honouring and protecting indigenous peoples, their culture, and their way of life.

There are still practical, legal, and ethical concerns to ponder upon. However, the concept should be clear: if indigenous knowledge is moved out of the public domain and into the IP system, the indigenous community that developed it should make the decision—and any advantages should be transferred to that group.

Indigenous intellectual property encompasses each indigenous culture’s distinctive knowledge, customs, beliefs, and philosophy. When an indigenous community’s traditional knowledge is snatched away, the group loses control over the way in which that information is used. Native American tribal councils and communities have recently inquired about and discussed intellectual property rights, focusing on the possibility of current patent, copyright, and trademark legislation to protect their Native American intellectual property. However, considering the actual policies and procedures, dependence on those areas of substantive law is essentially unwarranted.

The possibility for leveraging the provisions and broadening the applicability of current legislation such as IACA and TLTIA must be re-emphasized. If Native American tribes use the Act properly, it provides some level of protection for their intellectual property. To safeguard their intellectual property, Native American tribes must concentrate their efforts on both enforcing criminal laws and bringing civil cases as per the civil remedial measures under the current legal framework.