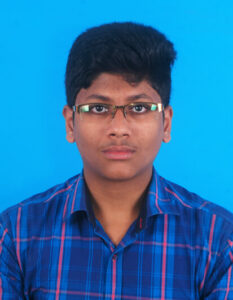 This Blog is written by Neyan Madhavan from Symbiosis Law School, Noida. Edited by Ritika Sharma.

WHAT IS FRBM ACT?

The bill was approved by the Union Cabinet in 2003 and came into effect from 2004. In basic words, FRBM Act controls the budgetary expenditure of both the State Government and Central Government. There are 13 Sections in total.

Kerala has sought relaxation under Fiscal Responsibility (news). As indicated by Kerala’s current fiscal position, Kerala can borrow about ₹25,000 crore in the current financial year 2020-21. But Kerala has announced an emergency relief package worth ₹20,000 crore. The state of Kerala has proposed to acquire ₹12,500 crore from the market during the start of the financial year. If Kerala acquires ₹12,500 crore during the start of the financial year itself, then the state would be left with only 50% of the allocated budget i.e., ₹12,500 crore for the rest 11 months, out of which the state has to carry out several socio-economic activities and post pandemic recovery.[1]

Relaxation of FRBM works in the following way

Under Section- 4(2) of The FRBM Act, “The centre can exceed the annual fiscal deficit target citing grounds that include national security, war, national calamity, collapse of agriculture, structural reforms and deadline in real output growth of a quarter by at least 3% points below the average of the 4 quarters”[3].

1.2 SIGNIFICANCE OF THE DEVELOPMENT

FRBM Act focuses on increasing the revenue and decreasing the expenditure. FRBM ensured that the fiscal deficit is constrained to 3% of the nominal GDP and revenue deficit is constrained to 0%. Revenue deficit is the excess of total revenue expenditure to its total revenue receipts. It is only related to revenue expenditure and revenue receipts. To guarantee that the states are also monetarily wealthy, the 12th Finance Commission prescribed the states in 2004 to link the debt relief to states with their order of comparable laws. From then on the states have established their own respective financial responsibility legislation, which sets the equivalent 3% Gross State Domestic Product (GSDP) cap on the annual budget deficits.

The government has used “Escape Clause” under the FRBM Act, which permits the centre to break its fiscal deficit target by 0.5% during difficult times like extreme stress in the economy including times of structural change and when growth falls forcefully. The Union Budget increased the fiscal deficit to 3.8% of the GDP for 2019-20 from the 3.3% pegged before, because of income deficiency.[4]

The FRBM Act made it compulsory for the government to place the Macro-Economic Framework Statement as one of the essential documents alongside the Union Budget documents in the Parliament every year.

This document has details regarding GDP growth in the past 2 years and estimated GDP growth for 2020-21. It also compares the estimated production of agricultural products in 2017-18 & 2018-19 against the actual production of agricultural products in those respective years. It states the level of inflation in the economy during a period of five years and the reasons for inflation. Index of Industrial Production remained stagnant during April to November 2019 as compared to huge rise in 2018-19. The development of the economy of India seems to be stationary and is expected to rise during 2020-21. Geo-political strains in Middle East and increasing crude oil prices due to disturbance in supply of that particular commodity which may result in deceleration of growth and drastic increase of inflation is one of the major challenge for the economy of India. Global economic growth is expected to rise in the Financial Year 2020 which could likely boost India’s growth. Taking into account, a positive outlook towards the economic rebound, the nominal growth of the economy is expected to rise 10% in the Financial Year 2020-21. It also states about various other sectors such as external sector, financial sector, banking and non-banking sector and capital market.

FRBM Act has played a major role in the Indian economy. In May 2016, the centre set up a panel under NK Singh to review the FRBM Act. The government accepted that the objectives were excessively inflexible. The advisory committee suggested that the government should focus on a fiscal deficit of 3% of the Gross Domestic Product in years up to March 31, 2020 and cut it to 2.8% in the Financial Year 2020-21 and to 2.5% by 2023. The principles of the FRBM Act were amended in 2018 and recently to the setting of a target of 3.1% for March 2023.[5]

Why experts tend to prefer Capital Expenditure over Revenue Expenditure?

1.5 PROVISION IN THE LEGISLATION

The Fiscal Responsibility and Budget Management Bill (FRBM Bill) was presented in India by the then Finance Minister of India, Mr. Yashwant Sinha in December 2000.

1) Firstly, the bill featured the awful condition of government funds in India both at Union and State levels under the announcements of articles and reasons. It also tried to present the fundamentals of fiscal discipline at different levels of the government.

2) The bill was passed by the Cabinet of Ministers of the Union Government of India in February 2003 and following the due establishment procedure of Parliament, it got the consent of the President of India on August 26th, 2003

3) Subsequently, it became effective from July 2004.

4) Further, the bill proposed for the government to decrease liabilities to half of the evaluated Gross Domestic Product by Financial Year 2011-12. There were mixed reviews from financial analysts about the provisions of the bill, with some reprimanding it as too drastic.

This case was filed by Shri Durgeswar Hazarika (6th respondent). In the writ petition, the challenge is to the consequential action of publishing the select list for appointment of Principal in 51 esteemed colleges. According to the writ petitioner, since he was not sanctioned the post of Vice-Principal in which he had been discharging duties and functions, he had been deprived of being the In-charge principal. The Government of Assam (Education Department) informed the Principal Secretary of the State Selection Board to elect principals against the vacancies in the ratio of 1:3 be restricted to the number of vacancies only as per the provision of Fiscal Responsibility & Budget Management Act (FRBMA). The Learned Judge noted that there was a complaint with respect to number of candidates selected in comparison to 51 number of posts. According to the necessity of Rule 10 the Assam Education Department Selection Rules, 1981, the Selection Board was required to choose candidates in the proportion of 1:3. The selection list has restricted the candidates on applicability of the FRBM Act. Applying the provisions of the said act, the authority could not have confined the right of consideration for empanelment with inevitable choice for the post of Principal of college. Besides at the same time, the authorities could not have ignored the provision of Section 6 of FRBM Act. As per the said provision, respective colleges are selecting and recommending authority for arrangement to the post of principal.

The Key Fiscal Indicator of Central Government Gross Fiscal Deficit [Gross Fiscal Deficit has decreased after the implementation of FBRM Act as compared with pre FRBM period]. However, revenue deficit and primary deficit has decreased insignificantly. The interest payments as a ratio of revenue receipts and revenue expenditures has likewise recorded substantial decrease in post FRBM era.[7]

Have FRBM norms been relaxed in the past?

There have been a few examples of the FRBM objectives being reset. Recently while introducing the budget for 2020-21 in February 2020, Finance Minister Nirmala Sitharaman had referred to the ongoing reductions in corporate tax as structural reforms that would trigger the escape clause empowering the legislature to recalibrate the fiscal deficit target for 2019-20 to 3.8%, from the planned 3.3%. The overflow effect of the changes would likewise require a reset for 2020-21 from the previous deficit target of 3% to 3.5%.[8]

All the while the deficit objectives for the states were also loose to 3.5% of Gross State Domestic Product & 4% of Gross State Domestic Product for fiscal 2009-10. The points of reference are there and given the unprecedented nature of the pandemic and its staggering effect on the worldwide economy, another huge deviation from the FRBM norms is likely in the present and next fiscal years.

India has adopted fiscal rules for over 10 years. The monetary principles have not been followed by the Central Government, particularly after 2008 predominantly as a result of the global crisis. Taking into account, the changing conditions in the economy, most likely, there is a need for a standard and constant review of the fiscal policy and targets contained in FRBM, as conditions can change in the economy. It must be noted that there are a few pre-conditions that should be satisfied before rules come into play. Strong estimation of financial and monetary indicators that will help improve fiscal marksmanship, a solid spotlight on financial reasonability, assessment of productivity of government expenditure, establishment of a long term fiscal policy with a medium-term intermediate target system, significance on government investment instead of spending and separation of debt and money management will be instrumental in the effective and proficient operation of FRBM Act.[9]