Legal Validity Of The Judgments Of The ICJ 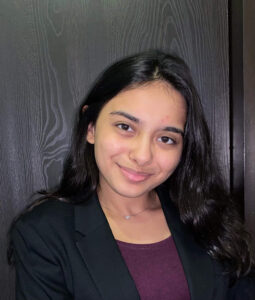 This Blog is written by Pranavi Shah from SVKM’s Pravin Gandhi College of Law, Mumbai. Edited by Uroosa Naireen.

The ICJ consist of 15 judges who are elected by the General Assembly and Security Council of the UN, for a term of 9 years. The election process is mentioned in Articles 4 – 19 of the ICJ Statute. Five Judges are elected to the Court ever three years to ensure the continuity of the Court. Only one judge of a given nationality can serve in the Court at the same time. According to Article 9, The Judges of the Court are required to represent the “main forms of civilization and of the principle legal systems of the world.” Informally, there are five seats for Western countries, three seats for African countries, two seats for Eastern European countries, two for Asian countries and two for Latin, American and Caribbean countries. The Court’s official working languages are French and English.

According to Article 93 of the of the United Nations Charter, all the UN member states are automatically a party to the ICJ. However, even non-members can become parties to the Courts’ statute under Article 93(2). When a state becomes a party to the ICJ Statute, it is entitled to take part in the cases before the Court. However, being a party to the statute does not directly give the court jurisdiction in disputes relating to those parties.

JURISDICTION OF THE ICJ

1. Contentious Jurisdiction – In contentious cases the ICJ settles legal disputes that are submitted to it by the States according to the international law. An international legal dispute can be defined as a disagreement on a question of law, fact, conflict, or a clash of legal views or interest. As only States can apply and appear before the ICJ, other international organizations, authorities and private individuals cannot institute proceedings in the Court.

(a) Special Agreement – Article 36, paragraph 1 of the ICJ Statute provides that the jurisdiction of the Court comprises of all cases which the parties refer to it. Such cases are referred to the Court by a notification to the Registry about an agreement called as “Special Agreement” entered by the parties for this purpose.

The declarations referred to above may be made unconditionally or on condition of reciprocity on the part of several or certain states, for a certain time and such declarations shall be deposited with the Secretary-General of the UN, who shall send the copies to the parties and to the Registrar. Declarations made under the PCIJ which are still in force shall be deemed, as between the parties to the present Statute, to be acceptances of the compulsory jurisdiction of the Court for the period they have to run and in accordance with their terms.

(e) The court itself decides any question concerning jurisdiction – The Statute provides that in the event of a dispute as to whether the Court has jurisdiction, the matter shall be settled by the decision of the Court. Article 79 of the Rules lays down the arrangements for filling preliminary objections.

(f) Interpretation of a judgement – According to Article 60 of the ICJ Statute, in the event of a dispute as to the meaning or scope of the judgement, the Court shall construe it upon the request of any party. The request for interpretation may be made either by means of a special agreement between the parties or an application by either of the parties.

(g) Revision of the judgements – An application for revision of a judgement can only be made when it is based on the discovery of some fact of such a nature as to be a decisive factor, which fact was, when the judgement was given, unknown to the Court and also to the party claiming revision, always provided that such party’s ignorance was not due to negligence. A request for revision can be made by an application.

2. Advisory Jurisdiction [2] – An advisory opinion is a function of the Court limited to the United Nations bodies and agencies. After receiving a request, the ICJ can decide which States and organizations might provide useful information and gives them an opportunity to present written or oral statements. The Court’s advisory opinions are consultative in character and generally don’t result in judgements that are aimed to resolve specific controversies. Certain regulations and or instruments can, however, provide in advance that the advisory opinion shall be specifically binding on particular agencies or states. Even though the advisory jurisdictions of the Court are influential and widely respected, they are not authoritative and are inherently non-binding as per the Statute of the Court.

On 9 April 1984 Nicaragua filed an Application instituting proceedings against the United States of America, together with a request for the indication of provisional measures concerning a dispute relating to responsibility for military and paramilitary activities in and against Nicaragua. On 10 May 1984, the Court made an order indicating provisional measures. One of these measures required the United States immediately to cease and refrain from any action restricting access to Nicaraguan ports, and, in particular, the laying of mines. The Court also indicated that the right to sovereignty and to political independence possessed by Nicaragua, like any other State, should be fully respected and should not be jeopardized by activities contrary to the principle prohibiting the threat or use of force and to the principle of non-intervention in matters within the domestic jurisdiction of a State. The Court also decided in the order that the proceedings would first be addressed to the questions of the jurisdiction of the Court and of the admissibility of the Nicaraguan Application. Just before the closure of the written proceedings in this phase, El Salvador filed a declaration of intervention in the case under Article 63 of the ICJ Statute, requesting permission to claim that the Court lacked jurisdiction to entertain Nicaragua’s Application. In its order dated 4 October 1984, the Court decided that El Salvador’s declaration of the intervention was inadmissible as it related to the jurisdictional phase of the proceedings.

After hearing argument from both parties in the course of public hearings held from 8 to 18 October 1984, on 26 November 1984 the Court delivered a Judgment stating that it possessed jurisdiction to deal with the case and that Nicaragua’s Application was admissible. In particular, it held that the Nicaraguan declaration of 1929 was valid and that Nicaragua was therefore entitled to invoke the United States declaration of 1946 as a basis of the Court’s jurisdiction (Article 36, paragraphs 2 and 5, of the ICJ Statute). The subsequent proceedings took place in the absence of the United States, which announced on 18 January 1985 that it “intends not to participate in any further proceedings in connection with this case”. From 12 to 20 September 1985, the Court heard oral argument by Nicaragua and the testimony of the five witnesses it had called. On 27 June 1986, the Court delivered its Judgment on the merits. The findings included a rejection of the justification of collective self‑defence advanced by the United States concerning the military or paramilitary activities in or against Nicaragua and a statement that the United States had violated the obligations imposed by customary international law not to intervene in the affairs of another State, not to use force against another State, not to infringe the sovereignty of another State, and not to interrupt peaceful maritime commerce. The Court also found that the United States had violated certain obligations arising from a bilateral Treaty of Friendship, Commerce and Navigation of 1956 and that it had committed acts such to deprive that treaty of its object and purpose.

It was decided that the United States was under a duty immediately to cease and to refrain from all acts constituting breaches of its legal obligations and that it must make reparation for all injury caused to Nicaragua by the breaches of obligations under customary international law and the 1956 Treaty, the amount of that reparation to be fixed in subsequent proceedings if the Parties were unable to reach an agreement. The Court subsequently fixed, by an order, time‑limits for the filing of written pleadings by the Parties on the matter of the form and amount of reparation, and the Memorial of Nicaragua was filed on 29 March 1988, while the United States maintained its refusal to take part in the case. In September 1991, Nicaragua informed the Court, inter alia, that it did not wish to continue the proceedings. The United States told the Court that it welcomed the discontinuance and, by an Order of the President dated 26 September 1991, the case was removed from the Court’s List.

Although the questions of jurisdiction and admissibility are primarily based on the principle that the I.C.J. has only as much power as that agreed to by the parties, these can be quite complicated. The 1946 declaration of the United States and the 1929 declaration of Nicaragua was the main focus of the case on the declaration and each of these declarations pointed out the respective parties’ intent as it related to the I.C. J’s jurisdiction

Today only 72 out of 193 UN states and one permanent members of the Security Council accept the compulsory jurisdiction the ICJ. However, the judgements of the ICJ play an influential role in the development of International Law and inherently affects state behaviour by the obligations and rules created by it. This can be seen in the codification of the Court’s legal principles in treaties as well as the Court’s participation in influencing and developing customary international law.