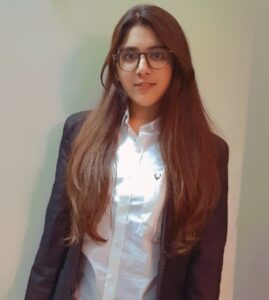 This Blog is written by Andre Sachdeva from Vivekananda School of Law and Legal Studies, VIPS, New Delhi. Edited by Prakriti Dadsena.

Rent is the price or amount stipulated in the lease or tenancy agreement to be paid by the tenant to the landlord in exchange for exclusive ownership of the leased property for the term of the lease. Thus, in order to regulate rent in Maharashtra, the state government introduced the Maharashtra Rent Control Bill, 1999, which resulted in the Maharashtra Rent Control Act, 1999, which went into effect on March 31, 2000. The state of Maharashtra, prior to the enactment of the New Act, had established a Rent Enquiry Committee, known as the Tambe Committee.

After the act came into force, it replaced the three acts which were prevailing in the state to rule on issues concerning tenancy disputes which included all laws which govern rent control.  This Act has been enacted to unify, consolidate and amend the law linked with rent control and repairs of certain premises, as well as eviction, and to encourage the construction of new houses by ensuring a fair return on the investment by lands, as well as to provide for matters connected with the aforementioned purpose.

The Rent Act’s preamble explains the statute’s overall objective and aim. The preamble gives the primary functioning of the Act:

1. Controlling of rent so that they do not exceed the standard rent or the reasonable rate, as the case may be.
2. Governing the repair of premises that may be or are demolished.

To encourage the construction of new residences by ensuring a reasonable return on investment, and to provide for things related to the aforementioned reasons.

This Act applies to properties rented for the purposes of housing, education, business, trade, or storage in the areas listed in Schedules I and II of the Act. Section 9 of the Act defines premises as garden, ground, garage, and outhouses if any appurtenant to such building or part of the building any fitting affixed to the building or part of the building for beneficial enjoyment, but does not include farm building, room, or other accommodations in hotel and lodging houses. This Act also applies to premises leased or licenced to the government or a local body. However, certain premises are excluded under Section 3 of the Act.

Some Important Provisions include:-

According to Section 8 of the Act, the Court may fix basic rent and authorised increases in certain cases upon an application made to it or in any suit or hearings, fix the standard rent at such value as the Court deems just having regard to the regulations of this Act and the facts of the case. If a tenant applies to the court to establish the standard rent or determine the permissible increase, the court should immediately define the amount of rent or permissible increase that the tenant must deposit in court. Even if the court is satisfied at any juncture of the case for rent recovery, if either with or without a claim for possession of the premises, that the rent is unreasonable and that a standard rent should be fixed, the court may make an order directing the renter to deposit such amount in court immediately.

Section 14 of the Act imposes an obligation on the landlord to keep the facilities in good condition. If a landlord fails to perform a repair that he is required to do by law, and a tenant interested in the repair serves him with a fifteen-day notice, the tenant may perform the repair and deduct the cost from the rent. It is a significant clause in favour of the tenant since it is common for landlords to keep the premises in such a state that no one can dwell there. As a result, this provision is included in the Act to discourage such practises.

Section 23 of the act makes particular arrangement for the restoration of possession of the tenanted properties to members of the Union’s military forces, scientists, or their successors in interest who are entitled to recover ownership of the property for their usage.

In contrast, landlords are prohibited under Section 29 of the Act from interrupting or withholding any necessary supply or service of the tenanted property.

Section 31 requires the landlord to provide a receipt for any monies received in relation to the facilities.

The new legislation brought about a slew of modifications, including the following:

1. Land is not included in the concept of ‘premises.’ As a result, tenancy or lease of land alone will not include land. As a result, only land tenancy or lease will be exempt from the provisions of this Act.
2. The Law provides to the entire region of Maharashtra, along with the districts of Vidarbha and Marathwada. The Rent Acts that apply to these two places have been abolished.

3. From the date of the Act’s enactment, that is, March 31, 2000, the landlord shall be able to increase the rent by 4% each year for premises rented for the purposes of dwelling, education, business, commerce, or storage.
4. The Act has no specific provisions for hotels or lodging houses.

5. The landlord may also raise the rent in a reasonable manner for any upgradation or structural change to the premises that is carried out with the written permission of 70% of the tenants.

6. The landlord may also raise the rent by up to 15% each year to cover expenditures spent as a result of specific improvements performed or new facilities offered.

7. A landlord may also levy a fee, premium, or deposit in exchange for granting or renewing a lease of any property or consenting to it.

8. The premises to which the Act applies include buildings or structures or parts of them, as well as the land adjacent to them, including garages and outbuildings.

In the case of Deena Nath v. Poorna Lal[1], the court recognized a need for genuine demand from a mere whim or imaginative want. The bona fide criterion is present and must be shown in genuine necessity in order to persuade the Court that it is not only a fancy or whimsical wish.

In the case of Hansa Bhaskar Dave v. Harihar Mahata[2] the court stated that in an action for declaration of tenancy, the landlord argues that the plaintiffs are just gratuitous licensees and that tenants, who are in physical possession of the suit premises and whose occupancy was not forced, cannot be evicted without following appropriate procedure. Tenants are entitled to the restoration of both the electric and water supplies.

In Shyam Shaan v. Sheoji Bhai and Anr.[3], The tenant who continues to occupy the tenancy premises after the tenancy has been terminated is an illegal and wrongful occupier, and a decree for damages or mesne profits can be issued for the length of such occupation, until the day he gives the vacant possession. As a result, the court might award mesne profits to the landlord when considering the case.

In the case of Mohd. Shakil v. Chandrabali[4], The court of appeals opined Five-year lease on the site. Unregistered lease deeds cannot be entered as evidence, although they can be evaluated for collateral purposes such as the nature and character of the party’s possession and whether the lease was for residential or commercial purposes. Leases of immovable property for a term of more than one year must be registered.

In the 2014 cases Sunita v. Ramanlal & other[5], The mortgagor grants a lease on a mortgaged property. The Maharashtra Rent Control Act does not protect a renter who is hired within the mortgage’s term

The Maharashtra Rent Control Act has significantly decreased the time it takes for a landlord and tenant to settle their dispute. The method under the previous Act in the Vidarbha area was a two-tier structure, in that the Act needed first the consent of the Rent Controller, and then a separate suit for possession on the basis of the approval acquired. The new Act includes safeguards to protect honest and innocent tenants as well as needy landlords’ rights and interests.