Menace Of Child Pornography And Need Of Regulation 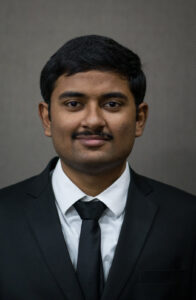 According to a recent study jointly conducted by the U.S. National Centre for Missing and Exploited Child and the National Crime Record Bureau, over 25,000 items of child sexual abuse content have been uploaded to the Internet over the past four months. These data fuels the demand for new laws and regulations to address the threat of child pornography due to the inefficiency of the existing laws.

There are many treaties and laws which prohibits the circulation of content related to child pornography. The 1989 United Nations Convention on the Rights of the Child, the first legally binding children’s rights treaty, provides for the protection of children from sexual exploitation. Article 34 of the Convention imposes on States the duty to take all applicable regional, bilateral and international steps to protect children from all types of sexual exploitation or violence. Section 2 (da) of the POSCO Act defines child pornography. “child pornography means any visual depiction of sexually explicit conduct involving a child which include photograph, video, digital or computer generated image indistinguishable from an actual child and image created, adapted, or modified, but appear to depict a child”.

Article 39(f) obliges the State to direct its policy towards the safeguarding of children’s health and strength and to provide them with opportunities and facilities for healthy growth, and Article 45 provides that the State shall strive to provide early childhood care and education to children under the age of six. India currently lacks online mechanism of close tracking, reporting, and removal of online Child sexual abuse material. As a result, the CSAM reporting and removal data is not available and also it is not monitored or analyzed, nor would very few people know how to report content related to CSAM. To ensure timely and effective use of technology to curb the menace child pornography use of technology should be promoted.

Pornography has psychological implications on children. Depression, frustration and anxiety are associated with it. It can bring mental distress. It also impacts children’s day-to-day functioning, their biological clock, their jobs and their social relationships. Like in a horrific incidence was reported in dehradun in 2018, where a 10th-class girl was brutally raped by four of her seniors and when the accused was arrested, they confessed that they had done so rigorously after watching pornographic material on the internet that created the sexual fantasies.

According to the 2010 survey of children and young adults conducted by the Indian Ministry of Women and Child Development, 53.22% of children reported sexual abuse and 5.69% of children and young adults were sexually assaulted by oral sex or vagina or anus penetration. Most of child molesters today use digital technology to manage, preserve and increase the scale of their collections of child pornography. Another shocking data that was shared by home minister of Maharashtra reveals that 133 FIRs have been registered and 46 individuals have been arrested by Maharashtra Police in connection with child pornography cases since the COVID-19 lockdown on 25 March was enforced. Children’s are the future of any society and nation. Day by day circulation of content relating to child pornography is increasing which directly affecting the psychology and mindset of youth and teenagers. Delhi bois locker room case is one such example of it. In this case on the instagram group obscene messages and morphed photos of underage girls were shared. Admin of this group is 12 class student and some members were as young as 13 year. By these data and examples we can see how badly the psychology of teenager and youth is getting affected by the unrestricted circulation of content related to child pornography.

(2) Whoever using a child or children for pornographic purposes under sub-section (1), commits an offence referred to in section 3 or section 5 or section 7 or section 9 by directly participating in such pornographic acts, shall be punished for the said offences also under section 4, section 6, section 8 and section 10, respectively, in addition to the punishment provided in sub-section (1).”

(1) Any person, who stores or possesses pornographic material in any form involving a child, but fails to delete or destroy or report the same to the designated authority, as may be prescribed, with an intention to share or transmit child pornography, shall be liable to fine not less than five thousand rupees and in the event of second or subsequent offence, with fine which shall not be less than ten thousand rupees.

(2) Any person, who stores or possesses pornographic material in any form involving a child for transmitting or propagating or displaying or distributing in any manner at any time except for the purpose of reporting, as may be prescribed, or for use as evidence in court, shall be punished with imprisonment of either description which may extend to three years, or with fine, or with both.

The petitioners prayed that young children’s intra-State trafficking, bondage and forcible confines, regular sexual harassment and abuse be made known under the Indian Penal Code. The Supreme Court of India also referred cases of child sexual abuse to the Law Commission of India.

On the lack of specific legislation, Murlidhar, J stated that “India may wish to develop a different kind of legislative model to regulate the use of the internet with a view to prohibiting its use for disseminating child pornographic materials the task deserves the utmost priority.”

For children belonging to the lower class the impact of pornography is different compared with children belonging to the high class. A single solution would not be able to deal effectively with this issue. The school program lacks the sex education courses and workshops. Sex is seen as derogatory in India (something that should be kept hidden). There is no healthy dialog about sex within the family. It causes the child to know this from outside which has led to a pornography addiction. It is very hard for agencies to detect child pornography activities and monitor them effectively. The proliferation of pornographic material on mainstream websites and OTT (over-the-top) services such as Amazon Prime, Netflix, Hotstar, etc, makes differentiating between non-vulgar material and vulgar content.

It is difficult to develop a precise definition of the term ‘obscenity. For one nation what may be considered obscene might not be considered obscene in another. It depends primarily on the moral and ethical values of the citizens who belong to a given country. However, the traditional concept of obscenity refers to an act of speech of item which, due to its indecency or lewdness in content or form, is likely to corrupt the morality of the general public. In most countries, the display of something offensive to modesty or dignity or the presentation of unchaste or lusty ideas or being indecent or lewd is considered obscene. In my opinion we should totally ban porn sites in India to control child pornography. This stringent action can larger solve the problem. That would give us time to think and plan new ways of eradicating Indian child pornography. Indians should prohibit the depiction of children, both real and virtual, as well as adults who appear to be minors in online child pornography. Stringent measures must be taken to combat such heinous abuse.