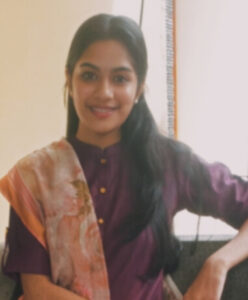 The Motor Vehicles Act was enacted in 1988. This Act provides for the regulation of the aspects relating to road transport vehicles. It mainly deals with the laws relating to registration of motor vehicles, licensing of drivers, insurance, liability, offenses, and punishment for the same. It also gives emphasis to the provisions relating to state transport undertakings, traffic regulations, etc. In 2017 a bill as to the amendment of the Motor Vehicle Act, 1988 was introduced. Later in 2019, this Act was amended and Motor Vehicles (Amendment) Act, 2019 came into force. This amendment is to be viewed as an upgraded switch from the 1988 Act, and this was introduced so that there is an effective control in the rising road accident cases in India. This Amendment led to an increase in several traffic fines and also the introduction of stricter provisions as to the penalties in case of rash and negligent driving causing accidents.

SIGNIFICANCE FOR THIS DEVELOPMENT

A report of the World Health Organization in 2018 showed that it is India, that has the highest number of road accidents worldwide. Road accidents are caused due to a lot of reasons. Poorly constructed roads, potholes, roads under construction, rash and negligent driving, and so on and can lead to road accidents in India. This Act aims at controlling the negligence of the motorists in the public roads while driving, which will lead to these accidents. In another report of 2017, provided by the Ministry of Road Transport, it can be seen that around 5 lakh road accidents occur every year, in which most of them are deadly, and around 1.5 lakh people are killed in the same. In 2017 we realized that it was high time that we prevent such menace. Thus, this amendment came into force.

Moreover, it was necessary to amend the thirty-year-old Act and to make changes so that the motorists will be more responsible. This also led to the technological advancement and utilization of online services by road users in India.

PECULIARITIES OF THIS ACT

• Increase in compensation for victims of hit and run cases

• A Motor Vehicle Accident Fund, to be constituted by the Central Government, to provide compulsory insurance.

• Increased fine amounts and stricter punishments to be imposed so that people respect the traffic rules and maintain safety.

• Punishment and fine to be imposed on the guardian of a juvenile offender. This is a new category introduced through this amendment.

• In case of any vehicle, having defects which may cause damage to the environment or the driver; that vehicle may be ordered to be recalled by the Central government.

• Apps like VAHAN and SARATHI were launched to curb malpractices relating to the licensing and vehicle registration.

• Installment of CCTVs, Speed Guns, and other equipment to monitor and control traffic violations

CHANGES IN THE STATUTORY PROVISIONS BROUGHT THROUGH THIS AMENDMENT

• Section 196 imposes a fine of Rs 2000 for driving without insurance.

• Section 194D deals with riding without helmets. According to this section, a person found driving without a license a fine of Rs 1000 will be imposed and also disqualification of the license for a period of 3 months.

• As per Section 85 of the Act – If a juvenile commits an offense under this Act, the guardian of the juvenile shall be deemed to be guilty of such offense. A penalty to be imposed on such a guardian or owner and shall be punishable with imprisonment for a term which may extend to three years and with a fine of twenty-five thousand rupees.

• Section 177 provides for the general violations and for the same a penalty of Rs 500 is imposed.

• Section 210 B provides twice the penalty for the amounts prescribed in the Act before for offences committed by the enforcing authorities.

• Section 206 imparts power to the officers to impound documents.

• Section 134 A describes who is a Good Samaritan

• A Good Samaritan shall not be liable for any civil or criminal action for any injury to or death of the victim of an accident involving a motor vehicle, where such injury or death resulted from the Good Samaritan’s negligence in acting or failing to act while rendering emergency medical or non-medical care or assistance.

In this case, a Public Interest Litigation was filed under Article 226 in the Gujarat High Court. The petition prayed for the issue of Writ of Mandamus by the court directing the state to take appropriate safety measures as per Motor Vehicles (Amendment) Act 2019. It was further prayed to declare and amend the Gujarat Motor Vehicles Rules, 1989 granting exemption to the driver and the pillion riders from wearing protective headgears as it is illegal and unconstitutional. The state government in reply, stated that the proviso to Rule 193 of the Gujarat Motor Vehicles Rules, 1989 was already deleted. Further, it stated that the State of Gujarat is all set to adopt the new standards put forward by the Amendment. And proper actions have been taken for the effective implementation of the same. This petition was dismissed as this was a wrong impression created in the minds of the people by a newspaper report.

In this case, the court (ADDL.JUDGE AND MOTOR ACCIDENT CLAIMS TRIBUNAL, COURT OF SMALL CAUSES BENGALURU) granted relief to the petitioner, that is compensation for the injuries sustained by him due in a road traffic accident. The petitioner sustained grievous injuries due to falling down while he was riding a motorcycle. This was due to the rash and negligent driving from the part of the respondent. The court held that the petitioner is entitled to the compensation of Two and a half lakh rupees (Rs. 2,50,000/- lakh only) as per section 164 of the Motor Vehicles (Amendment) Act.

Section  164 of the Act says that – “Notwithstanding anything contained in this Act or in any other law for the time being in force or instrument having the force of law, the owner of the motor vehicle or the authorized insurer shall be liable to pay in the case of death or grievous hurt due to an accident arising out of the use of motor vehicle, a compensation, of a sum of five lakh rupees in case of death or of two and a half lakh rupees in case of grievous hurt to the legal heirs or the victim, as the case may be.”

Although this Amendment has more beneficial aspects to it. Certain things are left unsaid. Certain areas with regards to the utilization of the Accident fund is unclear. The penalties imposed on violation of the provisions on the interim relief to the accident have been specified, the offenses and the nature of those offenses which will lead to imposing such penalties have not been mentioned. Another concern is the uncertainty as to who will bear the cost of CCTVs, Speed guns, and other equipment used for the monitoring and control of traffic violations.  But at the same time, this Amendment put forward a user-friendly approach making them more responsible and sensible while using the roads. Moreover, this Act sets forward to bring more awareness as to road safety.

This amendment to the Motor Vehicles Act 1988 was a significant step. Due to the increase in road accidents and accident casualties in India, the amendment seeks to bring light into various aspects that were initially uncovered in the M.V Act of 1988. To analyses the various needs of the road users and impart a sense of responsibility onto them were the main objectives of the amendment. Moreover, the advancement of technology and utilization of the online services by the users were also brought under the purview of this Act. This amendment was able to lay down hands on the areas of road safety which were not discussed in the prior amendments of the Act.

One Thought to “Motor Vehicles (Amendment) Act 2019 – A Critical Analysis”