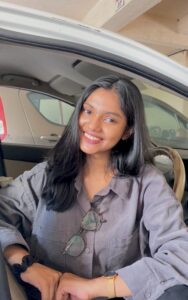 This Blog is written by Bhagyashree Dutta from Amity University, Mumbai. Edited by Pranoy Singhla.

Urbanization has grown rapidly over the years, it is evident that urbanization is not only a determinant of economic development, but also a consequence of it. The ability of a nation to accomplish its economic goals is dependent on its ability to govern its cities, hence urban management and governance has gained significant importance. This is partly attributable to the fact that metropolitan centers make a considerable contribution to national income. Therefore, the governance of such cities started becoming an important agenda. Municipal Acts are laws relating to a town, city or a district in regards to its governing body. It officially came into existence as a constitutional mandate not only as a result of a futuristic vision, but due to the need of the hour back in the 1990s.

Municipal Acts are necessary in order to have a systematic municipal (city) governance. Municipal governance in India is an ancient concept, originated in the 1660s, by the Dutch. This concept of Municipal Government/Local self-government has very deep roots, its mentions are found in the Vedas, in the writings of Chanakya and Manu, it is believed that it can be traced back to the Buddhist period. The first officially documented municipality of the Indian subcontinent was the Fort Kochi Municipality which subsequently got dissolved as the Dutch got weaker by the 18th Century. However, the British era in India turned out to showcase the establishment and development of municipal governments and municipal Acts respectively in India.

Prior to the amendment, decentralization was an aspect which was coined in India even before independence, post-independence the policy makers adopted the same, but were determined more towards rural self-governing bodies than the urban ones. Although devolution of powers to panchayats was recognized in the Directive Principles of State Policy, the same was not mentioned for urban areas. The responsibility of local governance was assigned through the State List to the State governments. Even though municipal governments and respective Acts existed they were not recognized, their creation was not mandated by the Constitution, which made them entirely dependent on their respective state governments. They lacked administrative and fiscal autonomy amongst other things.

The areas as mentioned above are to be determined by the State Governor taking in consideration the population of the area, density of the population therein, the revenue produced for local administration, the economic importance, the portion of employment in non-agricultural activities, and such other factors.

It goes way back to 1856, when a municipal Act particularly for Lucknow was enacted and after years of many such litigations finally the U.P. Municipal Act of 1916 came into effect under the Government of India Act, 1915. After the Constitutional Amendment of 1992 a few amendments were made in the existing Act but the foundational structure remained pretty much the same.

A. Power to impose tax:

Section 130A of the Act, empowers the State Government to direct the Municipality to impose taxes within its limits.

It entails that the State government has the power to direct Municipality to impose any tax mentioned in section 128 which is not yet imposed or increase, modify or vary existing taxes by publishing in the Official Gazette a general or special order, the rate and the time period within which it must be imposed shall be specified in the notification.

• Section 128 (1): A Municipality may levy the following taxes, subject to the provisions of this Act and Article 285 of the Indian Constitution:

(i) tax on the annual value of buildings or lands or both of these;

(ii) water tax on the annual value of lands or buildings or both of these;

(iii) a drainage tax on the annual value of buildings can be levied on such buildings by rules fixed for each municipality/area from the nearest sewer line;

(iv) a conservancy tax (conservation fee) for the purpose of the collection, removal, and disposal of excrement and contaminated waste from toilets, urinals, and cesspools;

• Section 128 (2) – Apart from the taxes mentioned in section 128 (1) subject to the provisions of this Act, the governing body (Municipality) may impose the following taxes:

(i) a tax on trades, as mentioned in the Act;

(ii) a theatre tax – meaning a tax of amusements or entertainments;

(iii) a tax on dogs owned/kept within the Municipality;

(iv) a tax for cleaning the area also known as a scavenging tax;

(v) a tax on transfer of immovable properties deeds located within the Municipality;128A

(vi) a tax on advertisements which are not published in the newspapers;

(vii) a tax on vehicles and other conveyances plying within the limits of the Municipality.

(viii) betterment tax – it is a tax usually on the margin on purchase price or resale of a property. Such tax is used towards the development of infrastructure of that particular area.

Some of the abovementioned taxes come with certain exceptions and restrictions:

As per section 129A, such taxes as mentioned u/s 128(1)(i) shall not be levied on buildings and lands which are:

(a) exclusively utilized for certain purposes associated with the disposal of the dead;

(c) exclusively used as schools and intermediate colleges, irrespective whether aided by the State Government or not;

(d) ancient monuments as in the Ancient Monuments Preservation Act, 1904

(e) vested in the Union of India, excluding where clause (2) of Article 285 of the Indian Constitution, apply;

• Section 129: Restriction on levying of water-tax.

Water tax u/s 128(1)(ii) shall be subject to the certain restrictions, where such tax shall not be levied:

(i) on land solely utilized for agricultural activities except when water is provided by the Municipality for such purpose; or

(ii) on land or building the annual value of which is not more than rupees three hundred and sixty, and to which water is not supplied by the Municipality; or

• Section 130B: Pooling of receipts of taxes for certain purposes.

The total money derived from all the abovementioned taxes shall be pooled together and shall be used for purposes associated with the construction, maintenance, extension or improvement of the water-works and drainage works and arrangements for scavenging and collection, removal and disposal of excrementitious and polluted matters from privies, urinals and cesspools including maintenance of sullage farms.

Section 131: if a Municipality desires to impose tax, it shall frame preliminary proposals by special resolution with all the details such as – type of tax, rate, individuals liable to pay etc. It must prepare a draft of rules regarding the same and publish it in the prescribed manner.

Section 133: the State Government has the power to sanction, modify or reject such proposals made by the Municipality.

Section 137: it empowers the State Government to remedy or abolish any tax if any complaint is made or if it has reason to believe that the tax imposed is contrary to public interest or is in unfair in its incidence.

The case dealt with the question whether the amount of house tax and the amount of water tax, as imposed by the Municipal Board of Allahabad under S. 128(1)(i) to (x) of the U.P Municipalities Act, 1916, and paid by the owner as a lessor under S. 149 of that Act, should be deducted as an allowance from the bona fide annual value of the assessed property.

When we consider the provisions of Part IXA of our constitution, we can confidently state that the 74th Amendment Act of 1992 is one of the most important and crucial amendments made in terms of urban development to date. The measure aimed to strengthen and make local governments more open. Even though the U.P. Municipalities Act, 1916 existed way before the amendment did, it wasn’t as effectively structured as it is today in accordance to the Constitution.

Nearly 100 years after the U.P. Municipalities Act and 27 years after the 74th Amendment was passed, both the states and the union government have worked to transfer crucial authorities to local governments, which are nonetheless reliant on them for finances and decision-making procedures on crucial city concerns. It is not difficult to understand how important it is to have fiscal autonomy for a governing body to function. While some autonomy has been provided to the Municipality, the end ratification power remains with the Uttar Pradesh State Government. The presence of many intermediaries between the State Government and the Municipality hasn’t proven to be beneficial to the cities governed under the Act, thus, slowing down the growth and progress of cities and towns with significant potential.

Municipal laws relating to taxation in Uttar Pradesh, as well as other Indian states, need to be re-thought in order to strengthen local administrations. An amendment to the Constitution, earmarking dedicated subjects for lawmaking to the local government, could be well worth examining as a bigger policy solution. State and Union governments cannot trespass in these matters. Meanwhile, the State Government should take a ‘hands off’ approach to local issues, allowing the latter to exercise its long-overdue decision-making autonomy when it comes to taxation. Of course, some scrutiny is necessary, but moderation is the key.

Cities are vital. They are at the forefront of our economy, providing education and job opportunities as well as serving as incubators for new ideas. Urban Indians’ lives are inextricably linked to the cities in which they live, but we are woefully under-informed about the governance mechanisms that maintain their smooth operation. Cities must have efficient transportation systems, well-designed infrastructure, access to clean water and air, and a buoyant housing market in order to remain important economic centers. To ensure these necessities are well planned and structured, the U.P. Municipalities Act plays a crucial role in Uttar Pradesh.