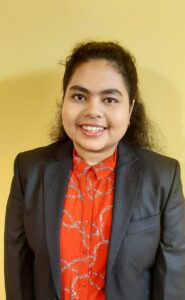 This Blog is written by Souravi Das from Symbiosis Law School, Noida. Edited by Swati Pragyan.

The online dispute resolution method has a pragmatic implication upon the corporate sector as well as the legal professionals. The corporate sector deals with several disputes regarding customers, business clients, competitors, and other entities. Apart from this, the corporates also deal with disputes that arise from several geographical locations, and such matters involve not only money and time but also the brand or business reputation. In such an event, the online dispute resolution enables the corporate sector to solve these disputations at a quick pace and also helps them by ensuring less expensive out-of-court settlement. This method is beneficial for the lawyers, as it improves their proficiency in settling the conflicts by utilizing innovative techniques. Using online dispute resolution has not only reduced the burden of courts and the judiciary but has also proved to be more efficacious in resolving the conflicts. Further, it benefits the disputed parties by ensuring speedy resolutions.

The processes which include the online dispute resolution are as follows:

Mediation involves the initiation of broad consultations in between the disputed parties. Here, a third party who is a neutral person acts as the mediator between those in conflict. This method is private; as the mediator lets the concerned parties discuss their problems and help them in resolving their dispute. The disputed parties are given the chance to present their statements, pieces of evidence, and argue to reach a resolution. Mediation can be conducted either in an online mode with the help of the internet or in an offline way where the conflicting parties meet personally in the presence of a mediator to settle their dispute. During this process, the mediator facilitates a consensual approach by setting certain rules for the resolving process. The dispute resolution in this method is based on the choice of the concerned parties, and it is upon them to settle the issue.

Arbitration refers to such a process wherein the third party decides the conflict after undergoing the arguments, issues, and the evidence. It is distinct from mediation, as here the neutral arbitrator is vested with the authority to decide the conflict in question. In comparison to the traditional litigation system, the arbitration is less complicated and formal and can be resolved in a shorter duration of time. It can be conducted via both online as well as offline mode. Arbitration of two types: binding and non-binding. For binding arbitration, the concerned parties have to follow the decision of the arbitrator, and such a decision can be further enforced by the court as well. Whereas, in the non-binding arbitration, the decision is only advisory and not binding. It also depends upon the discretion of the parties if they choose to follow the judgment. The process of arbitration is much similar to the trial in the court of law. Here, after hearing of the matter, the arbitrator gives his decision along with an explanation. Such a decision is generally enforced by the court if it is binding arbitration.

Negotiation refers to the process wherein offers, counteroffers, and concessions are made between two or more parties to reach a settlement. This can also be deemed as a strategic decision-making process to settle the disagreement. In this method, the concerned parties try to avoid arguments and make an effort to reach a mutual decision. This is comparatively used lesser in online dispute resolution than arbitration and mediation.

• Online dispute resolution is flexible, informal and an innovative tool for resolving disputations that are not guided by any stringent rules of evidence or procedure. As such, it enables the disputed parties to participate in the process that can be shaped to meet their needs and also encourages a consensual approach.

• Online dispute resolution effectively reduces the costs of litigation, for both the corporate sector, who tend to keep the costs low as well as for those parties who otherwise cannot afford the expenses of litigation.

• This is a suitable option for the low-cost and efficient transaction as it enables a timely and cost-effective resolution to the conflicts, particularly in case of consumer-related disputes.

• This method also enables a cost-effective solution to the disputes involving various geographical locations in between the parties, and where the cost of travel may exceed the amount in conflict.

• This method is appropriate where confidentiality is deemed as an essential aspect unless the parties concerned decide otherwise.

• The parties in conflict are equally involved in the process of resolving the dispute and have more control over the outcome of the conflict.

• It is a pre-requisite for the concerned parties to have the necessary technologies to be a part of the online dispute resolution process. Those parties who do not have the required technology will be at a disadvantageous position or may not be able to participate properly.

• The parties who are either not proficient in the language or have difficulty in writing or communicating will be at a disadvantage in the process of online dispute resolution.

• In case, the online dispute resolution is a non-binding process, which is during the mediation or negotiation stage, then it will not be able to have a legal precedent.

• This method is generally based on online communication is severely exposed to security related to confidentiality as well as privacy issues.

• Mediate To Go (M2G): This app has been designed with the purpose to bridge the gap in services provided to conflict management practitioners as well as for those dealing with inter-personal disputes. The app provides a platform to enable individuals to re-think, respond, and resolve their disputes. It also lets the practitioners have the correct tools to extend their help towards their clients to achieve positive transformations in both personal and professional lives.

• Peacegate: This app was launched by the Indian Institute of Arbitration and Mediation. The app encourages for resolving the conflicts through mediation, arbitration, or negotiation, and be part of the cultural and technological revolution to establish healthier communities and make the world even better. This app integrates the various facets of alternate dispute resolution, which involves the process of resolution, communication, account assistance, professional management, selection of legal practitioners, etc within a single database, application, and user interface. It also incorporates the best procedures, practice as well as professionalism in the domain of alternate dispute resolution.

• Centre for Alternate Dispute Resolution Excellence (CADRE): This provides for a website-based platform for online dispute resolution. Initially, a party approaches the website, which then contacts the other party. With the agreement of the disputed parties, an arbitrator is assigned and a convenient time is fixed. The concerned parties meet over video-conferencing and do not interact personally. The legally binding decisions are provided generally within 20-25 days.

• SAMA: This is another online dispute resolution platform that facilitates easy access to quality alternate dispute resolution service providers and helps the disputed parties to resolve their conflict online. The services of this platform are primarily availed by the ICICI bank for settling over 10,000 disputes a year.

The usage of the online legal dispute resolution process in India is at a budding stage and is gaining significance with each passing day. If the Indian Evidence Act, 1872, the Arbitration & Conciliation Act, 1996, and the Information Technology Act, 2000 are jointly read and interpreted, then it will come to light that this process dispute resolution is not only viable but also is effective to overcome the geographical constraints, jurisdictional barriers, improve the efficiency of the professionals and ensure a speedy, economical, and productive solution to the disputes. The three wings of the Government are striving towards optimization of the laws as well as the justice delivery system and are also directing the efforts to induce the online dispute resolution in the mainstream process of settling disputes. Further, the Indian President Ram Nath Kovind and the Chief Justice of India S.A Bobde emphasized the need for adopting mediation as a platform for resolving disputes and incorporating the artificial intelligence in the judicial procedures. The Supreme Court of India, in the case of Meters & Instruments Private Limited and Anr v. Kanchan Mehta, AIR 2017 SC 4594 held that the usage of modern technology needs to be considered for reducing the overcrowding of the courtrooms. The apex court also stated the need to consider certain categories of cases which can be resolved through the online mode. Further, the Supreme Court in the case of State of Maharashtra v. Dr. Prafulla B. Desai, [2003] 4 SCC 601 held that for taking the evidence of the witnesses, the video-conferencing can be sought and that the recording of the evidence fulfills the purpose of Section 273 of the Code of Criminal Procedure, 1973. Also, in the Trimex Internation FZE Ltd v. Vedanta Aluminium Ltd, [2010] 3 SCC 1 case, the apex court upheld that since the agreement of the online arbitration is a crucial document as the concerned parties meet only virtually, hence it is pertinent that the resolution agreement states clearly all the particulars of the dispute settlement mechanism. The progress of India in this aspect is being hampered due to the lack of conflict management systems and excessively burdened court machinery. Although laudable steps are undertaken for the promotion of alternative dispute resolution in the country, yet significant inclusion of the internet and technology will speed up the justice disposal rates.

With the incessant growth of the online medium, the scope for online dispute resolution is going to be widened further and with time more people would be oriented towards this process of resolving disputes. The several agencies offering dispute resolution services are approached for matters concerning both personal and professional disputes. The techniques used by these dispute settlement agencies are also very contemporary and relevant; as such they highly appreciated by their customers and clients. This method of dispute resolution also offers more contentment to the users as the solutions are delivered cautiously. The method is easier, time and cost-effective, flexible, and more approachable than the traditional procedures. In the Indian context, the online dispute resolutions are effective due to the increasing number of disputes. However, not many people are aware of this medium and as a result, are highly dependent on the traditional litigation process or redressal forums. Strengthening of this mode of dispute resolution will reduce the burden upon the judicial systems substantially and will enable a quicker and efficacious settlement of disputes.

The area of online dispute resolution is going to expand further in the future. To fasten its reach, awareness, advertisements, training, and campaigns are significant. Even the government participation would be crucial as that will grant financial support to these dispute resolution projects and create the requisite infrastructure for setting up an efficient process. The issues pertaining to confidentiality and privacy should be dealt with by proper application of enhanced techniques and better security mechanisms to extend its benefits. The primary concern is to make justice accessible by keeping it at an affordable cost for all the sections of the society. More enhancement initiatives both domestically as well as internationally should be taken to boost this mode of dispute resolution.