Overview Of The Indian Telegraph Act, 1885 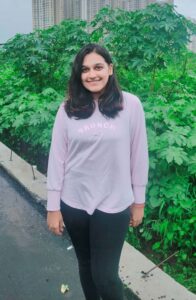 This Blog is written by Aastha Sarda from ILS Law College, Pune. Edited by Debargha Mukherjee.

With the intention to give the Central Government power to establish telegraph lines on private as well as public property, The Indian Telegraph Act was passed in the year 1883. During this period, India was still under the rule of the Britishers. Telegraph was first installed in the year 1851 and a trans-India Telegraph was completed in 1854. The telegraph had become an important tool for British dominion over India by quelling rebellions and consolidating information. Therefore, it was important for the Britishers to have control of telegraphy and infrastructure across the subcontinent. The Indian Telegraph Act came into force on 1st October 1885.

The Indian Telegraph Act, 1885 is the main legislation dealing with the establishment, maintenance and working of telegraphs in the country. The term “telegraph” carries a wide scope under this Act. Section 3 of the Act defines the term “telegraph” to include any appliance, instrument, material or apparatus used or capable of use for transmission or reception of signs, signals, writing images, and sounds or intelligence of any nature by radio waves, magnetic emissions, or Hertzian waves, electric, galvanic or magnetic means.

FRAMEWORK OF THE ACT

There are 6 parts in the Indian Telegraph Act, 1885. Part I defines the various keywords used in the Telegraph Act. The exclusive privilege of the Government with respect to Telegraphs has been granted in Part II. In addition to this, Part II also gives the power to issue licenses to private operators to offer telegraph services. The Indian Telegraph (Amendment) Act, 2003 inserted Part II A which deals with setting up the Universal Service Obligation Fund (USOF) with the aim to meet universal service obligation. The procedures and guidelines that need to be followed for installing and maintaining communication equipment have been provided in Part III. It also provides the guidelines for setting up communication devices in private property and also the procedure for resolution of any dispute which may arise between the service provider and the owner of the private property. Part IV deals with the offenses and penalties with respect to the unauthorized use of communication or telegraph services other supplementary provisions are contained in Part V.

Section 5 of this Act is commonly known as the wire-tapping clause. Under this section, the government gets the power to take possession of any licensed telegraphs in the interest of public safety or in case of public emergency. Additionally, it orders interception of communication in the interests of the integrity and sovereignty of India, the security of the state, friendly relations with foreign states or public order or for preventing incitement to the commission of an offense. However, the government has to follow the procedure established by law for issuing any such order.

As per Section 7, the government possesses the power to make rules with respect to the following matters which include firstly, rates and other conditions and restrictions subject to which messages will be transmitted within India and secondly, precautions to be taken in order to prevent improper interception or disclosure of messages.

Government liability with respect to damage or loss is dealt with in Section 9. It marks that the government does not take any responsibility for any loss or damage caused by any telegraph officer who fails to perform his duties. However, such a telegraph officer can be held liable if he is proven to act maliciously, negligently, or fraudulently.

The Universal Service Obligation Fund is established under Section 9A of the Act. The USOF is under the control of the Central Government under the said Act. Section 9D of the same Act deals with the utilization & administration of such funds.

Sections 16 and 17 are applicable to property other any property owned, controlled or managed by any local authority. Sections 18, 19, 19A, and 19B are applicable to all kinds of property. Procedure for removing trees that are interrupting telegraphic communication is dealt with in Section 18. Sec.19 deals with lines and posts before the passing of the above-mentioned Act. Sec. 19A slates that any person who has a legal right over any property where communication equipment is installed in accordance with the procedure under the Act has to give notice to the telegraph authority in written form if the person’s act is likely to interfere with telegraph communication or damage telegraph equipment. Subsequently, Sec. 19B allows the Central Government to deliberate certain powers of the telegraph authority upon the licensee.

Sections 20-32 deal with the penalties regarding unauthorized use of communication or telegraph services. According to Section 20, whosoever establishes, maintains, or works within India with a telegraph without appropriate license or authorization from the government shall be punished with imprisonment for a term which may extend to 3 years or with fine, or with both.

As per Section 22, if a Railway Company, or an officer of a Railway Company, neglects or refuses to comply with the provisions which give power to the Central Government to establish telegraph on the land of Railway Company shall be punished with a fine which may extend to Rs 1000 for every day during which such neglect or refusal continues.

Section 23 states that if any person without the permission of competent authority, enters the signal room of a telegraph office of the government, or enters a fenced enclosure in contravention of any rule or notice not to do so, or refuses to quit such room or enclosure on being requested to do so by any officer or servant employed therein, shall be fined.

According to Section 24 of this Act if any person does any of the acts mentioned in Section 23 with the intention of unlawfully learning the contents of any message, or of committing any offense punishable under this Act shall face imprisonment for a term which may extend to 1 year in addition to the fine with which he is punishable under Section 23.

Section 25 states that if any person intending to prevent or obstruct the transmission or delivery of any message or to commit mischief, damages, removes, tampers with or touches any battery, machinery, telegraph line, post or another thing whatever, being part of or used in or about any telegraph or in the working thereof, shall be imprisoned for a term which may extend to 3 years, or with fine or with both.

According to Section 30, if any person fraudulently retains, contains, removes or holds without any reason any message which ought to have been delivered to some other person, or is required by a telegraph officer to deliver up any such message neglects or refuses to do so shall be imprisoned for a term which may extend to 2 years, or with fine or with both.

Section 31 deals with bribery and section 32 states that “whoever attempts to commit any offense punishable under this Act shall be punished with the punishment herein provided for the offense.

Section 33 deals with the power of the State Government to employ additional police force in the place where mischief to telegraph is repeatedly committed.

Since this Act came into force, various amendments have been passed to update the Act in order to run in accordance with the changes in technology. There came numerous cases that changed significant parts of the Telegraph Act.

One of the landmark cases is the case of People’s Union for Civil Liberties v. Union of India where the procedures and guidelines for lawful interception were laid down. The apex court in the said case held that telephone tapping is a serious invasion upon an individual’s privacy. However, circumstances which are mentioned in the wiretapping provision can be subject to lawful interception. Such kind of law interception has to be carried in compliance with certain guidelines which will act as a check on indiscriminate wiretapping by law enforcement agencies. In this case, the government was also directed to frame rules and procedures for carrying out lawful interception of communication in addition to which certain basic guidelines were subsequently laid down.

Power Grid Corporation of India Ltd. V. Century Textiles and Industries Ltd., (2007) was another significant case in which the Hon’ble Supreme Court of India held that Section 10 of the Indian Telegraph Act, 1885 empowers the telegraph authority to maintain a telegraph line over, under, across or along and posts in or upon any immovable property and in doing so, the government attains only a right of user in the said property. The authority is obliged to ensure that it causes as little damage as possible and if any damage is caused by the exercise of those powers, it is obliged to pay full compensation to the affected party for the damage sustained.

It can be concluded that the Indian Telegraph Act, 1885 governs the use of telephones, teletypes, radios, digital communication, etc. and though the Act has gone through numerous amendments in order to accommodate new communication technologies, there still can be seen certain areas where improvements are expected. Thus, to protect consumer interest, all the provisions of the Act need to be invoked by the consumer associations as well as individuals in a vigorous manner. This would hopefully happen soon thereby making the system more comprehensive and efficient.