Plea Regarding Protection Of Migrant Workers 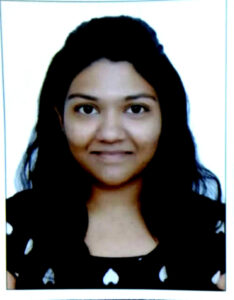 Let’s start with the explanation of who actually are called migrant workers, so any person who migrates from their home country, village, state or any place whatsoever or to their home country village, state or any place whatsoever to pursue work are called as migrant workers. They don’t have any intention to stay permanently at that place where they have migrated and is not the place where they usually live. In 2012, there were around 487 million workers in India, one of the largest in the world. Around 94% of the India’s population is part of the unorganised sector. Organised sector are the one where there are licensed organisation and when they start paying GST.

State policies vide COVID-19 must guarantee equal and non-discriminatory treatment of all persons, irrespective of their immigration and citizenship status or the fact of their displacement.

States must respect the right to health of migrants, refugees, and other displaced persons, by ensuring that the provision of essential medicines, prevention, and treatment are provided in a non-discriminatory manner.

States should ensure that neither their actions nor the actions of others stigmatize or incite violence against persons on account of their actual or perceived health status, in particular when such stigmatization is linked to nationality or immigration status.

Restrictions on movement between States

States are required to ensure that restrictions on mobility adopted in response to COVID-19 respect the rights of all persons to leave any State and to re-enter their home States.

A State’s pursuit of legitimate health goals must respect the fundamental principle of non-refoulement, including non-return to a real risk of persecution, arbitrary deprivation of life, torture, or other cruel, inhuman, or degrading treatment.

Enforcement of immigration law, including detention

States may not enforce immigration laws in a manner that increases the risk of transmission of COVID-19, and such enforcement must comport with fundamental norms of due process. Detention of migrants, refugees, and other displaced persons is impermissible where such detention would expose them to serious risks to their health and life due to the COVID-19 pandemic.

Right to protection of life and health for persons in camps, collective shelters, and settlements

States must take effective measures to assure that COVID-19 transmission among migrants, refugees, and other displaced persons living in camps, collective shelters, and settlements does not spread beyond control.

Migrants, refugees, and other displaced persons have a right to information about Coronavirus, including information related to symptoms, prevention, control of spread, treatment, and social relief. The internet is an indispensable source of information and blocking or interfering with access during a pandemic is not justifiable.

States must protect the right to privacy of migrants, refugees, and other displaced persons, including their right to control the release of personal medical information.

States must ensure the protection of the rights of displaced women, girls and gender-non- conforming people, and should identify and mitigate particular threats to their health, safety, and well-being in the context of the COVID-19 pandemic.

Certain groups among migrant, refugee, and other displaced populations require special attention in the context of COVID-19, particularly when it comes to protecting the right to health, access to information, and the prohibition on discrimination. These include older people, persons with disabilities, and children.

States must observe the labour rights of migrants, refugees, and other discipline essential occupations and industries, and in particular take measures to protect their health. States must provide assistance to migrants, refugees, and other displaced persons who lose their jobs and incomes due to the COVID-19 pandemic to the same extent that such protection is afforded to nationals.

Rights and their limitations

Any restrictions on rights must be provided by law and be reasonable, necessary, and proportionate. Rights may not be suspended except in a publicly declared emergency threatening the life of the nation, and only if strictly required by the situation.

A man in Jharkhand who’s a journalist named Pankaj Kumar Yadav is the petitioner, he submitted that diluting labour laws will lead to exploitation of labourers, many of whom have already lost their livelihood due to the national lockdown. This petition was filed to challenge the decisions of Uttar Pradesh, Gujarat and Madhya Pradesh.

“A welfare state cannot be expected to force its least fortunate and most oppressed citizens into further miseries on the pretext of facilitating economic activities or development by taking away their existing rights,” the petition said.[2]

The petitioner pointed out that the labour laws in India are legislations intended to protect the “oppressed class”. He also said that freezing the labour laws will lead to an increase in daily and weekly working hours and deprivation of basic human facilities at the workplace, the right to approach courts of law and routine inspection of industrial units by the factory inspectors, etc.

The petition highlighted the exemption granted by the Factories Act. The same was granted under Section 5 of the Factories Act, which allows government to exempt industrial units from getting included in the Act during “public emergency”. The Act defines and explains “public emergency” as a grave emergency threatening the security of India caused by a war, external aggression or internal disturbance.

The petitioner also in his petition stated that the Covid-19 pandemic does not fall under the category of “public emergency”. He said that many of the labour laws were enacted after 1947 but before the Constitution of India came into force in 1950, which highlights the significance which the founding fathers of the country attached to those laws.

The plea said that the states, through the measures, were depriving labourers from welfare in order to facilitate the “oppressor class” at a time when the workmen have been worst affected by the global pandemic. “It is (a) well known fact today that lakhs of workers have lost their livelihood during the lockdown imposed for controlling the pandemic situation and they are forced to lead a life of misery. Under such circumstances, the withdrawal of welfare measures from the labourers would make them further more miserable and exploited at the hands of their employers, who are being exempted from the statutory liabilities to look after the welfare of their employees,” the petition said.

While some economists have appreciated the states’ move for clearing structural bottlenecks, possibly leading to greater investment, the Opposition, said the measures would undermine worker rights.

The social activist, NGO’s, etc are coming forward to help the migrant workers. A PIL was filed in the Delhi High Court asking court to issue certain guidelines for the Delhi Government to protect the interest of the migrant labourers. The petitioner in his petition suggested that a Centralized Interactive Voice Response System (IVRS) or a dedicated number should be initiated for these labourers. On this dedicated number, they can give a missed call, and then they should receive a unique registration after an OTP number is sent to generate it.

Further, such person will receive the details of the time and the centre where he needs to go, enrol and screen himself, suggested the petitioner, adding that this would help the government to prevent overcrowding at a particular centre. Thus, there are many people who are raising their voice for the migrant labourers.