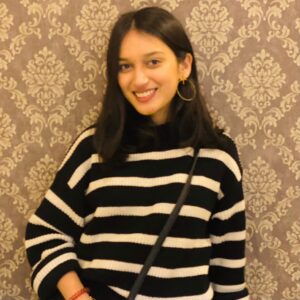 This Blog is written by Soumya Bhardwaj from Bennett University, Greater Noida. Edited by Prakriti Dadsena.

The COVID-19 pandemic is our generation’s greatest global health crisis, as well as the world’s largest humanitarian issue since World War II. As countries seek to limit the virus’s spread, the number of cases continues to rise. When you look at the history of second waves, you’ll notice that they’ve always been more aggressive and larger in size than the first. This time, though, the intensity arises from the oppressive necessity of two things. First and foremost, patients need to get into a hospital and find a bed with oxygen in which they can feel safe. Second, the amount of anxiety that comes with not being able to get a bed. Health-care workers are trying their best during this pandemic. They are not only being doctors and treating people as their job; they are also feeling compassion for those who are suffering and are selflessly helping them. But we need to reconsider if we, as ordinary people, truly recognize their efforts. There have been countless instances where patients’ relatives have assaulted doctors and nurses because they believe the patients are not receiving adequate medical care. As a result, some hospitals have been forced to recruit security for their employees. The underlying issue here is a loss of faith in the medical profession.

Notably, the prompt deployment of the countrywide lockdown has greatly helped in controlling the spread of the extremely infectious illness, putting Indians in a favorable position. Despite the fact that Parliament was not in session due to the country’s full lockdown, the President stated that it is the need of the hour to take rigorous action in light of the situation. As a result, the President of India has granted his consent to the order to change an ancient law, utilizing the power afforded by clause (1) of Article 123 of the Indian Constitution.  In addition, on March 11, 2020, the Government of India’s Ministry of Health agreed to enforce Sections 2 and 3 of the Epidemic Disease Act, 1897. The Epidemic Diseases (Amendment) Ordinance 2020, promulgated by the Union Cabinet, amends the Epidemic Diseases Act, 1897, to safeguard healthcare workers and their property, including their homes and workplaces, against violence during outbreaks. It was passed by the Indian Government with the approval of the Union Cabinet, for the safety of health workers and healthcare service personnel, who are the most essential service providers during the country’s difficult situation due to the COVID19 pandemic. It also broadens the central government’s authority to regulate the inspection of any bus, railway, goods vehicle, ship, vessel, or aircraft departing or arriving at any land port, port, or aerodrome. In addition, the central government has the authority to restrict the detention of anyone planning to travel via these means. During this period of the covid-19 crisis, health workers are seen as the nation’s saviors. They are directly exposed to threats such as long working hours, psychological stress, infection, and physical and mental assault. The bill aims to ensure that, in the event of a situation similar to the present epidemic, there is zero-tolerance for violence towards healthcare workers or property destruction. The Ordinance has attempted to highlight the contributions of health professionals and has done everything possible to include all of the areas that could restore these employees’ dignity. However, members of the healthcare service staff have been targeted and attacked by miscreants and uncontrolled elements in several cases.

The cases of mucormycosis are quickly growing across India, keeping that in mind the Centre has also asked states and union territories to make it a notifiable condition under the Epidemic Diseases Act of 1897. It is already a notifiable disease in some states, including Rajasthan and Telangana. Mucormycosis, also known as black fungus, is caused by the inappropriate use of steroids by Covid-19 patients, who are also advised to monitor their blood sugar levels on a frequent basis to avoid infection. There are also issues regarding the water quality in oxygen concentrators, which frequently leaves moisture, which can lead to fungal infection.

By all reports, these healthcare employees have thrived. They show up for work at all hours of the day and night. On the one hand, these soldiers are staying in hotels, garages, and other locations to secure the safety of their families, while on the other hand, they are doing their best to be available at their workplace when needed. These health-care workers did not sign up for such a risky job or to endanger their lives. As a result, it is imperative that we take a few seconds to recognize the efforts that these individuals are doing to make this community a better place to live. These healthcare staffs are the frontline fighters in the fight against the covid-19 epidemic. They have consistently put their lives in danger without regard for themselves or their families in order to ensure the nation’s safety. Among all of this, all they want is a little safety and a pinch of dignity, which they well deserve. Instead of receiving the respect and support that they deserve, they are subjected to physical and mental harassment and violence.