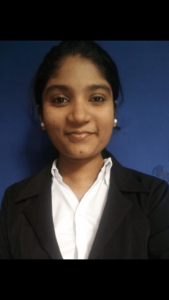 This Blog is written by Lisa Coutinho | Column Editor

“Sexual rights include the right of all persons to express their sexual orientation with due regard for the well-being and rights of others, without fear of persecution, denial of liberty or social interference.”

Sexual orientation is a part of an individual’s identity. It includes a sense of physical, sexual, and emotional attraction towards another person, coupled with the behavior and/or social affiliation resulting from such attraction.[2] Sex/gender identity or categorization forms an essential and mandatory element of an individual’s legal identity as laws require a gendered subject.[3] The Universal Declaration of Human Rights proclaims that all human beings are born free and equal in rights and dignity[4] and everyone is entitled to enjoy human rights without any distinction of any kind[5], especially based on one’s sexual orientation or gender identity. This protection extends even to members of the LGBTI community.

The initialism LGBTI is an acronym for Lesbians (a woman who is sexually attracted to a woman), Gays (a homosexual person, especially a man), Bisexuals (a person who is attracted to both, man and woman), Transsexual (a person who feels that he should have been the opposite sex and behaves and dresses accordingly) and Intersexual (having biological characteristics of both male and female sexes) groups which are considered as gender minority groups. Instances in the past have borne evidence of the oppression, torment, and humiliation[6] faced by members of such groups because of their so-called societal termed “unnatural behavior”. Apart from the social and mental difficulties, the LGBTI have also faced challenges due to their lack of legal recognition.

In the year 2007, the Supreme Court of Nepal, through its landmark judgment in the Sunil Babu Pant v. Nepal Government[7] case formally recognized the rights of sexual and gender minority groups. This judgment bears the utmost significance in legal history because it was the first judgment in South Asia that legally recognized the rights of the LGBTI community and introduced the category of the ‘third gender’.[8]

FACTS OF THE CASE:

Sant Babu Pant, the Executive Director of Blue Diamond Society (BDS), along with three other organizations, i.e. MITINI Nepal, Cruse AIDS Nepal, and Parichaya Nepal filed a writ petition in the Supreme Court of Nepal under Article 107 (2) of the Interim Constitution of Nepal, 2063 seeking legal recognition of the LGBTI people.  The writ petition addresses the discrimination and physical and mental torture faced by the LGBTI community. Due to the lack of recognition of the third gender category, they were denied citizenship cards and all the subsequent benefits given to an adult citizen. The writ petition thus seeks equal protection of the constitutional and human rights of the third gender community, just laws prohibiting discrimination based on sexual orientation and gender identity, and reparations to the victims who have suffered violence and discrimination by the state.

ISSUES OF THE CASE:

The Supreme Court of Nepal dealt with four main issues:

1. Whether the current writ petition fell within the category of Public Interest Litigation (PIL)

2. Whether the homosexuals and third gendered people were so naturally or due to a mental perversion.

3. Whether depriving the LGBTI category of people their constitutional rights amount to discrimination and whether the government has acted in any discriminatory manner.

4. Whether the plea sought by the petitioners should be issued.

DECISION OF THE COURT:

The court thoroughly analyzed the questions taking into consideration the prevailing socio-legal standards and the constitutional principles of equality and passed a unanimous ground-breaking verdict. It held that firstly, all the laws discriminating against individuals on the basis of their gender and sexual orientation should be scrapped by the government. Secondly, the government should recognize the third gender category. Thirdly, a committee should be established to study and explore the possibilities of same-sex marriage.

People claiming to be a part of the third gender category should enjoy the same rights as any other male or female Nepali citizen as they are also a part of the Nepalese population, hence, shouldn’t be treated differently. They should be allowed to enjoy these rights with their own identity as provided by the national laws, Nepal Constitution, and the international human rights instruments. The courts also held the state responsible for creating an appropriate environment and making legal provisions for the enjoyment of the rights of the LGBTI community. The Legislature is the creature of the Constitution and should act inconsistently with the constitutional provisions while drafting any laws. It cannot enact any laws which contradict the constitution. Taking into consideration the writ petition, the Court commented that it is the constitutional duty and responsibility of the state to uplift the deprived and socially backward classes and communities and to enable them to enjoy the rights and other benefits they are entitled to.

Using the Yogakarta principles, the court said that ‘sexual orientation’ refers to each person’s capacity for profound emotional, affection, and sexual attraction to, and intimate sexual relationships with individuals of different, same or more than one gender. It also explained ‘gender identity’ to mean each person’s deeply felt internal and individual experience of gender. By widening the scope of sexual orientation and identity, the court held that sexual orientation is a natural process and not a result of mental perversion or physical and psychological disorder. Thus, they should be allowed to lead a normal lifestyle. It stated that it is an appropriate time to think about decriminalizing and de-stigmatizing same-sex marriage by amending the definition of unnatural coition. Sexual orientation and gender identity fall within the ambit of the right to self-determination of an individual. Thus, making any law restricting or interfering with this right is a clear infringement of privacy, which is a constitutional right. Thus, the court directed the government of Nepal to form a committee to study the issue and form appropriate legal provisions, keeping in mind the constitution and human rights principles.

IMPACT OF THE JUDGMENT:

The decision of the Supreme Court has been described as ‘an extraordinary political victory’ and ‘the most far-reaching and progressive’. The ruling brought Nepal to international attention. Nepal was applauded for being a ‘beacon for LGBT rights in Asia’. The judgment significantly impacted the legal history of the country. It introduced the category of ‘other’ or ‘third gender’ in various legal. By 2010, the third category was included in the voter rolls and immigration forms. In 2011, Nepal became the world’s first country to add the third option to the federal census. In 2015, passports recognizing the third gender were issued.[9] This revolutionary change was possibly majorly because of the activist- Sunil Babu Pant, who became Asia’s first openly gay parliamentarian. Through his efforts, people who were first considered as outcasts are now recognized legally.

In 2012, in the case of Rajani Shahi v. Nepal Women’s Commission[10], the Supreme Court of Nepal allowed lesbian couples to live together and express themselves by holding that sexual preferences or choice of life partner is a ‘personal matter’ of freedom and privacy, and should not be interfered with.

In 2017, in the case of Suman Panta v. Ministry of Home Affairs et. al.[11], the Supreme Court once again recognized same-sex marriage while guaranteeing the rights to a foreign national homosexual spouse who wished to obtain a dependant visa.

Even though the LGBTI community gained legal acceptance, it is very difficult to gain societal acceptance and to change the traditional attitude and orthodox beliefs of the people[13]. Subash A member of the Blue Diamond Society, Pokharel asserted “It is easy to make the government and educated people understand about homosexuality, but it is the society that is difficult”.[14] Despite the supportive laws and provisions, the LGBTI community members still face societal discrimination in Nepal. There is pressure to conform to societal standards and marry a partner of the opposite sex.

Apart from their legal battles, the LGBTI members are also battling the torments and tortures inflicted upon them by society. In June 2019, a trans woman was murdered [15], thus, bringing out the hardened reality of the struggles of LGBTI in the limelight. This merely reflects that no matter how many laws are enacted, it would be ineffective if the society is not open to change.

No doubt Nepal is seen as an example worldwide for comprehensively introducing the third gendered category, however, its progress is slow. Nepal’s judiciary should be applauded, as it has shown its great support towards the LGBTI community by upholding the constitutional and human rights principles of equality and non-discrimination. However, there is a lack of social progress. There is also an urgent need for comprehensive legislation clearly defining and protecting the rights of the minority community. Though the progress is slow, it is possible with the unprecedented efforts of the united community and the social activists.

[5] Article 2 of Universal Declaration of Human Rights; Article 26 of the International Covenant on Civil and Political Rights 1966.

9 Thoughts to “Recognition Of The Third Gender Category In Nepal, With Special Reference To Sunil Babu Pant v. Nepal Government”