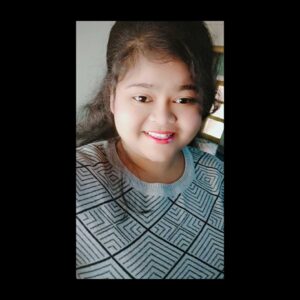 This Blog is written by Simran Sahoo from KIIT School of Law, Odisha. Edited by Anshika Porwal.

The scrapping of Article 370 and 35A of the Indian Constitution grants special status to the state of Jammu & Kashmir in the Union of India with a decision to turn Jammu and Kashmir into a Union Territory with a legislature, similar to Delhi and Pondicherry, and the Ladakh division would be made a separate Union Territory without the legislature, akin to Chandigarh and most other Union Territories. [1]After the repeal of Article 370, the reservation policy changed in the Jammu and Kashmir and people of SC/STs/Minority communities will get a reservation in Government jobs and admission in colleges and Universities. [2]

The Union Cabinet, chaired by the Prime Minister Narendra Modi has approved the proposal of Jammu & Kashmir Government to issue “The Jammu and Kashmir Reservation (Amendment) Ordinance, 2019‘ by the President of India which would provide for amendments in the Jammu and Kashmir Reservation Act, 2004 to bring people residing in the areas adjoining International Border within the ambit o reservation at par with persons living in areas adjoining Actual Line of Control (ALoC). [3]

Because of the Acute agrarian distress, stagnation in employment growth, distortions in the development trajectory, there was a huge need for such changes in the reservation policy of Jammu&Kashmir. These changes has a lot of importance as-

[1] It corrected the injustice faced by backward castes in the country.

[2] It provided a  playing field for the backward section as they cannot compete with those who have had the access of resources and means for centuries.

[3] It ensured adequate representation of the backward classes in the services under the State.

• With an attempt to reserve State government jobs to the youths of Jammu and Kashmir who belong to the economically weaker sections (by way of religion or caste), 10% reservation was provided to the same.

• Benefit of promotion has been made available to the state of J&k for people belonging to schedule caste and schedule tribes.

• Major decision aimed at rationalizing the existing reservation policy and giving representation to Pahari Speaking People(PSP) of the state who were around 9.6 lakhs in number. Jammu and Kashmir Reservation Rules, 2005 included PSP in the category of socially and educationally backward classes.

For a person to claim the benefit of PSP Category, he must be a member of the Pahari Clan, Community, or Tribe having a distinct cultural, ethnic, and linguistic identity and must be speaking Pahari language and his/her mother tongue must be Pahari. He must possess a valid identity proof which can be either an Aadhar Card or Domicile Certificate. Tehsildar is the competent authority to certify the claim of persons belonging to PSP.

• For admission in Professional Institutions, the reservation percentages will now be 8% to SCs, 10% to STs, 4% to Social Caste, 4% to ALC, 10% to RBA, 4% to PSP and 10% to EWSs. A horizontal reservation of 4% will be available to PHC(physically challenged people).

However the reservation benefits are not extended to the people residing in the areas adjoining International Border and due to continuous cross border tensions, these people suffer from socio-economic and educational backwardness. This was the major drawback on which the government should work.

It was the first major verdict of the Supreme Court which was based on the issue of Reservation which led to the First Amendment in the constitution. The Supreme Court stated that in the case of employment under the State, Article 16(4) provides for reservations in favor of a backward class of citizens but no such provision was made in Article 15 and thereby persuaded the  Parliament to amended Article 15 by inserting Clause (4).

The court analyzed the scope and extent of Article 16(4)and stated that the creamy layer of OBCs should be excluded from the list of beneficiaries of reservation, there should no reservation in promotions and total reservation quota should not exceed 50%. The Parliament thereby enacted 77th Constitutional Amendment Act which introduced Article 16(4-A) which empowers the state to reserve seats in favor of SC and ST in promotions in Public Services if the communities are not adequately represented in public employment.

Supreme Court holds that reservation in promotions does not require the state to collect quantifiable data on the backwardness of the Scheduled Castes and the Scheduled Tribes and also that creamy layer exclusion extends to SC/STs and, hence the State cannot grant reservations in the promotion to SC/ST individuals who belong to the creamy layer of their community. [7]

The sole purpose of reservation is to benefit the vast majority of underprivileged people of deprived class with an attempt to match with the standards of high-income group classes’ people with a privilege cast tag. Providing reservation stands as a fair and practical way to help the needy people of the backward community and thereby deliver them justice. Reservation is acceptable as far as it provides positive discrimination for the benefit of the socially and economically backward sections of the society, but when it turns to ensure privilege to some at the cost of another, then it’s nothing more than hampering the development of the society. Meritocracy should not be polluted by liberalizing the entry barriers, rather it should be encouraged by offering financial aid to the underprivileged. Thus the country moves forward to bring equilibrium between justice and backwardness, equity for the forwards, and efficiency for the entire system.

[4] Aslam, Mohd Aqib. “ Status Of Other Backward Class And Reservation Policy In Jammu And Kashmir After Scrapping Of Article.” Legal Service India, www.legalserviceindia.com/legal/article-1842-status-of-other-backward-class-and-reservation-policy-in-jammu-and-kashmir-after-scrapping-of-article-370.html.