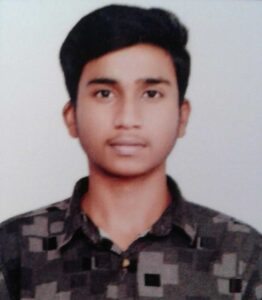 The Appellate Body(AB) is one of the fundamental bodies of the World Trade Organization (WTO) wherein disputes of the Dispute Settlement Body (DSB) goes for appeal before the Appellate Body (AB) which upholds, reverse, or modifies the judgment of the DSB. It consists of 7 members. The AB in December 2019 went into the crisis as only one member remained out the remaining three members while the other two members namely Mr. Ujal Singh Bhatia and Mr. Thomas R. Graham respectively, four-year tenure came to an end. The reason the seats are vacant is that America’s president Donald Trump is blocking the appointment of the new members. Before him, President Obama in 2011 also blocked the appointment of Jennifer Hillman concerning her second tenure. Further, in 2016 Seung Wha Chang’s appointment was also blocked by the United States. The United States contends that Article 32 of the Dispute Settlement Undertaking (DSU) gets violated if at all the AB tries to fix the lacunae of the WTO. The United States believes that WTO is biased towards the United States and also criticized the AB for being ‘unfair’ towards the United States. However, 20 developing countries met in New Delhi in 2019 to discuss the ways to prevent WTO from collapsing but the meeting didn’t produce the soughed result. And at least 3 members should be there in the dispute resolution mechanism to function or else it may lead to the diminishment of the 24 years old WTO itself.

WTO is considered as an intergovernmental organization and is one of the largest international economic organizations in the world. It was formed under the Marrakesh Agreement which was signed by 173 nations in January 1995 to govern the international trade between the nations. It’s headquarter is based in Geneva, Switzerland, currently, it has 164 member states whose director-general is Roberto Azevedo.

The fundamental purpose of the WTO is to regulate the trade deals among the countries by providing a framework for negotiating the trade agreement and dispute resolution to boost up the trade.

The basic principles on which it works are as follows:-

1) Transparency– All the members are required to publish their trade regulations to allow for the review of administrative decisions affecting trade.

2) Non-discrimination– It means that all the members of the WTO are bound by the rules to trade equally and no special favor would be granted to a particular member.

3) Binding enforceable commitments– WTO binds all the member states and such member states if want to get rid of this binding nature then they can back off the agreement under certain conditions.

Almost all the member states of the WTO will have a certain negative impact concerning their trade and India too will have such depreciation of trade and can be considered as a widely affected member state of the WTO. The dispute of 2019 arose between India and Japan for the imports of iron and steel products which has not been disposed of to date, the body was unable to staff a before moreover, one more dispute is pending before the Appellate Body. Further, the Dispute Settlement System has received a total of 600 complaints since its establishment which conveys its importance.

Article 3.2 of the Dispute Settlement Understanding- The dispute settlement system of the WTO is a central element in providing security and predictability to the multilateral trading system. The Members recognize that it serves to preserve the rights and obligations of Members under the covered agreements and to clarify the existing provisions of those agreements following customary rules of interpretation of public international law. Recommendations and rulings of the Dispute Settlement Body cannot add to or diminish the rights and obligations provided in the covered agreements.

Article 17.5 of the Dispute Settlement Understanding- As a general rule, the proceedings shall not exceed 60 days from the date a party to the dispute formally notifies its decision to appeal to the date the Appellate Body circulates its report. In fixing its timetable the Appellate Body shall take into account the provisions of paragraph 9 of Article 4, if relevant. When the Appellate Body considers that it cannot provide its report within 60 days, it shall inform the DSB in writing of the reasons for the delay together with an estimate of the period within which it will submit its report. In no case shall the proceedings exceed 90 days.

WTO works on the principle of non-discrimination meaning all members are equal in front of WTO while President Mr. Trump and its supporters believe that WTO is going on a path of discrimination as it is encouraging to strengthen China’s economy more and more which prima facie leads to an unfair trade practice. And it is worth noting that WTO has a binding value and not persuasive value. It comprises three phases namely- consultation, adjudication, and implementation.

The Appellate Body governs only the questions that arose during the dispute settlement system and does not look into the new facts and new evidence as a whole. The United States veto the appointment of the new members just on the account of the delay in the process and also on the account that the Appellate Body amounts to judicial overreach. As per the United States, the Appellate Body diminishes the rights and obligations of the member states. At present, around 14 appeals are pending before the Appellate Body. This becomes a matter of great concern as in the current lockdown situation there will be severe economic disruption and to enhance a country’s economy the trade practice has to be regulated wisely.

Now the question arises as to what causes the trade disputes before the WTO, it should be noted that if one country wants to import some fish from another country and the latter country uses nets to capture fish which is prohibited in the former country then, may the dispute gets arose so the disputed party approaches the Dispute Settlement System and if no solution gets formalized, therefore, they approaches the Appellate Body where negotiations take place and it has been observed that 60% of all consultations are sent from the DSS to Appellate Body.

Basically, the appeals are heard by a standing body consisting of seven members of whom three members are chosen to the Appellate Body on a rotation basis.

The contentions of the United States in backing the Appellate Body is based on the following:-

1) Obiter Dicta– It is a rule which is made ‘by the way’ without its binding nature and here the United States contended that in the majority of the judicial statements of the Appellate Body is not relevant to the dispute and creates unnecessary complexity which ultimately makes it less sufficient.

2) Precedent– It means following the same ruling of the previous judgment provided the facts in the present case are similar to those of the previous judgments. Here, the United States contended that if Appellate Body is always concerned of or acted with the precedents then it becomes problematic which will showcase its erroneous interpretation as to the law and a turning point will come when the disputing party had to adhere with the Appellate Body by having no means of appeal.

3) Delay Process– As per Article 17.5 of the Dispute Settlement Undertaking the disputes should be resolved within 90 days, if not possible within 60 days but it takes more than 90 days to resolve the dispute while the most recent appeal took more than five months to get resolved.

4) The contradiction of AB with DSU– The United States also put forth that the Appellate Body if continued to work after their tenure gets ended provided no appointment is made as per Rule 15 then it will infringe the procedure as they cannot extend the tenure of its members without the consent of the Dispute Settlement Body.

WTO is a fundamental body of international organizations and it seems that it is on the verge of collapsing, therefore, it is imperative to strengthen the DSS rather than the Appellate Body, however; it would still not soothe the contentions of the United States. The author suggests the WTO come forward to understand the contention of the United States and remove the disparities thus arose. WTO as a whole should make efforts to make the provisions as to the reformation of the disputed rules. David Walker, New Zealand’s representative has also suggested some principles way back in 2019 intending to clear all the concerns of the United States concerning the appellate body. Such principles also included resolving the disputes within 90 days. Furthermore, a fair commission to audit the workings of the WTO has to be established. It is cleared now that the organization will soon come under the ambit of endangered organizations if it immediately doesn’t get resolved. However, it should be noted that WTO has a major role to play to make nations trade at international level with ease and in the current scenario, several nations started giving more attention to Association of Southeast Asian Nations (ASEAN), Shanghai Cooperation Organization (SCO), etc. which infringes the very purpose of the WTO.

New rules should be framed with respect to its speedy process to make it more compatible though the consent of all the 164 WTO member states would be required to make new amendments to the DSU thus presumes a significant challenge so change itself be made to the working process of the appellate body would be easier.