Right Of Citizens For Time-Bound Delivery Of Goods And Services And Redressal Of Grievances Bill, 2011 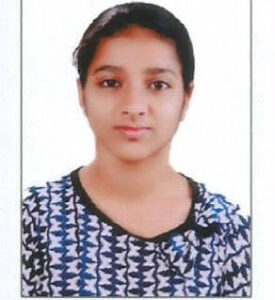 This Blog is written by Jissy Rajish from The National University of Advanced Legal Studies, Kochi. Edited by Anumeha Jain.

“Nothing, on the other hand, can be more impenetrable to the uninitiated than a legislation founded upon precedents”, Alexis de Tocqueville has once stated on the prominent role of legislations on interpreting and enacting the intentions of the people, the sovereign. The sole interest of the common public represented with the succor of the Anti-corruption Movement led by Anna Hazare has shed light into the Right of Citizens for Time-Bound Delivery of Goods and Services and Redressal of Grievance Bill, 2011 or otherwise known as the Citizen’s Charter and Grievance Redressal Bill, 2011. As per the name suggests the Citizen’s Charter Bill propounded by V. Narayanaswamy, the then Minister for Personnel, Public Grievances and Pensions, 2011 emancipated the right conferred upon every citizen of India for grievance redressal for the time-bound delivery of goods and services. The salient feature of this Bill was fiddly because though it was the apodictic right rested the Indian citizens, the responsibility of publishing the Citizen’s Charter is bestowed upon the public authority within 6 months after the commencement of the Bill. Thus it was helpful to impart a statutory responsibility for the public authority. This Bill came out as a fruitful effect of the public wake owing to the Lokpal Bill, 2011 [1] for addressing the most prevalent evil that grabs our society, Corruption. This Bill which conveyed the gap on the imposition of grievance redressal of the public was barely attended unlike the attention concerned with the Lokpal Bill, 2011.

How concerned was the Bill in addressing the plights of the citizens regarding the supply of goods and services within their ambit? Whether the Bill will become enacted in the following years offering a panacea to the devil of corruption? Or else it remains as the caged parrot under the mastership of the Government?

WORTHWHILE BEING A PUPPET?

The State is the protagonist of a Welfare model in protecting and uplifting the best interests of the citizens. The Government responsibility is constituted therein within the Directive Principles of the State Policy in providing equal and fair socio-economic benefits to the public. The Government through its various tiers at central, state, and local levels efficiently strives for the same though it remains in vain when the practical scenario is concerned. The Citizen’s Charter with the abovementioned objectivity was initiated with the motto, ‘Putting People First’. The substantive efforts for this welfare legislation were introduced in the United Kingdom in the year 1991 for the first time in history.

Therein, inspired from the impact of the Government resolution in promotion of public interest, India witnessed the reforms backed by the then PM I. K. Gujral in 1997 inculcated Citizen’s Charter for huge public networks like Railways, Telecom, Public Distribution System, etc. the rationale of the Government of this initiative was already mentioned in the Preamble of the Bill as to ensure a declaration by the service providers with complete accessibility, transparency, accountability and non-discrimination to the public. Directorate of Public Grievances [2] established in 1988 and the Department of Administrative Reforms [3] and Public Grievances were some successful institutions that acted as a platform for the grievance redressal by the Central administrative services.

The Sevottam Model in 2006 was initiated as a threefold assessment tool for the citizen-centric model. Of them, the Public Grievance Redressal prioritized complaints by way of helplines, electronic and manual. Firstly, such a law inhibits fair, effective, and accessible provisions regarding resolving grievances; and secondly, settlement of public issues in a speedy manner. Was the Bill efficient enough to tackle the gap of systematic deficiencies and become advantageous to citizens?

“The basic principle of a grievance redressal system is that if the promised level of service delivery is not achieved or if a right of a citizen is not honored then the citizen should be able to take recourse to a mechanism to have the grievance redressed. This mechanism should be well publicized, easy to use, prompt, and above all, citizens must have faith that they will get justice from it.”

The wordings of the 12th Report of the Second Administrative Reforms Commission under the title ‘Citizen-Centric Administration: The Heart of Governance’ [4] itself unveiled that our country needs an initiative for the contemporary and futuristic development in the public service.

The Right to Information Act, 2005 [5], and the Consumer Protection Act, 2019 [6] are assuring consumer interests. Meanwhile, nodal agencies of the Government, the Public Wing in Rashtrapati Bhavan Secretariat and its website, the Public Wing in the Prime Minister’s Office, the Directorate of Public Grievances in Cabinet Secretariat and the Department of Pensions and Pensioners’ Welfare [7] are concerned with sermonising about grievance redressal. Apart from these, the Lok Adalat [10] system as a parallel to the public grievances system, the Ombudsman system, consumer organizations, consumer courts, etc. are the like attempts in this area. Despite these machineries, such a Bill for the Right of Citizens for Time-Bound Delivery of Goods and Services and Redressal of Grievance was obligatory on the part of the legislature?

Despite these attempts since the 1970s were put forward, these were futile in bridging the gap between the malpractices in the administration and its effects on citizens. Rather it will be easy as pie to say that these administrative mandates have not been qualified for the desired sustainable effect in the society for the reason that procedural complexities and corruption. A review done by the Indian Institute of Public Administration [8] in 2008 opens up that 98% of the existing Charters lacked in providing unambiguous information and suggesting a systematic review. Relatively it is the upshot of lack of commitment towards the public grievances in specific. The administration assuming the role of authoritativeness begets the Bill still to remain in the hands of the Government as a puppet.

The mandatory provision to publish the Citizen’s Charter, center for information and facilitation and the organizational structure for directing the citizens to file the complaints along with Appellate authority being vested with Lokpal or Lokayuktas formed the upper hand in the law. Penalty, compensation, and disciplinary actions were inculcated in the Bill against concerned officials found misleading under the Prevention of Corruption Act, 1988 [9].

LET OUT CLAUSE WITH THE BILL

In the face of such advantageous and welfare legislation towards the upliftment of citizens resolving their grievances, why the Bill is stagnant for its enactment. Though the mechanism constituted within the Bill addresses the issue at the most grassroots level, some loopholes stand against its imposition. The jurisdictional overlaps due to the multiplicity of existing legislation itself are the core reason for the same. Specific areas like The Consumer Protection Act, 2019, the MGNREGA, 2005 [11], the National Food Security Act, 2013 [12] having its resolution mechanisms.

Not only overlapping jurisdictional matters but also the approachability of disputes in States and Centre differs significantly since welfare services in States differ accordingly. The speedy manner of resolving the dispute available within these institutional complexities etc. might leave room for corruption and malpractices of the needy ones. It is a major challenge regarding the appeals forwarded to Lokayuktas and Lokpal against the working of the Commission as it is yet to be established in many states in our country.

As the Bill emphasizes, it solely covers the welfare of the citizens of India. The foreigners or non-residents are left out in the Bill though they also form the consumers of various services and goods ranging from electricity, water connection, transport, etc. however, even if there is prima facie evidence of corruption, the Commission without having the power to initiate proceedings is capable merely of recording the evidence and referring the matter towards the concerned authority.

Rarely updated Charters, poor design, and content along with rarely defined standards of measuring the delivery of goods and services creates a lacuna for the well-healed implementation of the Bill in 2011. Owing to the prejudicial character attached to the Bill, the Government ruling our country aborted the plan of drafting the Act. Instead, they made the law to remain as Delivery of Services and Grievances Redressal Scheme, 2015. It is a crucial area immediately after the formation of Government by the NDA led BJP under the leadership of PM Narendra Modi being the head of the Executive.

The Right of Citizens for Time Bound Delivery of Goods and Services and Redressal of their Grievances Bill, 2011 [14] is a massive step forward for ensuring justice to citizens speedily and efficiently with utmost accountability and transparency with internally unsettled provisions and external disturbances. The Bill falls shot in aspects like lack of incentives, the paradox between States and Centre, in its implementation, etc. we can hope for keeping the head above water for the need for decentralization of such prominent legislation for its better implementation. Reinvention for the provisions of this Bill and reformation is a sine qua non for the Bill to be changed into the nomenclature of an Act in the following years by fulfilling the dreams of propounds of a worldwide initiative for a welfare society.

The right to information is a tool for getting informed about the rights bestowed upon the citizens not merely available and accessible for the privileged section. Rather it should penetrate the section of people living with low literacy rates and poor economic background. Thus the Bill should be inclusive of the villagers, middle class, the disadvantaged, the vulnerable, and the likes also. For its optimum advantage, awareness display methods can be availed. A decentralized method of providing information and suggestive methods along with Public-Private Partnership is forecasted as per the hypothesis of New Public Management Reforms, 1991 whirling on globalization and the market-oriented economy as well.

Facilitation of Common Service Centres and e-governance platforms the easy availability of information to the general public is also manifested for reforming the Bill of Citizen’s Charter. Social audits and public hearings on monthly basis are more reformative in increasing its effectiveness. On the other hand, the citizen’s right to be heard cannot be denied. Citizen surveys, training workshops, protection from whistle-blowers under the Whistle-blowers Protection Act, 2014 [13].

Thereby the vacuum formed by the overlap of applicability vis-à-vis existing laws can be curbed. It would be beneficial to protect the public from the corruption from all levels of administration rather than fails to acknowledge the role played by the higher authorities. Hereinafter inter alia protecting people from the hands of the devil, corruption, and ensuring justice in a fair and equal manner devoid of discrimination. Periodic evaluation is a prerequisite to damper the controversy of corruption.

Whether the socio-economic conditions of India makes the plight of the Bill to culminate as an Act before the President to acknowledge his signature? It is an experiment that is to be discovered from the coming years. At least with the hope in mind, expects at least for justice seems to be done. The Right of Citizens for Time-Bound Delivery of Goods and Services and Redressal of Grievance Bill, 2011 is not an end by itself. Rather it is a means to end. It is pivotal for the Bill now remains ambiguous.

(1) The Right of Citizens for Time-Bound Delivery of Goods and Services and Redressal of Grievance Bill, 2011: Origin, Need and Analysis, AMIT CHANDRA & SURBHI BHATIA, Centre for Civil Society (2015).

(2) Analysis of the Right of Citizens for Time-Bound Delivery of Goods and Services and Redressal of Grievance Bill, 2011, SWAGATA RAHA, Accountability Initiative (2011).

(3) Bill Summary: the Right of Citizens for Time-Bound Delivery of Goods and Services and Redressal of Grievance Bill, 2011, PALLAVI BEDI, PRS Legislative Research (2011).