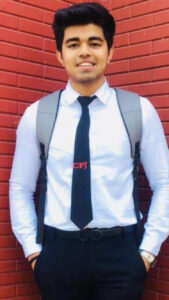 This Blog is written by Piyush Gupta from CPJ College of Higher Studies & School of Law, Delhi. Edited by Uroosa Naireen.

The issue regarding the inclusion of political parties within the domain of the Right to Information Act, 2005 has been a long-established one where the political parties have snubbed this move on the ground that they are not public authorities as per the RTI Act, 2005. On the other side, activists and civil societies have been trying hard to bring complete transparency in their actions. The ramifications in the role played by the parties and the nature of duties performed by them are challenging in determining the nature of their activities and to analyse whether they come under the purview of Section 2(h) of the RTI Act, 2005 or not.

Most of the national parties including the Bhartiya Janata Party (BJP), the Indian National Congress (INC), and the Communist Party of India (CPI) have voiced their disapproval towards the RTI on grounds such as meddling in internal affairs of parties. These national political parties have also been appealing that they are transparent as their finances are already in the public domain [1]. Under the Income Tax Act, 1961 they have been filing their income tax returns to the IT department and their contributions report – which only includes donations above Rs 20,000 – to the Election Commission of India as per the Income Tax Act, 1961. [2]

INTRODUCTION IMPACT AND SIGNIFICANCE OF THIS DEVELOPMENT

The intent behind this development is to include all political parties within the ambit of Section 2(h) of RTI Act, 2005. The main idea behind the enactment of RTI Act, 2005 was to bring transparency in the activities of various public authorities and to scrutinize the effectiveness in the functioning of government and its various agencies. The drift for operationalizing the right to information, a fundamental right that is preserved in Article 19 of the Indian constitution, arose largely out of the failure of the Government to prevent corruption and to safeguard effective and empathetic governance. Thus, it has become an important tool to guarantee transparency in most of the Government institutions that are occupied for the benefit of the people of the country. The conception of secrecy is disadvantageous to the foundation of democracy.

The political parties at this point of time are not accountable to anyone and they publish funding details and filing returns as per their discretion. Fetching them within the ambit of the RTI Act, 2005 will make them more accountable. Moreover, the Act also provides for ‘Suo-motu’ disclosure where the parties will have to release various aspects of the functioning of their parties. The party information to be declared can include minutes of various meeting, information about the internal election processes etc. However, political parties act as a connection between the citizens and the Government and therefore it is given that the parties must be accountable to the public at large. Political parties are the major stakeholders in democracy and they seek to undertake activities that are in the interest of the general public.

The Public Interest Litigation filed by Ashwini Kumar Upadhyay, a Bharatiya Janata Party leader, wants to get political parties registered under section 29A of Representation of People Act, 1951 to be declared as ‘public authority’ under the RTI Act, 2005. [3]

His plea includes that all registered and known political parties should be advised to appoint public information officer and appellate authority within 4 weeks and make disclosures in letter and spirit of the RTI Act, 2005. In the occasion of non-compliance of provisions of RPA, RTI Act, Income Tax Act, Moral Code of Conduct and other election laws and rules, political parties shall be derecognized by the ECI.

1) Registration with the Election Commission of India (ECI) under Section 29A of the Representation of People Act, 1951.

2) Article 19 (1) (a) of the Constitution of India- Political parties must furnish information under this article.

In State of U.P. v. Raj Narain (1975), the Apex Court professed that right to freedom of speech and expression assured by Article 19 (1) (a) comprised the right to know every public act, everything that is done in a public way and by their public bureaucrats.

In S.P. Gupta v. UOI and Anr (1981), the Supreme Court restated that right to know is inherent in right of free speech and expression, and disclosure of information regarding the functioning of the government must be the rule.

In People’s Union of Civil Liberties vs UOI (2004), the right to information was further elevated to the status of a human right, necessary for making governance transparent and accountable. It also emphasized that governance must be made partaking.

At last, what I deduce from the above points that democracy needs transparency and accountability, which can only come when the key stakeholder viz., the political parties are also transparent about their doings and activities. The RTI can be a game changer for the transparency of the political parties where they will have to declare certain facets of their working, which till now have been non-transparent. We can move forward by learning from other countries and adopting certain parts which are better suited for our country. The main focus should be making funding, public information so that questions that are flagged are answered without actually having to file an RTI as the parties would have already accomplished suo-motu disclosure. The political parties form a vital constituent of the political system and the democratic set up and thus the parties have a compulsion to be active participants. The political parties need to dispense away with the view that RTI will hamper their functioning. In fact, RTI will help them in embracing transparent practices and removing ambiguities that people may harbour with regard to functioning of the political parties.