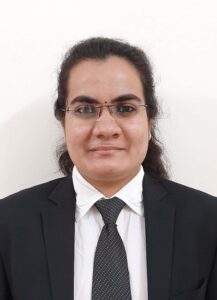 INTRODUCTION TO THE PROVISION

If the Court doesn`t decide on the basis of preliminary objection, like suppose, the trial before the court is going on and have decided the case on the basis of merit. But the case decided in merit was found to barred by the period of limitation – the court, in this case, did not have any such jurisdiction but still heard the case and decided it on the basis of merit. In such a case person aggrieved can approach the Appellate Court. And if, Appellant Court finds it to be genuine and believes that there has been an error in the hands of the Trial Court. In such a scenario, the Appellant Court will send the case to the Lower Court, will reverse the decree, and remand the case to the Lower Court/ Trial Court to re-hear the case, and also will direct to hear the preliminary objections again. Hence, the Trial Court will again hear the relevant issues; will again hear the preliminary objections and court will again pass the judgement.

Court deciding the case – otherwise than a preliminary point and the same had been decided wrongly. Appellant Court reverses the decree in appeal. If Appellant Court finds it necessary to conduct re- trial, in such case, the Appellant Court may again direct the Trial Court to again decide the case.

The question of law before the Hon`ble Court in the landmark case of Shivakumar and Others v. Sharanabasappa and Others, was – Whether the High Court ought to have considered remanding the case to the Trial Court under Order XLI Rule 23 – A of the Code?

Facts in Brief: Appellants had filed a civil suit for declaration and injunction, essential with the submission that they had acquired ownership rights in the suit properties on the basis of a Will dated 20 May 1991, executed by Sri Sangappa; and that a trust created by the defendants on 28 May 1994 in the name of “Shri Sangappa Pampanna Gadagshetta Trust, Koppal” in relation to the suit properties, was illegal, void and not binding on the plaintiffs – appellants.

High Court– Allowed the appeal and reversed the order passed by the Trail Court on the genuineness of the Will in question.

SCOPE OF ORDER XLI RULE 23 – A WITH REFERENCE TO SHIVAKUMAR CASE.[3]

The provision was added by the Code of Civil Procedure (Amendment) Act, 1976 [4] The insertion of the Rule makes it explicit that even when the suit has been disposed of otherwise than on a preliminary point and the decree is being reversed in appeal, in such a case Appellate Court shall have the power of remand, if a re- trial is considered necessary.

The provisions of Remand is incomplete without mentioning Rule 24 of Order XLI [5] which enable the Appellate Court to dispose of a case finally without a remand if the evidence on record is enough; notwithstanding the Appellate Court proceeds on a ground entirely different from that on which the Lower Court had proceeded.

By reading all the three provisions together – that is Rule 23, 23 – A and 24 of the Order XLI bring forth the scope as also contours of the powers of remand that when the available evidence is sufficient to dispose of the case, the propose course for the Appellant Court is to refer the mandate of Rule 24 of Order XLI of the Code and also to determine the suit finally.

Whenever a re – trail of the case is necessary in such case the Appellate Court shall adopt the course of remanding the case to the Lower Court.

It is pertinent to note that the order of remand is not to be passed in a routine manner because an unwarranted order of remand merely elongates the life of the litigation without serving the cause justice.

Reference has been given to the case of – Mohan Kumar v. State of Madhya Pradesh and Others [6] where it was illustrated that when the Appellate Court ought to exercise the power of remand. In the case the Appellant and the mother had filed civil suit against the Government as well as the Local body seeking declaration of title, perpetual injunction and for recovery of possession in respect of the land in question. Hon’ble Trial Court partly decreed the suit while holding that the plaintiffs were the owners of the land in dispute on which the Respondents have committed trespass, it was also held that the Government should acquire the land and pay the market value of the land to the appellant. Appellant preferred an appeal before the High Court. High Court had then dismissed the entire suit with the finding that the appellant had failed to prove his ownership over the land.

Hence, a case of re – trail was made out, specifically when the Trial Court held that the Appellant was the owner of land which is in dispute and was entitled to get the encroachment removed as also to get the market value of the land.

Order for remand must not be passed merely for the purpose of allowing a party to fill – up the gap in the case. Hence, while referring to the aforementioned case re – trial is essential because of any particular reason and more particularly for the reason that adequate opportunity of leading sufficient evidence to party is requisite, stand at entirely different footings than the cases where evidence has already been adduced and decision is to be rendered on the appreciation of the evidence.

The occasion for remand would arise only when the factual findings of Trial Court are reversed and re –trial is considered necessary by the Appellant Court.

Answering the issue as to whether the Hon`ble High Court ought to have considered remanding the case to the trial court under Order XLI Rule 23 – A of the Code of Civil Procedure, 1908 [7], it was observed that the parties in the case had adduced all their evidence, whatever they had wished to; and there were no such case where the Appellants were denied of any opportunity to produce any particular evidence or if the trial was vitiated because of any alike reason. There was no such reason for the High Court to consider remanding the case to the Trial Court, because Trial Court as well as the Hon`ble High Court have meticulously examined the same evidence and same circumstances and has come to a different conclusion that appears to be reasonable.

[1] http://legislative.gov.in/sites/default/files/A1908-05.pdf        [Where the Court from whose decree an appeal is preferred has disposed of the suit upon a preliminary point and the decree is reversed in appeal, the Appellate court may, if it fit, by order remand the case, and may further direct what issue or issues shall be tried in the case so remanded, and shall send a copy of its judgment and order to the Court from whose decree the appeal is preferred. ,which directions to re-admit the suit under its original number in the register of civil suits, and proceed to determine the suit; and the evidence (if any) recorded during the original trial shall, subject to all just exceptions, be evidence during the trial after remand.]

[2] http://legislative.gov.in/sites/default/files/A1908-05.pdf [Where the Court from whose decree an appeal is preferred has disposed of the case otherwise than on a preliminary point, and the decree is reversed in appeal and a re-trial is considered necessary, the Appellate Court shall have the same powers as it has under Rule 23.]

[5]https://www.indiacode.nic.in/handle/123456789/2191?locale=en;http://www.bareactslive.com/Raj/RJ491.HTM    [Where the evidence upon the record is sufficient to enable the Appellate Court to pronounce judgement, the Appellate Court may, after resettling the issues, if necessary, finally determine the suit, notwithstanding that the judgement of the Court from whose decree the appeal is preferred has proceeded wholly upon some ground other than that on which the Appellate Court proceeds].