Sex On False Promise Of Marriage Is Rape? 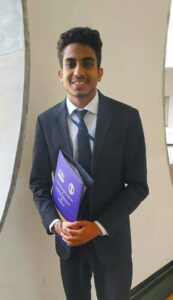 This Blog is written by Siddharth Singh from University of Petroleum and Energy Studies, Dehradun. Edited by O.S.S. Sarada Rasagnya.

A murderer destroys the physical frame of the victim likewise a rapist destroys and defiles the soul of the helpless female. Rape is the most morally and physically reprehensible crime in society it reduces a woman to an animal, as it shakes the very core of her life. The societal disgrace with the crime is such that many times a crime would go unreported by the victim of the crime, in order to escape the consequences, she will be subjected by the society. India is still largely conservative when it comes to matters of sex and sexuality. Virginity is prized and a woman who’s known to have had pre-marital sex may find it hard to get married. It is exceptionally orthodox, traditional, and conservative in India, and marriage is seen as a sacred ceremony between two individuals.  Sexual intercourse before or out of the marriage is criticized which is contrary to moral and ethical values and standards of the society. Here in marriage, it gives the consent to have sexual intercourse but what will happen when a man had sexual intercourse on a false promise of marriage in the existence of a sexual relationship between them? Does it amount to rape and does it go under the provision of section 375 of the Indian Penal Code? This article is based on these two questions whether sex on the false promise of marriage is the amount to rape or not with the ambit of section 375 of IPC while discussing various judgments and case law.

In today’s world where relationships and live-ins are common and accepted, and sex is no longer a rigid, controlled, and repressed act. In times of changing sexual moralities, where the act of consensual sex between two adults is seen as a liberating act rather than sin is there a place where a line has to be drawn between rape and consensual sex especially where a chance of being abused is so high. For example, imagine it is live in couple who freely indulge in sexual intercourse and however if the man breaks up with the women and the women out of derision claims that the man had sexual intercourse with her on the promise of marriage and then had left her. It is at this point where there is an importance of this development and at this stage, the judiciary has to decide as to what the real intention of the man did he actually want to marry her or there was a mala fide intention. Not only this according to an investigation conducted by The Hindu on rape cases pending in the Delhi high court it found that one-fifth of the cases were wound up because the complainant did not appear or turned hostile. Of the cases fully tried, over 40% dealt with consensual sex, usually involving the elopement of a young couple and the girl’s parents subsequently charging the boy with rape. Another 25% dealt with “breach of promise to marry”. This is not a rare case – according to the government’s crime data for 2016, police recorded 10,068 similar cases of rape by “known persons on a promise to marry the victim”. In 2015, that number was 7,655 [1].  According to the latest report by the National Crime Record Bureau a total of 45,485 cases of crime against women were registered during 2019, showing an increase of 7.8% over 2018 (42,180 cases) and which 7.3% includes rape cases against women’s it was also found out that the maximum number of rapes in UP in 2019 which in 57% of total took place on the false marriage the analysis of data further shows that in 37% cases in the state, the accused were known to the survivor, while around 6% perpetrators of the crime where unknown.

• When would sexual intercourse did on a false promise of marriage amount to rape recently SC has answered this question the SC has ruled that all broken promises of marriage would not fasten a charge of rape. If a woman’s consent for sexual relations is obtained on the basis of a genuine promise of marriage, it would be viewed as legally valid consent. In such cases, there would be no offense of rape if the promise of marriage made in good faith is subsequently broken.

• In April 2019, a court in the southern state of Karnataka freed a man on bail, saying that educated women in a pre-marital relationship cannot claim rape after the relationship is over – even if the consensual sex was on the promise of marriage.

• In 2017, a senior journalist in the southern state of Kerala was arrested after a female colleague accused him of sexually harassing her. According to police reports, the two were in a relationship for more than a year. He had allegedly promised to marry her, but then later changed his mind.

• The Supreme Court judges advised the trial courts to “very carefully examine whether the man actually wanted to marry the victim or had mala fide motives from the start and had made a false promise only to satisfy his lust”.

• This essentially means that if a man can prove that he intended to marry the woman but changed his mind later, then it’s not rape. It’s only considered rape if it’s established that he had dubious intentions from the start. Now as “intention” is not easy to prove, it leaves such cases to the discretion of judges and also concerns that the law can be misused.

• In 2016, the Bombay High Court also observed that an educated adult woman who had a consensual sexual relationship cannot later allege rape when the relationship sours. Mumbai-based senior lawyer and activist Flavia Agnes, however, argues that what we need to remember is that many of these complaints come from socially disadvantaged and poor women in rural areas who are often lured into sex by men on false promises of marriage and then dumped as soon as they get pregnant. She adds that under the present legal system, the rape law may be the only recourse they have to claim damages or even maintenance.

In the most recent case of G. Achyut Kumar v. State of Odisha [2] the Odisha high court observed that if the person engages in sex on the false promise of marriage then it does not amount to rape at the same time the act of the accused may not be approved socially. Justice SK Panigrahi while granting bail said that “The rape laws should not be used to regulate intimate relationships, especially in cases where women have agency and are entering a relationship by choice,”. He often stated that “The rape law often fails to capture their plight. The law is well settled that consent obtained on a false promise to marry is not valid consent. Since the framers of the law have specifically provided the circumstances when ‘consent’ amounts to ‘no consent’ in terms of Section 375 of IPC, consent for the sexual act on the pretext of marriage is not one of the circumstances mentioned under Section 375 of IPC. Hence, the automatic extension of provisions of Section 90 of IPC to determine the effect of consent under Section 375 of IPC deserves a serious relook. The law holding that false promise to marriage amounts to rape appears to be erroneous,”. The court granted bail to the accused G Achyut Kumar of the case. But there are few former cases where there are conflicting judgments given by High Courts on where sex on false promise amounts to rape and does not amounts to rape. In the case of Jayanti Rani Panda v. State of West Bengal and Ors, the Calcutta High Court held that consent of a major girl to the act of sexual intercourse on a promise of marriage cannot be treated as an act induced by the misconception of fact. In Arak Sk. v. State of West Bengal.

The Calcutta HC held that though the act of the accused in abandoning the girl he promised to marry after when she became pregnant is highly disgraceful, such conduct does not make it a ground for holding the accused guilty of a charge of rape under section 376 of IPC. The High Court of Patna in the case of Saleha Khatoon v. State of Bihar it held that consent taken on the basis of fraud or consent which is based on deception cannot be termed as consent under Sec 90 of IPC such consent come within the ambit of rape thus it held false promise to marry amount to rape. In the case of Uday v. State of Karnataka the Supreme Court held that the general concept of consent to arrive at the conclusion that consent obtained on false promise to marry would amount to consent under a misconception of fact and therefore, such consent would be vitiated.

There is a difference between the mere breach of a promise, and not completing a false promise. If the accused on account of circumstances which he couldn’t have foreseen, or which were beyond his control, was unable to marry the lady, despite having every intention to undertake to so, the breach is getting to be merely a breach of promise; or where the victim had agreed to possess sexual intercourse on account of her love and keenness for the accused, and not solely on account of misrepresentation made to her by the accused, such sexual acts cannot be declared as a criminal offense. But if from the very beginning the promise of marriage by the accused was false and thus the consent involved was balanced wholly on the said false promise, the share of which is abysmally high in rural areas and properly acknowledged by Justice Panigrahi: “It is additionally equally disturbing, many of the complaints come from a socially disadvantaged and poor segment of the society, rural areas, who are often lured into sex by men on false promises of marriage then dumped as soon as they get pregnant. The rape law often fails to capture their trouble.”, they suffer a social retaliation and are propelled by the patriarchal vocation, their economical disability further knocks them off the ridge of public acceptance. Thus, their plea for justice deserves an equal amount of recognition. If the accused aren’t punished for rape then the country will become the safe haven for the rapists because it’ll be very easy for them to commit legal rape.

Rape features a long-lasting effect on the lives of the victim. Most of the time it’s not just the victim who experiences the pain and consequences of the sexual violence but the family of the victim undergoes an equivalent pain. Therefore, merely because the accused had married another lady and/or even the victim has subsequently married, is not any ground to not convict the accused of the offense punishable under Section 375 of the IPC. The accused must face the results of the crime committed by him. But however, victimizing women and penalizing men for an equivalent act are going to be legally also as morally undefendable. this scenario involves the overhauling of the rape laws a gender-neutral provision the offense must be categorized in several degrees with less grave punishment also on be made available.

[1] Why India sees sex on false promise of marriage as rape, India,