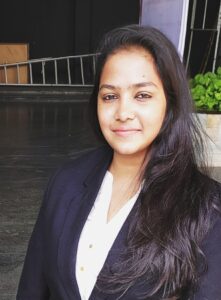 This Blog is written by Sakshi Sahoo from KIIT School of Law, Odisha. Edited by Ritika Sharma & Prakriti Dadsena.

Usually in legal terms security refers to the surety (it can be the amount, things such as gold, etc). A security cheque can be defined as a cheque given or issued to a drawee by the drawer as a surety that if in case the drawer will fail to pay the amount or fail to meet the obligations bounded by him/her the security cheque will take down the liability of the drawer and discharge it. Usually, in the cases, the defendant is acquitted if the individual is able to prove that the cheque issued was just a cheque issued under probable circumstances and not to discharge any liability of any kind. The burden of proof always lies on the accused and if the accused fails to prove its innocence then is charged under the case of dishonour of cheque. According to the precedents that are set it is stated that only merely issuing the security cheque will not lead to any criminal liability but it should be backed by the fact that it was issued in order to discharge the liability.

The borrower is in the constant pressure that he/she has to pay back before the deadline or else the security cheque will discharge the outstanding payment or the liability which sums up to be huge for the borrower.

For the purposes of trade and commerce that is for the mercantile purpose, an act was introduced named as The Negotiable Instruments Act,1881. It was enacted on 01.03.1882. The simplified meaning of negotiable instrument means a transferable written document.

Section 138 of the Negotiable Instrument Act states – Dishonour of cheque for insufficiency, etc., of funds in the account. —Where any cheque drawn by a person on an account maintained by him with a banker for payment of any amount of money to another person from out of that account for the discharge, in whole or in part, of any debt or other liability, is returned by the bank unpaid, either because of the amount of money standing to the credit of that account is insufficient to honour the cheque or that it exceeds the amount arranged to be paid from that account by an agreement made with that bank, such person shall be deemed to have committed an offence and shall, without prejudice to any other provisions of this Act, be punished with imprisonment for 19 [a term which may be extended to two years], or with fine which may extend to twice the amount of the cheque, or with both: Provided that nothing contained in this section shall apply unless—

(a) the cheque has been presented to the bank within a period of six months from the date on which it is drawn or within the period of its validity, whichever is earlier;

(b) the payee or the holder in due course of the cheque, as the case may be, makes a demand for the payment of the said amount of money by giving a notice in writing, to the drawer of the cheque, 20 [within thirty days] of the receipt of information by him from the bank regarding the return of the cheque as unpaid; and

(c) the drawer of such cheque fails to make the payment of the said amount of money to the payee or, as the case may be, to the holder in due course of the cheque, within fifteen days of the receipt of the said notice.

Here in the above statute a disjunctive “or” has been used between the terms “debt” and “liability”, which distinguishes them into two different terms with their own individual scope and aspect.

Indus airways purchased some parts of the aircraft from Magnum Aviation. The cheques were issued in advance to Magnum Aviation. The supplier that is Magnum Aviation had previously informed the Indus airways that the parts that they wanted to purchase will be brought from abroad to India and that is why they need the payment in advance. The cheques that were given in advance were dated as 15.03.07 and 20.03.07. Then the purchaser that is Indus airway cancelled the order through a letter on 22.03.07 and asked for the advance cheques that were paid by them. It was stated that it was reviewed by the Indus airways to stop the payment as there were no statement of the banks stating that there was not enough money or funds to pay the supplier. It was asked by the petitioner to quash the criminal proceeding under section 482 of CrPC. The main issue of the case was that whether the post-dated cheques which was paid as an advance to the supplier were to discharge the liability will be called under section 130 of The Negotiable Instrument Act, as a cheque dishonour case. It was considered by the Apex court that the seller that is Magnum Aviation should claim for damages from the buyer that is Indus Airways since it’s a breach of contract and hence this distinguishes the line between a civil and criminal liability. It also stated that if the cheques are paid in advance it would not attract any liability.

In this case a post-dated cheque was issued to pay the future instalments in case if due to any circumstance the amount will not be paid then this cheque should discharge that as per the agreement between the parties. In this case also the petitioner filed to quash the criminal proceeding under section 482 of CrPC. If here the judgement of the case Indus airways will be brought in then it will be notice that in that case it was properly distinguished between civil and criminal liability and the liability that rose was due to breach of contract and was at par itself from criminal liability. In the Indus airways case, the cheque was an advance payment which was cancelled later but in the present case the cheque paid was to meet the payment of future instalment which was due. In the agreement itself this cheque was written as a security cheque, and that there is a huge difference between a cheque that was issued in advance and a cheque that is issued for the repayment of the due loan. Hence the petition was not quashed.

The apex court stated that as long as there is a liability the cheque can be reviewed and also agreed to the decision gave by the high court of Karnataka where it stated that if a cheque is issued to discharge any sort of liability or any sort of debt it attracts section 138 of The Negotiable Agreement Act.

Usually, the complainant bears the loss since there is a limit to claim damages in a civil suit. The main objective of the court is to define the ambit of the security cheque and the terms liability and debt.

One Thought to “Supreme Court’s Ruling On Security Cheque Review”