Tax On Lotteries And Gambling 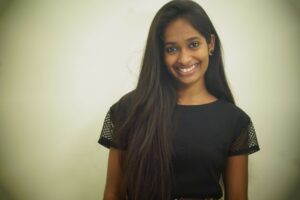 “Gambling means putting on stake something of value particularly money with consciousness of risk and hope of gain on the outcome of a game or a contest whose result may be determined by chance or accident or on the likelihood of anything occurring or not occurring”. “lottery” means a scheme, in whatever form and by whatever name called, for distribution of prizes by lot or chance to those persons participating in the chances of a prize by purchasing tickets[1] ” lotteries the form of gambling which involves the drawing of Lords for the price. The word stems from the Dutch word loterij, which is desired from the noun lot meaning faith or destiny. A lottery is considered an actionable claim and does not get covered in the definition of goods and services. The Public Gambling Act, 1867 prohibited the activity of gambling in India. This legislation defines gaming houses and declares gambling illegal, where it is being done as a business to earn a profit. India is the Public Gaming Act of 1867. This demonstration at first applied distinctly to the ten states which were under British control at that point, however, was consequently changed to consolidate every single other state. There have been some different changes as well, yet the laws stay set up regardless of the way that they are more than 100 years of age.

The government of India has full control over how the wings of lotteries can be taxed, which is regulated by the Lotteries Regulation Act[2]. The state legislature has the power to form laws surrounding these taxes. “Tax laws levy a tax rate of 30% on any winnings from casinos, lotteries, crossword puzzles, races, card games, and more (basically, any form of gambling or betting). Amounts won from a game show or lottery are taxable under Section 56(2)(ib) of the Income Tax Act, 1961. According to Section 194B winnings from lotteries, lucky draws, races, betting, TV, or electronic competitive Offshore casino operators are supposed to withhold tax of 30% when making payments to winners if the winnings exceed INR 10,000 (which equates to GBP 115)”. The tax rates are operated according to the provisions of section 115BB[3] In April 2017, a uniform goods and services tax (GST) was formally introduced. The above policy is applicable for both the federal and state government levels which was enacted officially in July  2017. This GST is an indirect tax. Taxes on lottery, betting, and gambling winnings are being subsumed on the state level.

To understand the taxing on lotteries and gambling through case laws.

The methodology followed by the researcher while researching the article is doctrinal in nature. The research method is analytical and descriptive. This article was carried out through the means of critical reading of other websites. This article was done by collecting information from a variety of sources from journals, articles, case reviews, etc. The information has been collected from primary and secondary sources.

Suits, Daniel B. “Gambling Taxes: Regressivity and Revenue Potential,” National Tax Journal, 30, 1, March 1977, pp. 19-35. This journal provides detailed information about the taxing in gambling. This journal also explains the impact of taxes on gambling activities for the government.

THE PROVISIONS IN LAW (IN INDIA)

The Lotteries Regulation Act, 1998 deals with lotteries. This act is extended to the whole of India. Which came into force from 2nd October 1997. In this act, lotteries are defined. This act has 13 sections in it which include the conditions subject to which lotteries may be organised etc, provision of sale of the ticket in a state, prohibition of organisation of lottery, penalty, offences to be cognizable and non-bailable, offences by companies, the power to give directions which “gives the power to the central government to give directions to the state government as to carrying into execution in the state of any of the provisions of the act”, power of central government to make rules, power of state government to make rules, repeal and saving. This act completely regulates the lotteries in India.

The Public Gambling Act, 1867 deals with gambling in India. Which came into force on 26 January 1867 it is extended to United provinces East Punjab Delhi and the central provinces. This act has 18 sections in it the first section explains about interpretation clause and then power to extend the act, the penalty for owning or keeping or having charge of a gaming house, the penalty for being found in a gaming house, the power to enter and authorized police to enter and search, finding cards etc in suspected houses to be the evidence that such houses are common gaming houses, penalty on the person arrested for giving false names and addresses, on conviction for keeping a gaming house instruments of the game in to be destroyed, proof of playing for stakes unnecessary, and many other sections.

Section 155BB of The income Tax Act, 1995. Imposes tax on lotteries and gambling which controls the axe of gambling throughout India. These taxes help to maximize the income for the government or generate revenue for the Government and also to keep a check on more lotteries and gambling activities. The government’s intrinsic role in sustaining a viable gambling industry, and its significant revenue stake in industry profitability, can make the public effectively shareholders in the industry. A significant social expense of gambling is the potential for the debasement of vote based procedures through close industry and government joins. The government can build gambling incomes by extending the duty base, as opposed to by raising assessment rates.

(1) Taxes for lottery winning in India,https://www.google.com/amp/s/www.taxscan.in/do-lottery-winnings-in-india-have-to-be-taxed/58809/%3famp