Technology in Law: A Boon or A Bane 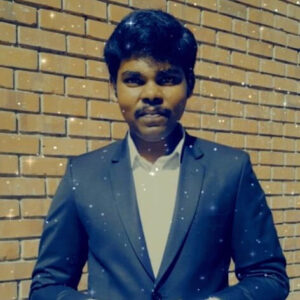 This Blog is written by Illa Mathi Maran from UPES, Dehradun. Edited by Ravikirna Shukre.

The term technology has its wide meaning. We should understand the origin and the development of technology. The term technology is defined from a Greek term, techne- mean “ART, SKILL, THE CUNNING OF HAND” and logia – “collection and arrangement of machinery and tools”.[1] In ancient times humane use these technologies to control, modify existing objects. Technology significantly affects human beings and provides a way to control and adapt to their natural environment. This term can be applied either generally or to specific areas, for example, this includes construction, medical, and information technology.

Due to the necessity and requirement, the economy started developing. The full networked personal computer was made a huge impact on the economy. This development was made an important view about the technology among the people. The people created new inventions like new software. Also over a million programmers participate intensely in thousands of projects that were made proper-source software development. Then, people were united to make an all-in-one information site for the usage of people. We can have websites and pages like WIKIPEDIA, ENCYCLOPEDIA, and BRITANNICA, etc… Peer production is the major concern in technology. Technology has started growing at a faster rate.

If we saw the development of the law, we can define it as a “set of rules to maintain the morality of the society”.[2] Almost everything we do was governed by some of the acts and rules. Everything has some rules and regulations to be followed, there are morality and custom that play a role in telling us what we should follow and what not to. In other words, we can say the law is the resemblance of morality.

There might be a question that arises in our minds as to why do we need rules that everyone must obey? In ancient society the total power was vested in the single person (king), his thoughts were considered as a rule. During the evolution of society, people started making their set of rules for a particular set of people. Then the Britishers made a written rule and also made courts maintain and interpret the law which was made.

In our society law was not only designed to govern the conduct of the people, but they also intended to give the effect of the social policies and customs, for example, some of the rules were created for the intention for enhancing peoples job, health care, etc…the system of law and justice was also designed to protect basic rights and freedom to treat everyone fairly, thus the law was also divided into two basic categories PUBLIC LAW and PRIVATE LAW. There were also various types of the law which are used to maintain the people in their various aspect of both civil and criminal matters.

The law and technology have its different origin but there are various contentions that, these terms can be united together in some point. The human activity which employs the attainment of the science, into the existing devices that improve the quality of life for example as follows;

• Technology as the capacity to charge the legal interests, in the case of the right privacy has been by the rise of information technology. The technology convergence in telecommunication swipes the feature that the telecommunication in the natural monopoly and the market to potentially infinite operator that free with the sector.

• Law can also have the technology to pursue goals by other technology in the past. In the case of e-document, the e-signature the payment of obligation the conclusion of the contract through intern tans so on. The rule set the possibilities to employ the digital technologies to attain or that goal which was reached through other technologies in the past

• The role of technology creates commodities was true for the new value prompted by the investigation of printing which after the process the new right emerged. The recent year the data banking played a major role. The law continuously confronted the need for regulating commodities which unknown in the past.

• Technology influence also the source of the rules. The legal system prefers given phenomena by making to influence and to impose from the outside.

There are many reasons in which the technology was mainly joined with the law for some reason:

1. It imposes the operational rules, for example, the regulation of the digital signature.

2. The incorporation of the rules

There are main reasons and the cases were started increasing in the rate related to the technology. Thus this significance plays an important role in it.

Over time more crimes are made related to technology, but there were no laws that are related to the offenses related to information technology. The big effect of the ICT gives access to new tools that did not previously exist.

The law and technology were also impacted in the persistence of the technology. The use of ICT has several benefits to organize, that was using the of the following as such as follows EG:  VOIP instead of the normal telephones, email, messaging instead of post. Of the website instead of the sales catalogs. Access to the large even worldwide, market. The sites can be the world and orders can be taken wherever there is a compatible banking system to proceed with payment.

The fact of the utilization of ICT brings insecurity issue. Then it can be care of the security issue. E.g.: encryption can be kept safe from unapproved individuals were being put away while being sent electricity. ICT empowered physical security, for example, iris or facial acknowledgment.

The organization benefit from using ICT management. Management the information has more reliable and up-to-date information on which to base their decision.

The Information Technology Act, 2000 was made in 2000 that was a bit later proviso which was made for reducing the crimes related to information technology. This act tries to assimilate the available legal principle in several such laws enacted in several other countries and electronic signatures. This modern legislation makes CT data theft, spreading a virus, identify theft, defamation, and cyber terrorism, and criminal offense.

This act mainly supplements several rules which are mainly based on cybercrime, electronic services daily, and blocking safety websites.it also for the observance of the due diligence by the intermediaries. If any person affected by data theft, hacking, or spreading virus applies for compensation from adjudication, under section 46 can file the complaint. Appeals can be and the adjudication lies on the cyber appellate tribunal.

We should know what cybercrime is before knowing about information technology. The “cybercrime is an act commonly performed by a knowledgeable computer user, sometimes referred to as that illegally brown or steal a company’s or individual’s private information. In some cases, this person or group of individuals may be malicious and destroy or otherwise corrupt the computer or data files”.[4] These are the wording that explains cybercrime

• Cyber Terrorism – Hacking, threats, or blackmailing any person regarding his business secret pieces of information

• Child Pornography – Making or disturbing a child in and making him be getting disturbed.

• Cyberbully or Cyber-walking – Harassing other online files and databases

• Denial of Service Attack – Sending an overloaded request to the other person to destroy the data and private information.

These are some of the crimes which are made punishable under this code.

This case the main background case which was held in the Supreme Court related to the creation of the cyber laws and IT acts. The defendant was of two dominant names as siffynet.com and siffynet.net. The plaintiff is a company named Satyam Info way, incorporates in 1995, also they registered their names as “sify”. the similarities between these names which are registered in 1999 and the domain name of stiff net solutions led Satyam Info way to file a suit in the civil court of Bangalore on the basis that the defendant passing the domain name and using the domain name from it.

The court acknowledges that the prior use by the trade name Sify had earned a good reputation in the connection with the internet and computer service. Then the court held that Safety Net solutions domain name was similar to the domain name of the plaintiff and confusion caused the aim of the public by deceptive similarity.

The court pleased temporary injunction in the favour of the plaintiff. The case brought before the high court allows the appeal to proceed further. According to the High Court, the respondent was n businessman other than what being done by the appellant, so consumers could not misguide or refuse it. the high court also underscored the point the plaintiff company had separate trade names, which could use if we’re not the granted order of the injunction. Since the complaint is an order to protect trade name has been recourse to the UDRP procedure. Even if the UDRP has been designed for abusive registration of a trademark, it is still possible to get protection for a trading name under an equivalent trademark. the World Intellectual Property Organization (WIPO) not being favorably disposed toward this trend.

In the fact already precedent of the firm having the advantage of this broad interpretation of UDRP rule. However, there since the plaintiff chose to bring the case to nominal court, that gave the supreme court to India its first decision on the domain names. The court’s judgment offers an interesting domain the dispute to the legal communication beyond. It characterized the domain name under two-aspect – as “an address for the computer” and also as a “business identifier” owning to increase commercial activity on the internet.

Due to it, the rise of cybercrime globally, and because hacked can exploit everything that is virtually available, India has made effort to protect individual data. The copyright act, and IT act, and CONTRACT ACT from which are already mentioned in the following analysis that was made for this major case.

The term technology and law were considered an important and major term in society. Both these terms were different in the previous time but due to the course of time, there is a necessity witch this term should be united. Special provisions like the copyright act, cybercrime law, and information technology act have emerged.

Technology made a new dimension in the criminal law, there are many issues for law enforcement this technology was used. The technical sophistication needs to follow new methods surpassing the earlier model of the legislation. There some of the most important aspects which are very helpful for the legal process. The police investigation can be done with the help of information technology like tracing a person, searching the location, etc…

As per the analysis which we saw in the above topics there are various aspects we discussed. But various advantages are mainly focused on the legislative processes. The technology to the law is in an advantageous part.

The rise of technology and networking contributes to both freedom and development that to be the immediate conclusion of a study of; aw and technology change in our age. We were in a modest position series of deep transformation in how the information knowledge and culture how these elements of the human knowledge applied the human condition.

In the next few decades, there will be more opportunities to go on the right and wrong path. The world will generally try to obtain a law to protect the business models. The consequences of the law will propose and opposed the fault line of the information. Both the old and new pieces of information were transmitted from one to another through the process of transmission. This that the study of law the central to misunderstand of human flourishing. Our future country will have relied on technology, so it’s essential to update ourselves to the process of development.

[1] This information is taken from https://www.lawctopus.com/academike/law-and-technology/.

[4] This is referred from https://www.lawctopus.com/academike/law-and-technology/.