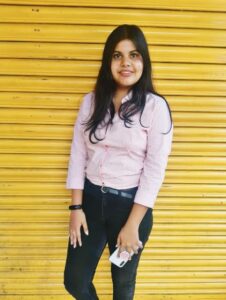 This Blog is written by Prachika Modi from KIIT School of Law, Odisha.  Edited by Naina Agarwal.

A fee that is imposed on a plaintiff to file a case in the court of law. This fee is collected by the government on the people seeking judicial remedies through legislation.  The concept of court fees was brought in order to prevent a vexatious lawsuit, which means cases filed in the court solely with an intention to harass the impugned party. As time passed, the number of cases kept on increasing and it was difficult to manage, court fees served as financial aid to the economic burden in court management. A court of law is for not only presenting cases in front of judges and seeking immediate aid; it requires proper management to ensure justice is delivered to a huge number of pending cases. Thus, court-fees is a charge for the admiration of justice. The fees charged are used for the expenses incurred in carrying out the court work.

The Court Fees Act is divided into 7 chapters. Chapter-I comprises sections 1 and 2 only, as preliminary; Chapter-II covers three sections i.e. Section 3 to 5 which deal with fees of High Court and Courts of Small Causes at Presidency towns. Chapter-III covers Sections 6 to 19 which deals with fees of other courts and public offices. Few sections are also applicable before High Court. Chapter III-A of the Act comprising sections 19-A to 19-K which deals with probates and letters of administration. Chapter IV deals with process fees and Chapter-V with the mode of levying the fee and Chapter VI is Miscellaneous.

Apart from these Chapters, the Act consists of three Schedules. Schedules II and I give of extensive arrangement various kinds of suits regarding the subject matter or relief claimed along with a table of fee payable. Schedules also provide that the fees payable on certain documents shall vary according to the court in which they are filed.

The Court-fees Act was passed for decreeing fees, which is to be paid for the documents used in court. The sole purpose of the act is to manage the administrative charges. The primary objective of the act is to protect the revenue and not to coerce the law. The Act imposes the fees as well as gives how these fees are to be ascertained, and the conditions under which the documents of the I and II Schedules to the Act may be received, filed, registered, or used, as the case may be, in the courts in India. The Act likewise indicates the reports that need not be stamped under the Act for being used in the courts.

Section 6 of Act provides: Except in the Courts hereinbefore mentioned, no document of any of the kinds specified as chargeable in the First or Second Schedule to this Act annexed shall be filed, exhibited or recorded in any Court of Justice, or shall be received or furnished by any public officer unless in respect of such document there be paid a fee of an amount not less than that indicated by either of the said Schedules as the proper fee for such document.

This section relates to Courts other than those specified in Section 4 and to public offices and makes a provision that is similar to Section 4 for such Courts and public offices. It precludes such Courts and offices to collect or provide any document unless it has been properly stamped. The section urges the Courts to see whether a document presented before it is sufficiently stamped. By this section, the Court can question the insufficiency or otherwise the court-fee by looking into the allegations held in the plaint. If a substantive relief is claimed, though clothed in the garb of a declaratory decree with a consequent relief, the Court is entitled to see what is the real nature of the relief and if satisfied that it is not a mere consequential relief but a substantive relief, it can request proper court-fee on that relief, irrespective of the arbitrary valuation put by the plaintiff in the plaint on the ostensible consequential relief.

In this case, the court held that this section should be read along with Section 28. This section does not control the application of Section 149 of Civil Procedure Code. If any conflict arises between Section 4 and Section 6 of Court-fees Act and Section 149 of the CPC then it can be resolved by Section 8 of the Court-fees Act. When an insufficiently stamped memorandum of appeal arises before the court, it deals with the ambit of Section 28 of the Court-fees Act and Section 149 of Civil Procedure Code. It depends on the court to reject or simply return the request. In either case, the appellant is entitled to present a fresh memorandum of appeal on sufficient court-fee.

Section 7 of the Act states the various process by which fees in different lawsuits are to be determined. This section purports to deal with the method of computation of court-fees payable at different lawsuits mentioned in the clauses. Section 7 contemplates three modes of valuation of the subject matter of a suit,

1. Valuation depends upon the actual value of the subject matter. It determines the number of court-fees to be paid.

2. Artificial value based on the fixed rules of calculation.

3. Notional value i.e. valuation at the option of the plaintiff. The plaintiff will himself value his fee based on the relief he is seeking.

Schedule I & II venture to provide a complete classification of different kinds of suits. The schedule states that proper court-fee shall vary according to the courts in which the case is filed depending upon some documents. There might be no changes in court-fee regarding some documents. Schedule I applies to that court-fee which are payable either to plaint or memorandum of appeal. In Schedule II, it is mentioned that the plaints and appeals in a lawsuit shall bear all the fixed fees prescribed in the table.

In Section 4 and Section 6 it is stated that a plant has to be stamped with a court-fee either under Schedule I or Schedule II of the Act. The two Schedules classify lawsuits into different groups, either by Schedule I’s ad valorem fee or by Schedule II’s fixed fee.

Section 13 of the Court fees Act states that if an appeal, which is rejected by the lower court on any of the grounds mentioned in the Code of Civil Procedure or if a suit is remanded in appeal on any of the grounds mentioned in Section 351 of the Code of Civil Procedure. The Appellate Court has to grant a certificate to the appellant authorizing him to collect the full amount of fee paid for the memorandum of appeal from the Collector. This section deals with cases for which the court-fee has to be refunded.

Section 15 of the act states that when in a case an application is conceded for the review of the judgment and the Court modifies its former judgment on the grounds of mistake of the law of mistake of fact then the applicant is entitled to receive a certificate from the Court authorizing him to collect the amount of fee paid on the application under II Schedule.

Section 25-27 deals with the mode of collecting fees. As per Section 25 all fees mentioned under Section 3 of this Act shall be collected by stamps. Section 26 states that stamps should be partly adhesive and partly impressed as per the government. Section 27 says The Appropriate Government may from time to time makes rules regulating: –

• The supply of stamps to be used under this Act.

• The number of stamps to be used for denoting any fee chargeable under this Act.

• The renewal of damaged or spoiled stamp.

In this case, Supreme Court held that the question of court-fee must be considered in the light of allegations made in the complaint and it should not be influenced by either plea or the final decision of suit on merits.

The Court-fees Act, as the name signifies, is an Act brought in for the purpose of imposing fees in order to seek justice. Justice should be something that should not come with a price tag. But, there ought to be given some kind of monetary support to the judiciary, for its proper functioning. There no preamble for the act whereby its purpose could be determined, however, there is no doubt that one of its major purposes is to levy fees for court services and public offices.

A report by the law commission of India recommends that there ought to be a fixed Court-Fees. Higher Court-Fee ought not to debilitate an individual to move toward the judiciary to address his complaint. A court fee is imposed for meeting the regulatory expenses and not to restrict the admittance to justice. It has likewise been expressed that court-fee isn’t a state revenue. Charging fees more than the expense incurred is anything but a sound practice by the state.

The court scrutinized the exorbitant amount of court fees charged by the administration. The Court Fees (Delhi Amendment) Act, 2012 imposed extravagant court fees and it was struck down and held to be unconstitutional.