All About Set-Off And Counter-Claim 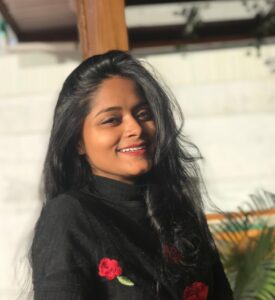 This Blog is written by Promita Ghosh from ICFAI University, Dehradun (Department of law). Edited by Prakriti Dadsena.

A civil suit that has jurisdiction above subject matter is inaugurating by filing a plaint in a suitable court. A Plaint is filled by the plaintiff.  Simultaneously, the defendant has to file a written response and put his/ her statement. Hence, retaliation to the content in the plaint. The written statement most of the time is accompanied by set-off and counter-claim. These two are cross-claims filed by the defendant as a response to the plaintiff thus, cannot be challenged except they are escort by the written statement and the response has to be given in 30 days within the date of filling the plain.

A claim put up against another is “Set- off”. It is basically a cross-claim that somewhat countervail the actual claim. Set off is reciprocated dismissal of debts.  A supplementary dept of which plaintiff and defendant are unanimously beneficiary to one another. Thus, it is a claim against the plaintiff by the defendant for recovering of money.  It can be only used for recovering money under the suit.  The suit can be taken for granted on reciprocal dues against each other; one charge may be sorted out against the other. In this suit, the amount should be mentioned definite and should be obtained legally. As both have laid claim to get money so there will be no different set-off in need.  This right of claim set-off of the defendant has been mentioned under Rule 6.

Plea of set-off can be upraised when the defendant fulfills the following conditions:

1. The suit is for regaining of money-

2. Fixed sum of money should be claimed by the defendant in the suit-

The defendant in states against him/her about the regaining of the fixed amount should be mentioned. Under Rule 6 it is mentioned that unapprehend money set-off suit is not accessible to the defendant. Although both parties can effectually set-off unapprehended amount if the plead come to an understanding.

3. The amount of money must be legally amendable-

It means insolvent is liable to pay the amount of money under the law. The defendant can only ask for the due’s plaintiff is bound to reward under the law. Defendant cannot claim time-barred debt which is not lawfully curable.

4. Both the parties should fill same turn of mind as they asked in the suit.

Defendant can claim only when both the parties fill same turn of mind in the suit. Thus, the amount pleaded by defendant must be lay claim to the similar way as in the suit from plaintiff. If the sum of amount payable by the plaintiff is in the position of a manager and if the suit is filled by plaintiff in his/her personal magnitude, then the set-off claimed by defendant cannot be raised in such amount.

5. Defendant should not ask the amount which is exceeding the limits of court-

The amount of sum claimed by the defendant through set-off should be inside the limitation of the court.

In the case Mujtaba v. Yasin, 2020 it was said that there are two types od set-off hence, Legal set-off and Equitable set-off.

• It is mentioned under section 111 of court of justice act.

• To form legal set-off following conditions must be satisfied:

• Here the money claimed can be either liquidated or unliquidated hence, equitable set-off obtainable.

• Both the parties lay claim to similar transaction and are attached in conditions and nature. [3]

• In India, entertain by the court aren’t allowed although, have the unrestricted power to entertain it or not.

•In general, court permits the defendants claim because it will be unfair for the defendant to file another suit.

Maharashtra State Farming Corporation Ltd v. Belapur Sugar and Allied Industries Ltd [3] in this case the court held that to aid equitable set-off, claim should come about the similar transaction and should not barred by time.

• The statement written by the defendant have the similar out-turn as a plaint suit giving final judgement to both the initial plead and the set-off claimed however shall not act on the claimed amount of money, of any counsel in respect of the amount of money payable to him/her underneath [4]

• The amount which the defendant will receive from the decree of the court shall not mislay the amount.

• Yet if the suit is taken back by the plaintiff, the set-off can still carry the case separately.

• If one person claims the suit and the defendant claim against more than one plaintiff that plead cannot be settle down.

In the case Jitendra Kumar and Others v. The peerless General Finance and Investment Company Ltd and Others [5] it was held that two primary conditions must be there in a suit – recovery of the amount of money and the money looked for must be definite, fixed and certain sum.

It is a claim made in a suit by defendant against the plaintiff. It is mentioned under rule 6A-6G of order 8 of the code of civil procedure. It is claim fill by the defendant against the plaintiffs suit. Primarily it is a cross-claim against plaintiff. Here defendant can file a separate plead. The defendant should individually mention about the put-up of counter-claim through written statement [6]. It should not go beyond the financial jurisdiction of the court. There was no individual provision  for counter-claim before the amendment act, 1976. The defendant is authorize to file a different plead by set-off only in regard of claim. This came as an outcome of 27th Law Commkission Report, 1964. However, the defendant get a right to file a counter-claim.

Rule 6B Counterclaim should be in a put in writing form

Rule 6D If the suit of the plaintiff is continue, hang on or put away have an impact on the counter-claim

Rule 6F Reassurance to the defendant where counter-claim succeeds.

Rule 6G  The Rules of written statement applies to the response of counter-claim.

In the case laxmidas v. Nanabhai AIR 1964, it was held the right to make counter-claim as legal right.

In Hem Narain Thakur v. Deo Kant Mishra(2000), and In case Allahuddin Kadri v. Devander Singh (1996)  it was said by the court that if the damage caused by a person who is not a party to the suit then both the parties has no right under Order 8 Rule 6A of the code of civil procedure.

In Gastech Process Engineering Pvt. Ltd. v. Saipem [6] held that counter-claim work as a weapon of protection and also the defendant impose to file a suit in opposition of the plaintiff and to keep away from abundence of proceddings.

Yet, in case of Manikchand Fulchand Katariya v. Lalchand Harakchand Katariya it was said by the hon’ble Bombay High Court that counter-claim is not restricted to a money suit.

WHEN TO FILE A COUNTER-CLAIM?

As stated by Rule 6A of Code of Civil Procedure three necessary circumstances to claim a counter-claim as follows :

• After and before filing the suit

• Prior to the defendant has bring his/her weapon of defence.

• And prior to the time limitation given for his/her protection has run out.

• Counter-claim has the outcome of a cross- claim

The court can give concluding judgement both in the initial suit and the counter-claim.

• Defendant will be serve as a plaint thus, Plaintiff also get the right to note statement in response to the counter-claim of the defendant and this noted statement will be command by the regulation of the written statement.

• Doen’st matter if the suit is withdraw by the plaintiff counter-claim will be justify on merits.

• If the plaintiff doen’st respond to the counter-claim, court may held the judgement in favour of the defendant.

DIFFERENCE BETWEEN A SET-OFF AND COUNTER-CLAIM

• Setoff is divided into two types- legal and equitable set-off whereas, counter-claim has no such categorization. [8]

• Set-off ia a weapon to plaintiff’s suit wheras, counter-claim is a cross-claim.

• Set-off is a right to modify the suit fill by the plaintiff in opposition to the rights or charges of the person authorize whereas, counter-claim is a claim by the defendant against the right claimed by the plaintiff.

In Sarojini Amma v. Dakshyani Amma the Hon’ble High court of Kerela held that counter- claim is a effect of cross-action and should get inclined with the initial or original suit, the only hindrance is that the court is capable to discard the counter-claim and the principle reason to construct a counter-claim is to intercept various procedding between the parties.