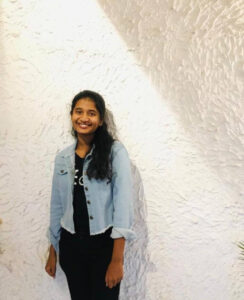 This Blog is written by Ruthika Reddy from St. Francis College for Women, Hyderabad. Edited by Oshin Suryawanshi.

Technology has pervaded every part of our lives, changing the way we work, learn, and live. Technology is the engine that propels the world forward. Industries are striving to keep up with new techniques, which are driven not only by technological improvements but also by their application in a variety of fields. In the past few decades, the legal field has also witnessed numerous technological improvements. Interrogation of suspects and accused persons is critical in any criminal investigation in order to elicit the truth from them. Technology has developed new methods of investigation, which include scientific and psychological tests that are designed to detect lies or gather information. These tests are often known as DDTs or deception detection tests and are used on suspects to get a lead in the investigation or when a key witness is unable to gather information. DDTs mainly include Narco-Analysis, Polygraph Test, and Brain-mapping. Polygraphs, also commonly known as lie-detectors are used in the investigation of crimes, the process of questioning, and the assessment of an individual’s honesty. The polygraph, or polygraph instrument, is a piece of equipment that records physiological phenomena such as respiration, heart rate, blood pressure, and electrodermal response. The testing includes interrogation along with the physiological measurements obtained on the polygraph. Polygraphs are based on the notion that when a person lies about a specific subject, he enters a state of hyperarousal, and his body functions in a manner that is not normal or natural. The readings on the polygraph are determined by variables such as a rapid increase or decrease in heart rate, a slight increase in blood pressure, breathing or respiratory rate changes. The Control Question Test (CQT) is the most extensively used polygraph test. The use of polygraphs in criminal investigations has been contentious. In empirical research, the polygraph test’s reliability in criminal investigations has been repeatedly questioned.

People have attempted to develop ways for detecting deception and assessing truth for as long as humans have deceived one another. The most commonly used techniques were interviews and interrogations to disclose what the deceiver will not easily admit. In most conventional interrogation procedures, criminal suspects are subjected to extensive periods of repeated interrogation, and authorities frequently use punitive measures in their attempts to determine honesty and truth. The 20th century marked the advent of techniques that employ physiological responses as indicators of deception. The polygraph is the most well-known of these. They were widely used in U.S, Israel, Japan, and Canada for investigating criminal cases and screening for pre-clearance in national security agencies. Investigating authorities have utilized various methods to obtain information from the accused and suspects since time immemorial, the majority of them were based on some type of torture. With the advent of science and technology, sophisticated lie-detecting tools have been developed, eliminating the need for authorities to employ “third-degree torture.” These psychoanalytical tests are also used to interpret the criminal’s (or suspect’s) behavior and validate the observations of the investigating personnel. The idea is that using these so-called “scientific procedures” in fact-finding will directly assist investigating agencies in gathering evidence, thereby increasing the rate of guilty prosecution and acquittal of the innocent.

Polygraphs are especially efficient at persuading people to reveal well-hidden secrets, and when the subjects are told that the polygraph indicates that they are lying, the confession rate is consistently high. Polygraphs may have a significant psychological impact on people in this regard. In some cases, people prefer to speak the truth without using polygraphs simply to escape the test because they are so desperate that they would rather confess. However, polygraph testing has sparked a lot of debate among scientists and the general public. The validity of polygraph testing is questioned by the majority of psychologists and other scientists. Polygraph evidence has been frequently rejected by courts, including the United States Supreme Court, due to its intrinsic unreliability. Almost a century of scientific psychology and physiology study gives little evidence to suggest that a polygraph test could be particularly accurate. The physiological reactions assessed by the polygraph aren’t always related to deceit. The recorded changes in physiological reactions are not always triggered by deception or lying, but they might be triggered by anxiety, fear, uneasiness, confusion, or any other emotion. The subject’s mental state also plays a significant role. When answering truthfully, an honest person may be scared, while a dishonest one may not be anxious. All these factors may undermine the results of the test, especially in criminal cases where it is important to punish the guilty.

Polygraph examination results are not accepted as the sole evidence in Indian courts. The fundamental reason for this is because the scientific community believes the test is far from perfect. Regardless, polygraph tests are commonly employed in criminal interrogations in India. The Criminal Procedure Code, Evidence Act, and Constitution include no provision for accepting the results of a polygraph examination. However, police in India have been polygraph tests as an interrogation tool. In 2010, a Supreme Court bench led by the then-Chief Justice of India issued a decision on polygraphs and other new fields of forensic psychology. The following are the salient features of this judgment in relation to polygraph interrogation:

• The polygraph interrogation can be conducted only with the consent of the subject, before the magistrate.

• No one should be forced to undergo the test involuntarily.

• Section 27 of the Indian Evidence Act allows material and other evidence obtained from polygraph interrogation to be used as evidence.

• Direct evidence obtained from polygraph interrogation is inadmissible unless it is accompanied by additional evidence.

• Involuntary interrogation is a form of third-degree questioning, and the court will not allow it.

According to the NHRC guidelines, if the accused agrees to a Lie Detector Test, he should be given access to a lawyer, and the police and his lawyer should explain the physical, emotional, and legal implications of the test to him.

The use of DDTs without consent (involuntary administration) is a violation of Article 20(3) of the Indian Constitution, which protects an individual’s right against self-incrimination and violates the right to personal liberty and privacy guaranteed by Article 21 of the Constitution. It means that a person cannot be compelled to testify against himself.

In this case, the Honourable Supreme Court held that the police conducting a polygraph without the consent of the accused person is a clear violation of article 20(3) of the Indian Constitution. In this case, the Bombay High Court had to consider if forcing the accused to take the test would violate his right to silence and force him to testify against himself. Palshikar J. ruled in this case that the right against self-incrimination only extends to judicial proceedings, not police interrogation.

In this case, objections have been raised in respect of instances where individuals who are the accused, suspects, or witnesses in an investigation have been subjected to psychoanalytical tests without their consent. The Supreme Court of India ruled that the three common police interrogation techniques – narco-analysis, lie-detector testing, and brain-mapping – violated an accused person’s right against self-incrimination under Article 20(3) of the Constitution, as well as her right to life and personal liberty under Article 21.

The use of brain fingerprinting, lie detector tests, and truth serum or narco-analysis were all found to be legal. The court upheld a special court order issued by the special court in Pune, which allowed the SIT to perform scientific tests on the suspects in the fake stamp paper scandal, including the principal suspect, Abdul Karim Telgi. According to the verdict, the evidence obtained under the effect of truth serum is also admissible. In the course of the judgment, a distinction was made between a “statement” (made in front of a police officer) and “testimony” (made under oath in court).

The polygraph lie-detector technique for detecting deceit has been proven to be an effective investigative tool. Polygraph testing is affordable, accessible, and painless and the accuracy of polygraph testing is estimated between 80%-90% if carried out properly by a trained examiner. As the use of polygraph techniques has increased in recent criminal investigations and evidence, there has been a growing concern about the factors that could affect their accuracy and use in administrative and judicial proceedings. Polygraph tools measure physiological signs as indicators of dishonesty. However, there has yet to be scientific proof of a relationship between physiological responses and deceptive behavior. Furthermore, polygraph tests may not be able to differentiate between honest and dishonest test subjects accurately. Misclassification of test subjects reflects the instruments’ lack of accuracy. Important classification problems, such as “false positive” (classifying innocent crime suspects as dishonest) and “false negative” (classifying dishonest crime suspects as innocent), show that these instruments are ineffective. It is clear that classification errors are the most significant difficulties to polygraph tests, defeating the devices’ very purpose. One of the most serious ethical issues related to the use of polygraph testing is the threat to the test subjects’ personal autonomy. As some crime suspects or examinees are forced to become the subjects of the tests, polygraph tests are an obvious infringement of personal privacy and civil liberties. DDTs are neither credible nor tenable under the legal framework of numerous jurisdictions, including India, according to the factum. Therefore, the results of a polygraph test should not be considered as a solid evidence in dealing with criminal cases.

“Justice for all” is the goal of the criminal justice system. To help maintain order across the country, would require safeguarding the innocent, convicting offenders, and ensuring a fair justice process. Therefore, it is important to highlight the fact that polygraphs are imperfect, and the possibility of error is always present while using the polygraph exam. At the same time, the fact that there is always a danger of inaccuracy does not mean that the findings of the polygraph test are always incorrect. Polygraphs also have a lot of advantages, including the ability to uncover the truth, obtain crucial information quickly, and identify a guilty party. They can be employed in the course of inquiry in crucial situations only after the subject has given her/his consent. Polygraphs should not be considered as sole evidence, it should only act as supporting evidence to the main evidence. Every legal system is oriented to the search for truth. The search for truth, on the other hand, is not the sole objective of criminal justice systems. Ultimately, we’re looking for justice.