All You Need To Know About The Central Road Fund Act, 2000 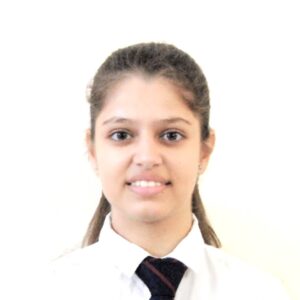 This Blog is written by Tamanna Kapoor from Symbiosis Law School, Noida. Edited by Amrith R.

The story of roads can be traced back to the start of human civilization, in the history of India itself there are mentions of roads when one reads about the Indus Valley civilization. Similarly, during the British Raj to there were acts and committees formed that looked into the road and infrastructure development of our country, irrespective of what their reasons were for setting them up.

But one of the most prominent and effective steps to date has been “The Central Road Fund Act, 2000”, for the last two decades the overall infrastructure of our country has improved a lot, especially in terms of roads.

As the title of the Act suggests, the Central Road Fund Act, 2000 was passed in order to have sufficient and separate funds for the maintenance and construction of various highways and provincial roads as well as railway under and over bridges.

SIGNIFICANCE AND PROVISIONS OF THE ACT

Though one cannot disregard the role that technology, as well as globalization, has played in the development of our nation, this non-lapsable fund has been a constant source for funding in different schemes launched by different governments when it comes to the development of the roads for the last two decades. To see how significant this Act has been in this development, it is important to know the provisions of this Act:

Sources of the Fund:

Section 3 of the Act states “Levy and collection of cesses” which is the major source of this Fund. This Section states how the government will collect an excise and customs duty called cess which is imposed on the specific items imported or produced in India. This can be said to be done further in two ways, first, if it is removed from a refinery or any such place (specifically, factory or outlet), or if it is transferred by one person (who has produced or imported that item) to another.

But one of the most essential and prominent manners of collecting this is to buy imposing this cess on the Motor Spirit, also known as Petrol and High-Speed Diesel Oil or diesel. The Act instructs the Central Government to specify a rate at which it will collect the said cess.

Though, these impositions were first mentioned under Finance (No.2) Act, 1998 (Petrol) and Finance Act, 1999 (High-Speed Diesel Oil). Along with this, Education Cess and Higher Education Cess are applied to Petroleum products.

Uses of the Fund:

Under Section 7 of the Act, it has clearly been stated that the Fund that has been established under Section 6 of the Act, called Central Road Fund has to be utilized for the purpose of developing and maintaining national highways, rural roads, state roads and under and over railway bridges.

Though the ways in which the Fund can be used has since been changed because of the Amendments brought in the Financial Budget of 2018 and the same has been discussed below. But in brief, the uses of this fund, renamed as Central Road and Infrastructure Fund, CRIF, have now been expanded to other infrastructural development that might be deemed important by the Committee. This will include projects related to waterways, railways, and other social projects like the construction of medical colleges.

Role and Functions of government and the power to make rules:

Sections 10 and 11 talk about the functions of the Central government and administration of States’ share respectively whereas Sections 12 and 13 talks about power to make Rules and for them to be laid before Parliament respectively. These sections also talk about the division that has to be kept in mind while allocating the fund for different projects. These so-called shareholders, that is, to say who gets to utilize the Fund, are Ministry of Road Transport and Highways, Ministry of Railways, Ministry of Shipping and Ministry of Rural Development.

AMENDMENT TO THE ACT

As is the case with every legislation, once it is passed and is actually brought in the public sphere, one starts noticing the different ways in which it is lacking and then comes the amendments. In this Act, to some such amendments were seen necessary and so in 2017, a Bill was introduced regarding the same called “The Central Road Fund Bill, 2017”, this was passed by the Lok Sabha and so the amendments were brought forth in the subsequent Financial Budget. It is to be noted that this Bill comes under the category of Financial Bill and so can only be introduced in the Lok Sabha and if passed there, it is sent to Rajya Sabha, though RS can not reject or amend it it can propose some changes which the Lok Sabha may or may not accept.

The 2018 Financial Budget brought in quite a few amendments to the Act, including its very name. This amendment changed the name of the Act to “The Central Road and Infrastructure Fund Act”. The main reason for this change, however, was that the fund could further be used for not only the purpose of developing roads but also other infrastructures like waterways and railways as well as to some extent the social infrastructure such as educational institutions.

Another major change has been in the control of the said Fund, previously the fund used to be under the domain of the Ministry of Road Transport and Highways but now it is looked after by the Ministry of Finance.

How are the different infrastructural projects prioritized according to with respect to the amendment?

According to the Budget of 2018, a committee was formed comprising of four members headed by the Minister of Finance will decide the allocation of this fund in different infrastructural projects. The other members of this committee are the Minster of Human Resource Development (now, Minister of Education), Minister of Railways, and Minister of Road Transport and Highways. Though this committee will be the final approver of the projects, the responsibility of prioritizing and evaluating the proposals received from various different ministries falls of the 15-member sub-committee which comprises of Secretaries of various Ministries, headed by the Economic Affairs Secretary.

The Act in itself was a step towards the government’s vision of prioritizing the development of the country’s roads and related infrastructure. The fact that the Fund is non-lapsable also shows that the vision at the time of the introduction and passing of the Act had a broader and long-term vision in mind.

For a country that prides itself to be developing and has been doing so since the beginning of its creation, I think that this Act which was probably many years in the making might have been a little late. But what matters is that even if it was late, it must have been used in the best possible manner.

The money raised in this Fund from the cess has since its implementation has been used in various government schemes like Pradhan Mantri Gram Sadak Yojana (PMGSY) and National Highways Development Project (NHDP).

The PMGSY is a scheme that was brought into operation in various phases for the construction of all-weather roads in rural areas and connect the remote areas to essential services like schools and hospitals. One of the latest ones was PMGSY-III which was approved in July 2019, this shows that even though the ambit of the Fund has been expanded, road development is not being side-lined and is still a priority.

The Act, and hence the Fund, has since its implementation played a major role in the development of the roads across our country, whether it be the construction of national and state highways or roads that have finally connected the remote areas of our country or the roads of over and under Railway bridges.

Furthermore, the amendment in the Act has helped to widen the reach of the Fund which can be viewed as a good thing for infrastructural development. Several of the projects that weren’t able to get funding are now being able to do so.

Other than this, though we have the latest setback that is affecting not only this Fund but also the overall economy of the country, COVID-19 has made it difficult for the working of the projects that come under the Act. Not only because of the funding but also the unavailability of the labor for several months due to lockdown.

But at the end of the day, what’s important is that this Fund is used appropriately as roads aren’t only essential to present a good picture of our nation on the international front but also because good roads are essential for the people and their movement and hence, their livelihood which in turn affects the economy of the country.