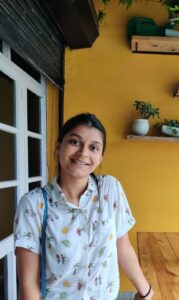 This Blog is written by Iesha Sharma from University of Petroleum and Energy Studies, Dehradun. Edited by Amrith R.

This blog focuses on the special issues and contribution of the border security by brining focus onto its different angles of border security and addressee the practice to secure the borders. They have been trough intense it’s of securitizes. As contemporary border security, they need to go to territorial limits of states to dispersed and heterogeneous sites located beyond geographical borderlines and as well as the inside some societies to secure the existence of the border crosses. There are several factors that affect and question the effective management of the long border security force. These include many factors like challenges related to unresolved boundary issues, illegal migrants, and many others. Taking the security as the variegated practice that maintains a complex relationship with security discourse which adds a layer of complexity to our understanding of border security.

The Border security force (BSF) of India is the primary Guiding police force in India. It’s often been misunderstood as by the people and counted under the category of the Army force but it is different than army force. It was created by the central government for controlling security forces to guard by all of India’s borders, thus bringing greater cohesion in border security. It is also known as the first wall of defense of Indian Territories. Wise words said by “George Marshall – “the soldiers’ heart, the soldier’s spirits, the soldier’s soul are everything.” The border security force is charged with guiding India’s land border during peacetime and preventing transnational crimes happening at the borders. It is the Union Government agency under the Administrative control of the Ministry of Home Affairs. It is one of many law enforcement agencies in India. The border security force currently stands as the world’s largest border guarding force. The main mandate in the hands of the Border Security Force is to safeguard India’s border on Indo-Pak and Indo- Bangladesh border. The complex bureaucratic relationship plays out differently on each of India’s borders, reflecting the different problems face in each segment.

Border Security force (BSF) was raised in the wake of 1965 of Indo-Pak war on 1 December with the motto of “Duty unto Death”. Till 1965 the Indian borders were manned by the State Armed police battalion. For ensuring the security of the border of India and for matters connected to their other countries. During Pakistan attacked Sardar Post, Chhar bet and Beri bet on 9 April 1965 in Kutch it came into notice the inadequacy of the state armed police to cope with armed aggression due to which the government of India though of making a centralized force rather than the distributive force for the border of India for making it more protective for the citizens of India. This shadow of operational responsibility is spread over 6385.36 km of international borders with Pak-Indo and Indo-Bangladesh borders. And also known as the LOC in Jammu and Kashmir during the time of the under control of the army is operational over there. The border security force is only a central armed force to have its own air wing, marine wing, and military regiment which helps o support the general battalion during the time of the operational emergencies. The exact mixture of technology and labor depends on the needs and strength of the country’s border force.

Soon after the Mumbai attack, former defense minister of that time P. Chidambaram was appointed home minister. He proposed a portfolio in which his vigorous reformed India’s faltering security. He improved the streaming ad strengthen intelligence agencies, creating a national, intelligent database. Border security the department for border management as formed 2004 to principally accountable for managing international national borders although with the conjunction with several and central government bodies. The department strengthens the border building of roads and fences and floodlighting areas of borders.

Since 2003, here has been an effort under which to improve the equipment of various border security organizations. In, 2003 the ministry of home affairs allocated roughly the $51 million for modernization of the border security force (BSF). The modernization includes more modern weaponry, however more hovercraft and floating platforms for riverside borders. The Indian government is also planning to establish a land port authority and integrated border check posts. Each of this institution is there to make the Indian borders secure and to will not hamper its trade ambitions.

The battalions of the border security forces are being trained for all form of security disaster like nuclear, biological and chemical disasters (NBC) they were trained at Kolkata, Patna, and Guwahati for the national disaster response force (NDRF). Apart it’s also involved in dealing with the counter-insurgency and counter-terrorism operations in different Indian states. In the past, they have fought with the army in the India – Pakistan war in 1971 and the Kargil war 1999 and have proved there worth and help to control the situation of Punjab during the 1984 riots and attack at the golden temple. Currently, Border security forces also take care of the Naxal hit areas in India. The border security force has a separate camel and dog wing.

India has also faced the challenges addressing border security issues but there has been seen a significant transformation over time. Over several years, Indian has emerged as one of the world’s fast-growing economics. This underscores the need for effective border security with the world economy there needs to have a fluid and open market business on borders. However, economic growth also requires a stable and comfortable environment to live in.

Although all the forces of India do an incredible job to guard our county India usually the Indian defense forces end up getting more credits and forget to mention the Central armed police force like Border Security force which also keep the care of the international border of India during peacetime and helps the Indian forces during wartime. Various divisions of Border Security Force plays an important role like holding the power which is assigned in different sectors, maintaining of law and order in enemy territory administered under army’s control, guarding of prisoners in the war camps, assistance during in control of refuges, performing special tasks connected with intelligence in any of field, acting as the guide to the army in border areas as they are more known to place on the ground level. The border security force also played a very big role in the situation of the Covid-19 pandemic in several states the border security force was assigned for several propose.

We have seen the importance of the Border security force of India and their immense hardwood and dedication to main peace and law and order within the Indian borders. In addition to that Indians also make their border effective in one way for preventing illegal migration, interdicting of the drug trade through borders, guard against the diseases through the borders, and the sudden fall in the economic crimes and sale of the black market goods. Like all other Indian organizations, border security forces also have issues but keep their issues aside all the grievance while serving our country India and we should acknowledge and remember their unsaid efforts. They have an equal burden during the time of the war and the peacetime as well as that of the Indian defense force. Unlike the army officer, the border security force is in an unending fight and they don’t stop even in the peacetime is what we say. I just remembered the remarkable words said by Elmer Davis – “This will remain the land of the free so long as it is the home of the brave.”