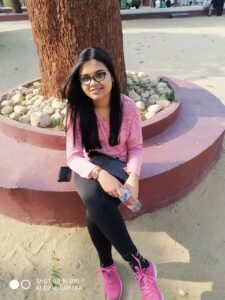 International law as the name suggests is the law that is applied in the relations of the States and their subjects under international law. The subject matter of an international convention or for that matter a treaty, not only holds itself being of prime importance for the two parties engaged in the treaty but also sets a precedent for future agreements to come. Similarly, the formation of international laws has a far wider impact in the sense that it prescribes the way and the form in which the various international conventions that have been made would be applicable under a municipal law whether or not a ratification of it if had been made. Article 27 of the Vienna Convention on the Law of Treaties, 1969, is very clear about this. Under the principle of pacta sunt servanda, “a state is under the duty to honour its international obligations even if it means changing its domestic law”. However, this does not pose an obligation by the international law on the part of the states to incorporate the treaties or customs into the domestic law system nor is there a form of authority that governs this process of incorporating international law.

SIGNIFICANCE OF INTERNATIONAL LAW IN THE INDIAN LEGAL SYSTEM:

International law and its significance have over the years been profound. It had a seeping influence on the way the legislature of a country constructs its laws. It forms itself functioning as a yardstick that guides in the formation of policies in the matter of various subjects and ultimately filling the discrepancies that might exist in an existing law system.

In the Indian context, the landmark case that has often been cited on this aspect and the activist history of the judiciary was in the case of Vishakha v State of Rajasthan [(1997)6 SCC 241). The matter, in this case, revolved around the matter of sexual harassment at the workplace. At the time, India had no existing provision which would guide such matters and so a case was filed by a group of activists and NGO through a writ petition with the reference to Article II of the Convention on the Elimination of the Discrimination against Women at workplaces. The Supreme Court in its judgement observed that the impairment of equality in employment which was visible had serious implications on gender equality which the court also took note of. It hence found the contents of international convention on this matter important and therefore held that “regard must be had to international conventions and norms for construing domestic law when there is no inconsistency between them and there is a void in the domestic law.” Hence the Court found that the contents of the international law must be interpreted for the protection of human dignity and gender equality which can be found under Article 14, 15, 19(1)(g) and 21 of the Constitution.

INTERNATIONAL CONVENTIONS AND THEIR IMPACT ON INDIAN LAW:

In the case of National Legal Services Authority v. Union of India [(2014) 5 SCC 438], the court recognized transgender as the third category of gender. The court said that “If parliament has made any legislation which is in conflict with international law, then Indian courts are bound to give effect to the Indian law, rather than international law. However, in the absence of contrary legislation, municipal courts in India would respect the rules of international law.”

The recent judgement passed by the Supreme Court in the case of Jeeja Ghosh v. Union of India [(2016)7 SCC 761] is a reaffirmation of the Court’s implementation of the international law. The case had arisen from public interest litigation that was filed because the Spice jet airline had forcibly deboarded the petitioner from the flight on the ground of her disability. The court took notice of the matter and had therefore recognized the act as being illegal and had ordered 10 lakh rupees to be paid to the petitioner. It then in its judgement referred to the international law on the right of disabled persons. The judgement said “The Vienna Convention on the Law of Treaties, 1963 requires India’s internal legislation to comply with international commitments.

These cases have time and again have shown the impact that international conventions had under Indian law, to the extent that separate legislations were had to be drafted to comply with the norms.

“The State shall endeavour to

(a) promote international peace and security;

(b) maintain just and honourable relations between nations;

(c) foster respect for international law and treaty obligations in the dealings of organised peoples with one another; and encourage settlement of international disputes by arbitration.”

This forms the part of the Directive Principles of State Policy thereby making it fundamental to be applied by the State, however, is not applicable by courts. The main aim through this provision has been to promote international peace and also to maintain these principles while making laws.

The treaty-making power in India is by far an executive act that and so a holistic reading of Articles 73, 246, 253 and Entry 14 of List 1 of the Seventh Schedule.

List 1 of the Entry 14 provides both the making of treaties and the implementation and on these two matters, only Parliament can make laws because they have been mentioned under List 1 of the Seventh Schedule. Therefore, Parliament can make laws as to how the treaty can be entered, but, the Parliament has not made any law on how to enter into such a treaty with the other states. So in the absence of this, Article 73 provides for the solution. It reads “To the matters with respect to which Parliament has power to make laws”, this ensures that there are no restrictions on the executive, rendering it to enter into treaties or matters concerning which the parliament has the power to make laws. And the executive power is entered in the name of the President of India under Article 53 of the Constitution which ensures that the court cannot question the validity of the treaty.

Lastly, treaty-making would not be completed if it is not implemented. Article 253 of the Constitution deals with the implementation of the international law. It gives power to the hands of the Parliament to make laws for the implementation of the treaty. But the question as to whether treaties being mandatorily applied has not been provided so it is not much clear. In that context, two approaches have been used by the Courts:

1) The first approach provides that an enabling legislation is required for a treaty to be applied. This was applied in the case of Jolley George Verghese v. Bank of Cochin [(1980) AIR 470], and Civil Rights Vigilance Committee Bangalore v. Union of India [AIR (1983) Kant 85]. In both of the cases the respective courts held that unless and until a treaty was passed by way of an enabling legislation, such a treaty cannot be applied. 2) In the Berubari Union [AIR (1960) SC 845], the Supreme Court pointed out that every treaty does not require implementation by way of legislation.

The need for international treaties in the present day and age is ever increasing, especially after the advent of globalization. However, though India should not insulate itself from the application, it must be done cautiously. Agreements related to intellectual property rights, trade, agriculture are some of the services where the agreements may not always be suitable for when seen through Indian interest. Also, the application of international law by the judiciary should be seen by the Parliament so that there is no overreach of judicial activism.

As has been discussed above, the international conventions have had a wider impact on India’s legislation but not all conventions are good and so while implementing such conventions the national interest must be seen as therefore it must be enforced.