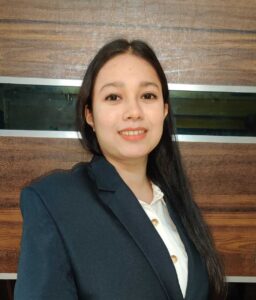 This Blog is written by Tanvi Sanjay Rane from Dr. D.Y. Patil College of Law, Maharashtra. Edited by Ravikiran Shukre.

Crime is an inevitable and universal phenomenon that forms an integral part of every human society. Truly speaking, it is impossible to find a society free from the problems of crime and criminals. The existence of criminality provided it does not exceed, for each social type, a certain level is regarded as a normal though regrettable phenomenon. But when crime and criminal behavior both exceed out of hands it becomes important to control them. Crime beyond normal limits can cause societies to collapse. Rampant criminal behavior is not only dangerous to a particular society where it originated but puts all the nations of the world in great peril when it starts spreading. For instance, organized crime syndicates though started in some small countries of the world, engagements have now become transnational. This not only possesses a threat to all the nations but also puts the lives of innocent people in danger. It thus, becomes important that all the countries unite together to detect these crimes and put an end to the risks it possesses.

The Indian practice with regard to international law is almost the same as that of Great Britain. Treaties that are part of the international law do not form part of the municipal law unless expressly made so by the legislative authority. Therefore, Government’s contention that the treaty is regarded as the law was not accepted by the High Court of Rajasthan in Birma v. State. (AIR 1951 Raj 127)

According to Salmond, conventional law means “any rule or system of rules agreed upon by persons for the regulation of their conduct towards each other”. It is a form of a special law. Some writers are of the opinion that the law of nations which we call international law is also a kind of conventional law because its principles are expressly or impliedly agreed upon by the member states.

In India, Article 253 of the Constitution of India empowers the parliament to enforce conventional law in the territory of India. Article 253 empowers the parliament to make any law for the whole or any part of the territory of India for implementing treaties and international agreements and conventions. It enables the government of India to implement all international obligations and commitments. Parliamentary legislation is necessary for implementing the provisions of a treaty.

Crime detection involves the perception that a crime has occurred or that it exists. It is the process of uncovering criminal activity or verifying a reported crime and further collecting evidence in order to identify and prosecute its perpetrators. Crime detection falls into three distinct stages. First, the discovery of the crime that a crime has been committed. Secondly, the identification of its suspect. And finally, the collection of sufficient evidence and grounds to indict the suspect before a court. Police are the main force behind detecting crime in many countries. Although it is not the only one as there are several other agencies, wings, and departments of a country that deal with the detection of crime.

Crime detection is the initial step in the prevention of crime. Unless a crime has been recognized of being committed one cannot efficiently prevent its commission. Crime detection helps further the agenda of preventing a crime. In the perspective of an already committed crime, previously detected crimes of the same nature help the detector understand the nuances of the crime. With this, he is further able to understand the criminology of that specific crime. This in return also helps forestall or forbid a future crime.

Crimes can be of various nature. The international crime involves the most serious crimes of concern to the global community. There are four core international crimes namely genocide, war crimes, crimes against humanity, and the crime of aggression. These crimes further include crimes of murder, torture, extermination, enslavement, rape, imprisonment, forced abortion, and other sexual offenses, forcible transfer of populations, persecution on political, religious, racial, and gender grounds, deportation, etc. United Nations can be said to be the custodian of international law and has ratified many multilateral treaties between several countries, including conventions that unify the countries to detect these crimes. Some of the Conventions which help detect crime can be understood as under.

Convention On the Prevention and Punishment of the Crime of Genocide (1948):

The Genocide convention is one of the foremost conventions on the prevention of a crime. All the states party to it are binding to prevent and detect the crime of genocide.

Clause 1(a) of Article 7 to this convention states that each State Party shall institute a comprehensive domestic regulatory and supervisory regime for banks and non-bank financial institutions and, where appropriate, other bodies particularly susceptible to money-laundering, within its competence, in order to deter and detect all forms of money-laundering, which regime shall emphasize requirements for customer identification, record-keeping and the reporting of suspicious transactions.

Article 9 further states that each State Party shall, to the extent appropriate and consistent with its legal system, adopt legislative, administrative, or other effective measures to promote integrity and to prevent, detect and punish the corruption of public officials. Each State Party shall take measures to ensure effective action by its authorities in the prevention, detection, and punishment of the corruption of public officials, including providing such authorities with adequate independence to deter the exertion of inappropriate influence on their actions.

This Convention provides comprehensive measures against drug trafficking, including provisions against money laundering and the diversion of precursor chemicals. It provides for international cooperation through, for example, extradition of drug traffickers controlled deliveries and transfer of proceedings.

Primarily, one of the biggest advantages of International Conventions on crime detection is that it recognizes a particular crime on the international platform. Recognition is the primary facet of detecting crime. Unless it is given international recognition, it will go undetected as the state laws of some nations might not recognize these crimes. For example, female infanticide was not a recognized crime in India until international influence becomes predominant and it was understood to be a crime, before which it was a widely followed practice. The same goes for honor killings. It can be said that international recognition also creates a fear in the mind of perpetrators. Hence, these conventions are of great importance to detect crime not only internationally but also at the grass-root level.

Secondly, the importance of international conventions can also be understood through the maxim pacta sunt servanda. It means that the states are found to fulfill in good faith the obligations assumed by them under the treaty. As per Article 13 of the International Law Commission every state has the obligation to carry out the duties and obligations in good faith as per the terms of the treaty. The said idea is also incorporated in Article 26 of Vienna Convention. It serves a very important function since there is international co-operation. The International Court of Justice admitted its effectiveness in the case of ‘nuclear tests’ (Australia vs France) by mentioning that principle of good faith is “one of the basic principles governing the creation and performance of legal obligations.” These obligations bind the states to come together if agreed and fight crime.

Further, it is increasingly being recognized that there are certain peremptory principles of international law from which there could not be any derogation. The peremptory norm of general international law is a norm accepted and recognized by the international community of States as a whole as a norm from which no derogation is permitted. Such a norm can be modified only by a subsequent norm of general international law having the same character. Article 53 of the Vienna Convention on the law of treaties confirms this view. The principle prohibiting unlawful use of force, contrary to the United Nations Charter, is an illustration of Jus Cogens. Article 53 of the convention also provides that a treaty is void at the time of its conclusion if it conflicts with Jus Cogens. Thus, no state can go against the principles laid down through these treaties.

Crime detection is thus a necessary aspect for not only resolving crimes but also preventing them. It can be started at the grass-roots level but as the crime gets more complicated it becomes important that all the states of the world come together to detect and prevent these crimes. Hence, making International Law Conventions an aspect of crime detection.