An Overview of Recognition of Zoo Under Wildlife Protection, Act, 1972 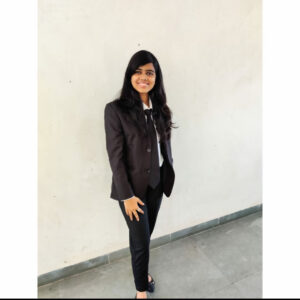 This Blog is written by Divya Bhargava from Indore Institute of Law, Madhya Pradesh. Edited by Ravikiran Shukre.

India is a place where all types of weather, forest, and different living conditions exist. The diversity of Indian weather is unique. It is land consisting of 10% of the world’s species.  India is a place where all the rare and unique animals exist. According to the International Conservation of Nature, India is a megadiverse country with only 2.4% of the world’s large area which accounts for 7-8% of all recorded animals including 45,000 species of plants and 91,000 animals. [1] Observing day-to-day cruelty on animals and birds, with a large number of buildings replacing forests all around the world, the ecological balance is at great risk and the places are no longer safe for animals.

Humanity is a very hard concept to define in today’s world which results in attacking innocent animals, using the animals for their own use, and selling them to fulfill their own needs. It is a vicious circle between humans and animals: humans, due to various activities, have decreased the natural habitat of animals and as a result of it, animals approach the human settlement and humans develop a harsh attitude towards them. [2]

For the protection of “animals”, “birds” and “forest”, the Indian Government took a huge step by passing an act called “Wildlife Protection Act, 1972”, this act was passed by the Parliament of India in 1972 and came into effect on 9 September 1972. The main objective of this act is to protect the “animals” and “forest”. In the Wildlife Protection Act,1972, “Zoo” plays an important role. The term “Zoo” has been defined under sub-clause (38) of Section 2 under Wildlife Protection Act, it reads as “‘Zoo’ means an establishment, whether stationary or mobile, where captive animal is kept for exhibition of public but does not include a circus and an establishment of a licensed dealer in captive animals”. However, sec.38H talks about the “recognition of Zoos”.

The most significant role for this development is to protect “animals” from dying and to protect “forests”. The main reason behind the deforestation is the human population, as the human population is increasing rapidly for which they need homes to live in therefore the buildings are getting replaced with the forests. For the conservation of forests and animals, the development of Zoo’s is essential for the protection of nature. A separate chapter has been created as Chapter IV A which starts from sec. 38A to 38J under Wildlife Protection Act, 1972 by Central Zoo Authority.

The main objective for the establishment of “recognition of zoos” under the wildlife protection act is to protect the Zoos from interior and exterior too. Under the recognition of the Zoo, no one can open the zoo without due permission of the authority. [3] All the power of rejecting, accepting, or canceling is in the hands of the Central Zoo Authority, without the permission of the authority no one can open the Zoo and there will be no transport of animals.

After the laws made under-recognition of zoos, many developments took place like for the purpose of circuses, the animals may be kept permanently if the animal is kept at a place of their choice where they feel like home and the owner will treat the animals properly. [4]

The main objective behind the “Zoo” development is to complement and strengthen the national effort for the conservation and protection of rich biodiversity of the country, particularly fauna as per National Zoo Policy, 1998. [5]

Earlier, when there was no protection and legal punishment for poaching and hunting. The people used to hunt the animals for their own use and there were no restrictions for them because in past years there were no barriers, and the forests were open for humans. The main reason for the development of “Recognition of Zoo Rules” is to stop hunting and poaching so that humans will not use animals and birds for themselves.

Today, when wildlife habitats are in severe danger and a large number of species of wild fauna become endangered, the recognition of zoos not only sustains their own population but also becomes a link for the education of children. It becomes a close linkage between natural areas and maintaining life processes of nature. [6]

IMPACT OF RECOGNITION OF ZOOS’:

After the recognition of Zoo’s in India, it helps to conserve and protect the animals and plants. Furthermore, many animals are kept in zoos that are not endangered species and therefore their captivity does not serve the conservation at all. After the recognition of Zoo’s there are still people inside who transfer the animals for money. The inhuman beating of elephants in Mysore [7], the rapid increase of death in National Zoological Park, Delhi.[8] In recognition of zoo rules, it is given that “ The zoo operators shall provide a clean and healthy environment in the zoo by planting trees, creating green belts and providing lawns and flower beds etc.”.[9] But this law is not taking properly, As per PETA investigation, the animals in Zoo are faced with cruelty, the zoo keepers, they don’t provide food and water to the animals and many animals live in concrete and iron cages.[10]

The people who are owners and staff of the Zoo keep the animals chained, they do not have any liberty to move freely. The most important role for the Zoo’s is to conserve and provide the animals to live comfortably. But after the Zoo’s enactment, the whole perspective changed. Some Zoos have less security, due to which the people entered the Zoo without any permission and till now, the animals are facing cruelty.

The impact of the recognition of Zoos is that they provide each opportunity to the Zoo members and the keepers. They opened the Zoo’s for the people’s entertainment. People are using the animals for their own use.

PROVISIONS IN THE LEGISLATION:

Provisions in The Constitution:

Part 4 of the Indian Constitution contains the Directive Principles of State Policy. Articles from 36 to 51 of the Indian constitution states that the environment should be cleaned and safeguard the wildlife forest and century.

2. Part 4-A of the Indian constitution [11] contains the Fundamental Duties which contains the moral obligation of Indian Citizens. Article 51-A of the Indian constitution states that it is the duty of Indian citizens to protect the environment and natural resources like water, river, lake, and wildlife. It also says that every citizen should have compassion for living creatures.

This case was filed for projecting the conditions of animals in Zoos. The main objective behind this is to look after the conditions of animals, their food, environment, cruelty, and how people are looking after them. In this case, the petitioner highlighted the poor infrastructure in the Byculla Zoo which resulted in the infliction of unnecessary pain on animals and suffering of animal housing named Zoo. After the observation by the petitioner in Zoo, it was observed that the water provided to the animals is once a day and the access to it is closed, there is a lack of vegetarian food, the animals are kept in cages, there is an inadequate barrier which leads to teasing and hurting another animal in Zoo, no hiding place for animals and especially there is no environment for the animals to live in etc. So, it is argued that keeping animals that are not declared to be endangered in the zoo cannot be said to be done in furtherance of animal conservation and hence is not in line with the objective of the Act. [13]

However, the Hon’ble High Court restrained itself from making any observation or ruling on this contention and only noted the reply of the central government on this issue, which weakly claimed that the practice was necessary to inspire empathy among zoo visitors. The stand of the government here was quite oxymoronic as it claimed that for ensuring public empathy towards wild animals, it is necessary to deprive them of their natural habitat and way of life. An act that may be reasonably argued to be a sign of indifference itself.

In this case, it was seen that while protecting the animals from hunting, poaching and preventing killing other animals, it was necessary to look at the status of tigers and other animals in captivity, particularly in zoos. In this case, it appears that out of 47 Zoos holding tiger collections, security arrangements have been beefed up insofar as 32 zoos are concerned. 15 zoos have yet to comply with that direction. In this case, some suggestions were made by the government that –

• No zoo should be made without the permission of the Central Zoo Authority, Government of India.

• All the stipulations made by the Central Zoo Authority while granting conditional recognition should be strictly adhered to within the time framed.

• Funds released by the Central Zoo Authority should be used in Zoo’s for more security of animals.

• Animal collections are planned within the carrying capacity to avoid overcrowding and inbreeding in Zoos.

• Exchange of animals between zoos should be allowed by the respective State’s government and no price tag should be kept on animals.

India is a country with huge diversity in natural resources. For the same reason, the Wildlife Protection Act, 1972 was brought into force. Many changes were brought with the Amendment Act,2002. This Act acts as a blanket of protection for various flora and fauna from illegal poaching, killing, trading in wild animals and various species of plants. This Act consists of 60 Sections and divided into 8 chapters. This Act empowers the State as well as the Central government to declare any area as Sanctuary, National Park. Various restrictions are imposed to carry any activity under these areas and officers are appointed to administer the activities which are carried on under those areas. [15]

The main objective of the recognition of Zoo’s is to protect the animals and birds. In the past years, there were no barriers in forests, so people use them for their own use, they use the forest for hunting, poaching, and selling animals for money. Increasing the use of animals for their own use and protecting the animals, the government imposed laws for the protection of animals. To protect the animals from hunting and poaching and cruelty, the government imposed new laws under section 38 of the Wildlife Protection Act, 1952.  The recognition of Zoos plays an important role in the protection of animals but after the recognition of Zoos in India, there is no protection is still, the people are still treating the animals with cruelty. The act was to provide punishment to those who are treating animals with cruelty. After the recognition of Zoos in India the more cruelty increased which resulted in that animals are living in cages and because of hunting, the birds are getting killed.

5. Who We Are, Central Zoo Authority. http://www.cza.nic.in/page/en/introduction.