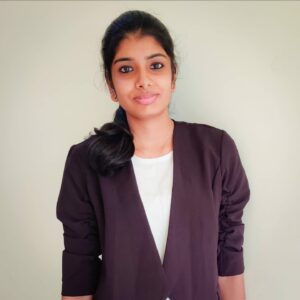 The Lok Sabha approved The Specific Relief (Amendment) Bill, 2018 in mid-March 2018 by voice vote without debate, amending an existing Act, The Specific Relief Act 1953, that has not been altered since its commencement. This bill sought to give a contractual party the ability to seek damages from the other party in the event of a commercial contract violation and limit the discretion of judges in such cases. The existing Special Remedy Act of 1953 only allows for specific relief (based on equity law) to be granted at the discretion of the court. As a general rule, the modifications contain remedies that aim to exact fulfillment of a duty or enforce the execution of a contract (Specific Relief), rather than monetary compensation or damages (Compensatory Relief).

As part of the government’s ease of doing a business program, the Bill has changed 54-year-old legislation by eliminating the following requirements and requiring specific performance by courts as a general norm.

The Amendment Act limits the courts’ discretion in matters involving contract particular performance and gives an aggrieved party the power to seek particular performance of a contract in certain circumstances, subject to the Act’s Sections 11(2), 14, and 16. The Amendment Act also grants an additional right, which appears to be in addition to other rights under the Act and the Indian Contract Act, 1872, to have the option of substituted performance through a third party, and to recover the expenses and other costs actually incurred, spent, or suffered by such aggrieved party from the party who breaches the contract.

Previously, under Section 10 of the Act, the particular performance of a contract was a discretionary remedy that could only be given if one of the following conditions were met:

1. The real damage caused by the action’s failure to be performed could not be determined; or

2. When monetary compensation is insufficient to compensate for contract non-performance.

GENERAL RULE RATHER THAN A LIMITED LIGHT:

NO INJUNCTION AGAINST INFRASTRUCTURE PROJECTS:

The Amendment Act prohibits courts from issuing injunctions in cases involving contracts for infrastructure projects if such an injunction will obstruct or delay the project’s development or completion. These projects are classified as transportation, electricity, water and sanitation, communication, such as telecommunication, and social and commercial infrastructure, such as affordable housing (subject to Central Government revisions). The goal is to decrease judicial participation in infrastructure projects while simultaneously ensuring that the public interest associated with such projects is not harmed by judicial processes that may stymie or delay the completion of such projects, particularly those with the bigger public interest.

SPECIAL COURTS AND A TIMELINE FOR DISPOSAL OF CASES:

Certain civil courts will be designated as special courts under the amendment and will hear suits brought under the Act involving contracts for infrastructure projects. The Amendment Act also establishes a 12-month deadline for the resolution of all proceedings brought under the Act, starting from the moment the defendant receives the summons. The aforementioned term may be extended by the courts for a maximum of further 6 months when the courts have recorded grounds for the extension in writing.

The Amendment Act adds a new clause to the Act that allows courts to retain technical experts in cases where the court believes it is important to get an expert opinion on a specific issue in the case. The conditions of payment of such experts will be determined by the courts, and the payment will be paid by the parties to the matter in proportion and at the time that the court directs.

The Amendment Act introduced limited liability partnerships to the list of parties that can demand particular performance by adding sub-section (fa) to Section 15 of the Act.

The Amendment Act also adds a substituted performance provision to Section 20 of the Act. In the case of a contract violation, the aggrieved party has the right to have the contract performed by a third party or by his own agency, and to be reimbursed for the costs and expenditures spent. This does not, however, preclude the injured party from seeking redress from the defaulting party. However, it would seem obvious that once the substituted performance is sought, the injured party would lose the right to pursue a particular performance of the contract.

Specific performance cannot be enforced for the following type of contracts, according to the Amendment Act:

• a contract where a party has obtained substituted performance of the contract in accordance with the provisions of Section 20 of the Act;

• a contract whose performance involves the performance of a continuous duty that the court cannot supervise;

• a contract that is so reliant on the parties’ personal qualifications that the court is unable to compel explicit fulfillment of its material conditions; and

• a contract that is determinable by its very nature.

The amended provisions expressly take away the powers of a civil court to grant injunctions in respect of all disputes arising out of a contract relating to an infrastructure project, despite the fact that the Amendment Act aims to:

(1) remove difficulties in the enforcement of contracts; and

(2) provide for the expeditious disposition of cases filed under the Act. While the goal of the amendment is to prevent any impediment or delay in the progress or completion of projects that are in the public interest, the possibility that courts will refuse to hear injunction applications in good faith cannot be ruled out, and such an embargo raises interesting public policy concerns. Furthermore, the Amendment Act may affect the court’s jurisdiction under the Commercial Courts Act, 2015, with the possibility of overlap between the jurisdiction of the special courts intended to adjudicate contracts related to infrastructure projects and general commercial disputes relating to construction and infrastructure contracts. Clarity in this regard will undoubtedly be required.

PROVISIONS IN THE LEGISLATION:

A court of law shall enforce the particular execution of a contract, except for contracts that cannot be expressly enforced as stated in Sections 11(2), 14, and 16 of the Act.

(a) where a party to the contract has obtained substituted performance of the contract under Section 20 of the Act;

(b) a contract whose performance involves the performance of a continuous duty that the court cannot supervise;

(c) a contract whose performance is so dependent on the personal qualifications of the parties that the court cannot supervise;

(d) a contract that is determinable.

The court may engage one or more experts for presenting evidence, including the production of documents on the subject that are based on relevant facts and form part of the record, if it believes it essential to acquire expert opinion to help it on any specific subject involved in the action.

Without prejudice to the generality of the provisions contained in the Indian Contract Act, 1872, where the contract is broken due to non-performance of promise by any party, the party who suffers as a result of such breach shall have the option of substituted performance through a telecommunications system.

Section 41(ha) of the Act states that an injunction cannot be issued if it would obstruct or delay the progress or completion of any infrastructure project, or if it would interfere with the continuous supply of necessary facilities or services relating to the project.

The Amendment Act’s amendments are in line with the goals of the original Act, which include preventing the obligor from failing to fulfill obligations made to the other party that may be damaging to their interests.

In the case of Union of India v. Indusind Bank Limited [1], What becomes clear is that the revisions are neither declarative nor clarifying. The modifications aim to make a significant shift in the law by establishing for the first time that the remedy of particular performance in the event of a contract violation would no longer be exceptional or discretionary, but would be available to a party as a matter of right. The revisions eliminate the courts’ discretion in granting particular performance of contracts. This is unmistakably a substantial and remedial change in the law. In contrast to declaratory or clarifying acts, which are considered retrospective, remedial legislation must be viewed as prospective. As a result, the Amendment Act would have to be interpreted in this light as having no retroactive effect.

The Gujarat Electricity Board v. Shantilal R. Desai [2], Because the Amendment Act has resulted in the repeal and substitution of the Act’s equivalent provisions, the general legislation on statutory repeal, which may be found in Section 6 of the General Clauses Act, would apply. The repeal does not impact any right, privilege, obligation, or responsibility gained, accrued, or incurred under any enactment thus repealed, according to Section 6. It also preserves the past functioning of any repealed enactment, as well as whatever done or suffered under it. Section 6 preserves accrued and vested rights by saying that they can be enforced even if the act under which they acquired is repealed unless the repealing act expressly or by necessary inference takes away such right.

In the case of Baroda Cement and Chemical Ltd. v. Commissioner of Income Tax, [3]. The plaintiff seeking particular performance was required under the Act (as modified) to show that compensation as a remedy is either insufficient or unascertainable. Specific performance was not accessible to a party as a matter of right, but it may be granted at the court’s discretion. This plaintiff’s responsibility might be considered as a defendant’s comparable right or privilege. The aforementioned right and responsibility that accrued when the Act (un-amended) was in effect would be retained even after the Amendment Act was introduced, according to Section 6. This is especially true because the plain wording of the Amendment Act (which, in this case, is the repealing act) shows no intention to take away accrued and vested rights. When is a party’s right or obligation said to have accumulated or vested? This right only accrues or vests when the contract is breached, or in other words, when a dispute develops.

The Amendment Act aims to give greater certainty in contract enforcement by requiring courts to provide specific performance relief unless there are certain conditions. Furthermore, regulating quick contract enforcement will help India reduce the time it takes to enforce contracts.

According to the Expert Committee on the SRA, a decree of compensation does not completely compensate since it is computed based on the date of the breach and does not take into account events that occur after the breach and until the decree is executed. In this situation, a particular performance might provide the most complete remedy to the injured party. While the Amendment Act aims to prevent contractual parties from failing to fulfill their obligations, it nevertheless maintains the previous view that contracts that are determinable by their nature cannot be expressly enforced. Courts have interpreted the inclusion of a termination provision in a contract to suggest that the contract is determinable by its nature over time (and hence not specifically enforceable). It’s unclear if the presence of this provision, even after the Amendment Act, will jeopardize the provision’s intended goal.

The Amendment Act aims to give aggrieved parties prompt relief by establishing a time limit for redress and allowing them to pick their own remedy rather than relying on the court’s judgment.

The Amendment Act intends to preserve contractual expectations and eliminate uncertainties, with the goal of improving India’s track record on contract enforcement and reducing the time it takes to resolve ongoing disputes. Although some of the amendment act’s features, such as expert appointment and substituted performance, are standard contractual phrases, they are nonetheless a welcome legislative addition. However, in other cases, such as where the defaulting party to a contract is on the verge of financial difficulty or probable bankruptcy proceedings under the Insolvency & Bankruptcy Code, imposing specific performance may be impracticable. Similarly, monetary recompense may be worthless in such situations unless the defaulting party’s commitments are underwritten by a third-party guarantee. While the goal of compressing judicial procedures to 18 months is admirable, it begs the issue of what would happen at the conclusion of that time span.