An Overview Of The Anti- Hijacking Act 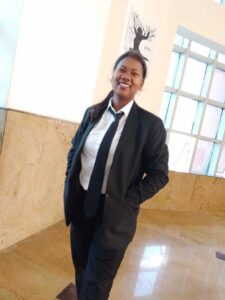 This Blog is written by Shashi Indwar from Central University of South Bihar, Gaya.  Edited by Ritika Sharma.

The Anti-Hijacking Bill 2010 introduced in the Rajya Sabha and cleared in 2014 and the bill of Anti-Hijacking which provides the death punishment for the offence of Hijacking and the importance for life. Anti-Hijacking was introduced by Ashok Gajapathi Raju, this bill has been referred to the parliamentary standing committee on transport, tourism, and the culture. Six Anti-Hijacking has been witnessed by India since Independence. The most dangerous was in 1999 when Indian Airlines Flight IC-814 flying from Kathmandu. The 2016 Anti-Hijacking Act replaces a 1982 vintage law. The new rule brings the Indian law in line with the Beijing Protocol of the UN body International Civil Aviation Organization (ICAO). It has been seen that the android smartphone operating system where applications are increasing day by day i.e. Apps so, the threats and attacks on android are also rising. There are a large number of apps which are used by the users by hiding their functionalities and send users sensitive message, information, and data across the network. There is an Anti-Hijacking apparatus for the aircraft and for the airports also and it includes the combination of the following elements of panic silent alarms hidden in the aircraft, brake locks on the aircraft which can be controlled remotely also. In Ahmedabad, a man was sentenced to life and fined him Rs 5 crore for creating a hijack scare abroad a Jet Airways Mumbai-Delhi flight and forcing him to land in Ahmedabad in the year of October 2017 and it was the first conviction under the Anti Hijacking Act,2016. Narendra Modi administration believed that the Anti- Hijacking Act,1982 was not much comprehensive enough to deal with the modern-day hijacking as the technology has been changing day by day and it’s it is operated remotely also and this doesn’t penalize individuals who made false hijack threats and had weak penalties that are not sufficient for the hijackers. For the Anti-Hijacking guilty will be punished with imprisonment for the life and fine is also for the immovable or movable property held by him or her. Those who direct or plans to hijack the jet are also considered as committing an Anti- Hijacking. The new law which mandates the Central Government to confer the powers of the investigation, arrest or even the prosecution or any officer of the Central Government or National Investigation Agency (NIA). Rules under Anti- Hijacking have been notified on 5th of July.

This new act applies that if the offences are committed outside India but the aircraft is registered in India or have been leased in Indians or the offenders are Indian or it may be the offenders are stateless but lives in India such as an illegal Bangladesh migrant or the offences are committed against the Indians. The new Act has introduced the death penalty, a life sentence for hijacking the airlines. Under the old act of Anti- Hijacking some aircraft were considered in service between the time doors shut and the time every passenger had disembarked. Under the new Act, the aircraft shall be considered to be in the service from the beginning of the pre-flight preparation of the aircraft and by the grounds personnel or even by the crew for a specific flight until twenty-four hours after any landing. The special court of Ahmedabad has sentenced a man to life and fined him Rs 5 crore for creating of the hijacking scare and a Jet Airways which was from Mumbai to Delhi flight was being forced to land in Ahmedabad.

THE OFFENCE OF HIJACKING

The offence of hijacking defines under Section 3(1) of the Anti-hijacking Act,2016 whoever does unlawful and does intentionally seizes or tries to control of an aircraft in services by applying force or threat thereof, or by coercion or by any other form commits the offence of hijacking and the act aims to punish not only an actual act of hijacking or even the false threat that may appear genuine. It doesn’t require armed possession of an aircraft may not be necessary for the hijacking and it may be hijacked remotely also by the technological threat. The hijacker attempts to direct others to hijack and assisting another person to evade investigation are punishable as hijacking and so it is the preparation of hijacking. If the hijacking leads to death of any of the passengers or any of the crew members it will be punishable with the death if the hijacking doesn’t lead to the death of any of the passengers then the punishment will be punishable with life imprisonment. Section 5 deals with the Punishment for acts of violence which is connected to hijacking while committing the offence of hijacking in connection with such hijacking offence and any violence against any passenger or the crew shall be punished with the same punishment with which he would be punishable under any law for the time being in force in India.

The Anti hijacking Birju Kishor Salla left a printed note calming that there were 12 hijackers aboard. Which was arrested by the National Investigation Agency that Salla was not armed and his intention was merely to ensure that his girlfriend who was a jet employee in Delhi moved to Mumbai after the scare and this invited a life sentence because the provision which was recently passed Anti Hijacking Act 2016 in which threat is also punishable under this act even it is intentionally or not and the act was brought just because to remove the Anti Hijacking Act,1982 which the government considered it obsolete in the face of emerging threats and the new act was made to aim to enforce the Hague Hijacking Convention and 2010 for Beijing Protocol Supplementary to the convention. The protocol supplementary 2010 which made amendment in the Anti Hijacking and addition came into effect on January 1, 2018. The main aim of framing this act was to punish those also false threat to the aircraft for hijacking that means that a hoax call that force an aircraft to land at a place different from the place intended would be treated as hijacking and attract similar punishment. The act also provides for the fine and the confiscation of the movable and the immovable assets and the hijacker may be charged with any other offence that takes place during the hijacking. The Act which provides for the detention in the custody for up to 30 days and the bail application can’t be entertained unless the public prosecutor is given a chance to oppose.