The Need To Review The Central Vigilance Commission Act, 2003 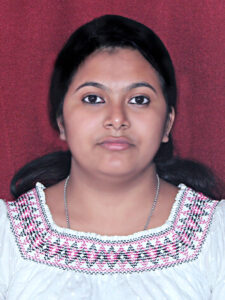 This Blog is written by Arnesha Ghosh from Adamas University (School of Law and Justice) Barasat. Edited by Ujjawal Vaibhav Agrahari.

“A system is corrupt when it is strictly profit-driven, not driven to serve the best interests of its people.”

Accountable, transparent, responsive, effective, and efficient, equitable, and follows the rule of law are the key for good governance in any country. the day when any government of any country is able to minimize corruption, take the views of the minorities, and voices of the most vulnerable in the society are heard and take into consideration that day it will be good governance. Corruption is a form of unethical or dishonest conduct performed by a person holding an authority position with the goal of acquiring personal benefits. It is a miscarriage of the institution of the public service and being unfaithful towards the necessary professional ethic of the public administrator to serve the public fairly.

India is a democratic country with a division of powers in too many hands leading to inevitable corruption and a major issue to worry the citizens. Corruption and India are intimately interlaced. A country’s government should always be careful to its citizens about the usage of money as they are directly accountable to the citizens of that country. The Berlin-based corruption watchdog Transparency International has put India at rank 76 out of 168 countries in its latest Corruption Perception index. Considering this stats it is always good to keep an eye on the government, it’s day to day working and its officials. Corruption is one of the decaying forces to society and to states and should be taken countermeasures to control it.

Righteousness is the foundation of good governance. The organizations, systems, and procedures of the Government must not only be efficient but also ethical, just, and fair. Integrity has to be an essential ingredient. The ill-effects of corruption undermine our developmental efforts and weakens democratic institutions. Bribery, nepotism, willful action, or inaction, favoritism is the different forms of corruption. The challenge of the citizen is to make a condition where honest can work without any fear and the corrupt are punished promptly.

The Administrative Vigilance Division of the Department of Personnel and Training is the Nodal Agency for dealing with Vigilance and anticorruption. In pursuance of the recommendations made by the Committee on Prevention of Corruption, popularly known as the Santhanam Committee, the Central Vigilance Commission was set up by the Government of India by a Resolution dated 11.2.1964.

In the year 1958, then the finance minister T.T. Krishnamachari, ha to resign from his office due to involvement in a high-profile corruption scandal known as the Mundhra scandal. During that time the government appointed a committee under the chairmanship of K. Santhanam known as the Prevention of Corruption Committee. In its reports submitted in 1963, he recommended creating a Central Vigilance Commission headed by Central Vigilance Commissioner with considerable autonomy and status so as to consolidate the fragmented anti-corruption work that has been performed by the various ministries of the union government.  At the federal level, key institutions include the Central Vigilance Commission (CVC), The Central Bureau of Investigation (CBI), The Office of the Comptroller and Auditor General (C&AG) and the State Level Anti-Corruption Bureaus (ACB) of each State are created to combating the corruption in India.

The government of India took action and formed the Santhanam committee head by Sri K.Santhanam to review its existing corruption law and bodies. it founded that the DSPE was not sufficient enough in controlling corruption and suggested of creation of an independent high-level body, thus the government took his advice, and finally in the year 1964 CVC came into existence. the CVC was the apex anti-corruption body because it was the only body dedicated purely to the fight against corruption. the Santhanam Committee “wanted the CVC to be the final authority for according prosecution sanction in respect of Government Officials.”

The Santhanam committee took a comprehensive view and stated that “ there is a widespread impression that failure of integrity is not uncommon among ministers and that some ministers, who have held office during the last 16 years have enriched themselves illegitimately, obtained good jobs for their sons and relations through nepotism and have reaped other advantages inconsistent with any notion of purity in public life.” The committee identified some of the main causes of corruption such as red tape and nepotism, administrative delay, lack of transparency.

From 1964 -1993 the CVC couldn’t do a great change in controlling the country’s growing corruption until in the case of Vineet Narain v. Union of India [CWP 340-343 of 1993] or popularly known as the Hawala case in 1993.  The Hawala system is an alternative method of money transfer system of “transferring money without actually moving money.” The case involved the Jain brothers transferring almost $20 million to politicians via the Hawala system. It was alleged that CBI and other agencies couldn’t investigate properly and prosecute those who were involved in committing the crime because it deliberately to save the powerful and influential persons.

Through Writ Petition the matter went to Supreme Court, and thus it decided that the responsibility of exercising superintendence over the CBI functioning from central government to Central Vigilance Commission should be provided a statutory status. There were many other directions given by the apex court on December 18th, 1997. In the year 1998, April 8 there was a meeting in the cabinet and the government ask the law commission to submit a report on CVC and on 1998, August 13 it submitted a report and draft of the CVC Bill.

On 25th August 1998, the government promulgated the Central Vigilance commission ordinance was passed. After this again on October 27, 1998, another ordinance on Central Vigilance Commission was passed. Finally, on December 12, 1998, the Central Vigilance Commission Bill was introduced in the Lok Sabha (Bill No 149 of 1998) before the Bill could become a law the Lok Sabha was dissolved on 26th April 1999 and the Bill lapsed.  To give a statutory basis it was again introduced in the Lok Sabha on 20th December 1999 and it was referred to a joint committee of both the house of parliament with Shri Sharad Pawar being appointed as the chairman of the meeting on 28th December 1999. The committee next present a report along with the draft of the Bill on 22nd November of 2000, finally the 23rd of February 2003 the bill was passed by Lok Sabha.

Even when the bill becomes the law, a large and important part of the bill has remained unimplemented. Strong machinery is required to implement those laws effectively. It exercises superintendence over the working of the Central Bureau of Investigation (CBI), also over various vigilance administration of various ministries. the agency was an advisory body. CBI and other agencies were there to investigate but they had to take power from the CVC. it exercises a general check and supervision over vigilance and anticorruption work in Ministries or Departments of the Government of India and other organizations to which the executive control of the Union extends. It also exercises superintendence over the functioning of the Delhi Special Police Establishment (DSPE) insofar it relates to the investigation of offenses alleged to have been committed under the Prevention of Corruption Act, 1988.

There are numerous issues on the powers granted to CVC. It is not transparent while selecting a Chief Vigilance Officer. There is no statutory requirement about the selection having to be unanimous or based on consensus among the members of the committee. The main issue with the agency is that it is an agency of the executive and not of the legislature. The states have opted for only central vigilance commission and not for the ombudsman to control the corruption in the administration. It does not investigate itself; it has to wait for other agencies’ investigation report. It does not have any adjudicatory power as it is not the competent authority to sanction criminal prosecutions committed by officials during their duty hours. The supreme court held that no third party such as chief vigilance commissioner could dictate the disciplinary authority on how to exercise their power and what punishment should be given to the delinquent officer.

The CVC is very weak as it is not a legislative body. CVC should be given legal status and by removing it from the clutches of the executive and the politics as a strong mechanism is very much essential to fight corruption and misuse of powers held by the high official rank people. The bill would legalize a set of executive instructions which were held by the court as a contrary to the law. Lok pal should be given constitutional status. This would provide eminence and constitutional safeguards which is expected to be a watchdog against wrongdoing by high public authorities.

(1) Institutional framework and Corruption by shodhganga.

(3) The story of Central Vigilance Commission Bill,2003 by G.P. Joshi