An Overview on Dying Declaration 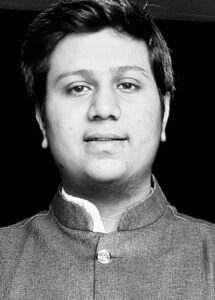 This Blog is written by Bhavya from NALSAR University of Law, Hyderabad. Edited by Prakriti Dadsena.

A concept deep-rooted in the historical maxim of “Nemo Moriturus Praesumitur Mentire”. A dying declaration connotes evidence carved by a man “who will not meet his maker with a lie in his mouth”- a person on the deathbed, who cannot be presumed to lie.

Codified under the Indian Evidence Act as well, as the name suggests, a dying declaration is the one made by a man before he leaves for the cosmic journey. The rationale behind the adoption of these testimonies lies in the bedrock of certain beliefs that the possibility of concealing facts or falsify truthful statements is negligible when a person breathes her last.

Hearsay evidence, a part of ordinary hoi-polloi discourse concerning an event that affects law, is generally inadmissible in the Indian Courts but given the existential veracity and the evangelical historical belief that those who lie on deathbed are wary of the wrath of gods [1], did not only compel the common law to recognize dying declarations. Instead, under the Indian Law, the same can be invoked as a material fact, both in civil as well as criminal cases. This article attempts to explain the position of Indian Law in its entirety, with regard to dying declarations made by victims during the last hour.

These statements made under a sense of extremity by “the dying person, who is considered to be as powerful over his conscience as the obligation of an oath, and partly on the supposed absence of interest on the verge of the next world, which dispenses with a necessity of a cross-examination”, also require to have been said by a person right before she deceases, or otherwise, in no possible hopes of recovery [2] as perceived by her.

Section 32 and 33 contain the provisions concerning “dying declarations” within the Indian Evidence Act of 1872. Section 32 states:

Section 32 further under the same proviso, enumerates eight exceptions to the hearsay rule.

The significance of this section is premised upon taking into consideration, the evidence made by those unavailable at the time a case is dealt with. Such persons cannot be called as witnesses, and the opposing party cannot exercise cross-examination. The court is equally unable to ascertain the veracity or weigh down or question the evidence made by a person who’s absent ad infinitum. To make this evidence feasible, therefore, two factors function:

1. That after a person has ceased to exist, the question of events to take place in future being attached to him as well as to ascertain the cause of his death, dying declaration becomes a necessity.

2. Only the very authentic and substantial evidence that is not hearsay but has evolved from the very dying person out of bounds of falsity, is taken into consideration by the courts. In each exception under S.32, the courts have a final say in determining the reliability of evidence made thereunder.

For these reasons, therefore, it becomes expedient to look at the construction of the proviso, itself laying the following constituents of what such evidence comprises of:

A. “Statements, written or verbal”

Much of the nebulous concern revolves around what constitutes as “verbal”. Courts have time and again necessitated that “oral statements” [4] doubtlessly are, in line with Section 32, but many other interpretations have been discussed to deal with the ambit of this term.

The Allahabad HC, concurred that, “it is not necessary that the words should be spoken. If the term used in the section were “oral,” it might be that the statement must be confined to words spoken by the mouth. But the meaning of “verbal” is something wider. From the earliest times it has been held that the words of another person may be so adopted by a witness as to be properly treated as the words of the witness himself”, when the culpability of an assailant was questioned after the deceased pointed at him with gestures before dying. [5]

The Privy Council, relying on Abdullah, maintained that verbal statements “closely resemble the case of a person who is dumb and is able to converse by means of a finger alphabet”. [6] “Any method of communication between mind and mind may be adopted that will develop the thought, as the pressure of the hand, a nod of the head or a glance of the eye”, [7] therefore, under the ambit of ‘verbal’ [8].

Statements are also admitted if partly made verbally and partly in writing. An attempt to seek statement through multiple choice questions given the grave condition of the victim was admitted as the “answers were absolutely simple, effective and indispensable.” [9]

Leading questions, as asked in the Abdullah Case, are not the only questions covered by virtue of Ss. 32 and 119 of the Act. In fact, questions seeking answers, adopting the character of speaking, even if not “leading” are covered as evidence. [10] All in all, the facts and circumstances of the case have to be dealt with by the court in accordance with the specific situation at hand. [11] [12]

B. “Of Relevant Facts”

Though the section is silent upon what deems “relevant”, all facts in issue are relevant facts [13]. “Facts in issue” are also considered a part of this section. [14]

This includes persons incapable of acting as witnesses before the court, including:

• those incapable of giving evidence

• those who can’t be available without “unreasonable delay and expenses”

Whether the death of another person or only the death of the declarant can be taken as a dying declaration, is another question of relevance. The Supreme Court has taken a two-fold stance on this:

E. “Resulted In His Death”

Resulting in death and “causing death” are different in nature. [17]As pointed out by Syed Murtaza Fazalali, J,:

“The test of proximity cannot be too literally construed and practically reduced to a cut-and-dried formula of universal application… where death is a logical culmination of a continuous drama, long in process and is, as it were, a finale of the story, the statement regarding each step directly connected with the end of the drama would be admissible because the entire statement would have to be read as on organic whole and not torn from the context.”

The statement can also be declared, “before the cause of death has arisen, or before the deceased has any reason to anticipate being killed.” [18] Circumstances may not be causative, but only proximate enough to have a nexus with the final fatal dose. [19]

A dying declaration can be made “by anyone”, “to anyone”. As observed by the SC:

“It is immaterial to whom the declaration is made. The declaration may be made to a Magistrate, to a Police Officer, a public servant or a private person. It may be made before the doctor; indeed, he would be the best person to opine about the fitness of the dying man.” [20]

The Criminal Rules of Practice and Circular Orders, 1990 (High Court of Andhra Pradesh) also lay down the guidelines on how to appropriately record dying declarations for magistrates.

In order to record a reliable dying declaration, the following measures shall be employed:

1. Fit Condition Of The Declarant

The declarant must be both physically and mentally [21] fit [22], devoid any tutoring at the heavy time of stress and pain during which he parts with the declaration.

A magistrate is also required to acquire a medical certificate “whenever possible” [23] maintaining the mental state of the declarant. [24]

Reproduction of actual words [25] said, verbatim in the record, add credibility and brevity to the dying declaration. A record without paraphrasing or changing the substance of the statement brings out the actual picture before the court. “Actual words of the deceased” are really important in this regard.[ 26]

“The dying declaration recorded in the language used by the declarant acquires added strength and reliability. While it is desirable that the declaration should ideally be reproduced to writing in the language in which it was made, the fact that it was taken down in a different language would not mean that it should be discarded.” [27]

The dying declaration should also be preferably recorded in the format of questions asked and answers told. [28] This activity “enables the Court to see how much was suggested by the examiner and how much was spontaneously produced by the declarant.” [29] A declaration if not recorded under this format, however, will not reject the whole declaration axiomatically. The substance is of supreme importance and not the form. [30]

A declaration should be wholly [31] complete, at least to indicate the substance of culpability leaving no doubt for own mistake, self-defense, or any other reason. [32] If the dying declaration is incomplete but the substance that is sufficient to prove the guilty act is told, in a conclusive interpretation, it is still admissible. [33]

There have been cases where numerous and not the only a single dying declaration is made. In such instances, the reliability rather than the quantity [34] of declarations have to be taken into consideration. Since these declarations are plagued by marital perspectives and in-laws tutoring [35], each declaration made has to be dealt with “prudently” [36]. It is also mandated by the court that the substance of each of such declaration should be admitted after taking into consideration, each one of them, individually. [37]

As is evident from the views of Shakespeare and his contemporaries, literature enwraps the “order and belief of society”, which is the basic foundation from where law emerged. And similar is the belief of dying declaration- the mystic death period which confines truth, as best recognized in Shakespearean and Websterian dramas. “Yes, it is [indeed], the best to tell the truth in the houre of death” (Copley, Anthony) “Dying men speak true prophecy” [38] and the “words of dying men be precious even to strangers” [39]. This belief, as perceivable as it is true, has been fairly accommodated under the law of evidence in India and other jurisdictions. The crucial hour of death is indeed the one in which man’s utterances are of huge substance, in an attempt to “explain” before he becomes unexplainable forever.

To check the floodgates and abuse of testimonies, the approach taken by the court to limit declarations of death to the dying person himself sounds less feasible but the court took a pragmatic and progressive stand in reading this approach in concurrence with the facts and circumstances of the case. When a person dying herself testifies the death of another deceased, the gravity of assumed truth is slightly bent even in her favor, which may not be completely admissible, but should be relevant in light of such facts and circumstances.

With ever increasing complexities of crimes and more regard for the mental health of the person, which is in cases of dowry deaths and torture, have a profound influence on the pinnacle of death in the chain of causation, “resulting in death” theory finds equal reasonability.