Analyzing The Impact of Trade Unions and Their Work in India: Their Successes and Challenges 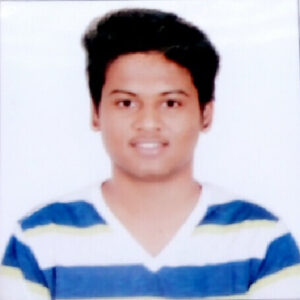 This Blog is written by Soham Kamble from School of Law, University of Mumbai. Edited by Ravikiran Shukre.

Industrial Revolution started in India at the beginning of the 18th century. Indians started building and manufacturing at a large scale. India started producing Cotton, Jute, and Silk in a larger amount. And to do so it needed workmen in great numbers. As the work was intense and at that time there were no specific laws for the workmen they were taken undue advantage of and were harassed by the employers. They were allotted a very minimum amount of Wages for a greater amount of work and were treated with disrespect. To tackle such Irrational behavior workmen started to unite with each other and hence, Trade Unions started forming in India.

Trade unions in India are governed by the Trade Unions Act (TU Act). The TU Act legalizes the formation of trade unions and provides adequate safeguards for trade unions’ activities. According to the Constitution, all citizens have the right to form associations or unions or co-operative societies. The Trade Union Act defines a trade union as any combination, whether temporary or permanent, formed primarily for the purpose of regulating the relations between workmen and employers or between workmen and workmen, or between employers and employers, or for imposing restrictive conditions on the conduct of any trade or business, and includes any federation of two or more trade unions. A Trade Union must get registered by depositing the application to the Registrar, along with a copy of the rules of the Trade Union and a statement containing the following particulars: names, occupations, and addresses of the members making the application; the name of the Trade Union and the address of its head office; and the titles, names, ages, addresses and occupations of the office-bearers of the Trade Union. The Registrar, on being satisfied that the Trade Union has complied with all the requirements of this Act in regard to registration, shall register the Trade Union by entering in a register and issuing the registration certificate in the prescribed form which is the conclusive evidence that the Trade Union has been duly registered under this Act.

The Trade Unions in India had an immediate and major impact. There was a large number of people protesting against their unjust. The Trade Unions are usually represented by a Union leader the head of the group who negotiates with the employer on their behalf. As there was an Undue advantage taken by the employers and were provided with minimum wages the employees/workmen came together forming a Union and started skipping work and organizing strikes for improvement of their working conditions. Their demands generally included more Wages, Weekly leave, Health policies, Improved working conditions, and more. As the workmen started skipping work and organizing strikes in number the workload started increasing which created pressure on the employers to deliver the said goods. Eventually, the employers had no option but to negotiate a deal with the Union leader and hence come towards a mutual solution

The biggest challenge faced by unions currently is the growth of privatization. In the 21st century, India has been divided into the Government sector and Private Industries. As there is a major growth in the Private sector the Unions are dying as more and more people have started working in the Service sector which traditionally has lower rates of Unionization than compared to the past where people used to work in the manufacturing field. Another contributing factor to low Unionization has been employer reactions to Unions and their efforts to prevent or reduce their presence. Employers have become more aggressive in their efforts to keep unions out of their workplaces. These efforts have included “delays between petition and election, hiring of management consultants to resist Unionization, and anti-union speech by management, and even illegal actions like threatening to fire employees for union activities.

In India, Trade Unions played a vital role in fighting for the workmen’s rights but as there is a growth in Private industries its Role and Powers are diminishing.